Supporters of the Affordable Care Act hold up signs as the opinion for health care is reported outside of the Supreme Court in Washington. (AP Photo/Jacquelyn Martin)

By a 6-3 vote, the Supreme Court on Thursday rejected the latest challenge to the Affordable Care Act, President Barack Obama’s signature health care law, a ruling that will allow the government to continue providing nationwide tax subsidies to the 8.7 million people currently receiving them to pay for their insurance.

The decision in the case, King v Burwell, represents a landmark affirmation for the president’s most significant domestic policy achievement. A ruling for the challengers would have threatened to unravel a central element of the law: language that provides for subsidies in the roughly three dozen states that have declined to establish a marketplace for the uninsured to shop for individual health plans.

In states that have not set up a marketplace, uninsured Americans are able to purchase plans and receive tax credits through exchanges operated by the federal government. But challengers in the case seized on six words in the law that they argued only allow for subsidies for people purchasing insurance on “an exchange established by the state.” Had they won, federal tax credits in states without their own exchanges would have been unconstitutional. Without those credits, the law would become unsustainable.

But in their second major decision upholding the law — commonly known as Obamacare — justices on the High Court rejected that argument. In his majority opinion, Chief Justice John Roberts wrote, “Congress passed the Affordable Care Act to improve health insurance markets, not to destroy them.”

The case was only the latest in a long line of challenges — both legal and politically ideological — to the Affordable Care Act, since it was first argued in Congress and then signed into law by the president. In the 2010 FRONTLINE film Obama’s Deal, we looked at the contentious debate in Washington around Obamacare, how it came to be passed and some of the arguments that would lay the groundwork for the Supreme Court challenges to the case. You can watch the full film here: 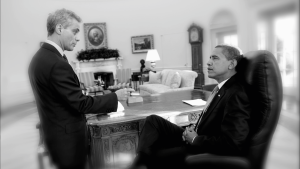