The Military’s Plans for Drones at Home

by
Sarah Childress
FRONTLINE went inside the hidden world of the Air Force pilots who operate Predator drones in Afghanistan from Creech Air Force Base in Indian Springs, Nev. in Digital Nation: Life on the Virtual Frontier, our 2010 film, which is being rebroadcast tonight on many PBS stations. Check local listings or watch the full film online.

With the wars in Afghanistan and Iraq winding down, a recently released report from the Department of Defense offers new insight into the military’s plans for its more than 1,800 drones it says are embedded across all four branches of the military.

One of its biggest goals is to keep up its training regimen. The military has acknowledged that it currently has more drones than trained pilots to fly them. It’s been able to cover the drone demands overseas for now, but wants to fill that gap. And, it’s concerned about its pilots and planes getting rusty in peacetime.

Part of that training will involve target practice to “ensure effective Hellfire engagements” it says in the report, which was first published on insidedefense.com, a defense news site. The army has built model villages on eight bases so far, including Fort Drum in New York, Fort Hood, in Texas, and Fort Bragg in North Carolina, to simulate an urban environment to practice in. But the report says it won’t launch Hellfires in the U.S. — “live missiles will not be fired from UAS platforms at home station,” it notes — and pilots will practice with laser targeting. (UAS is short for unmanned aerial systems, the official name for drones.)

But the bots won’t only be doing dry runs. The report also says that military drones “require routine [national airspace] access in order to execute operational, training, and support missions and to support broader military and civil demands.”

It’s not clear exactly what those broader demands might require, though the report notes military drones could be used to help with Homeland Security missions, disaster relief and search-and-rescue operations. But the Border Patrol’s recent admission that it uses drones for much more than patrolling the borders raises questions about the possibility of mission creep within the military’s drone operations, too.

So far, military drone flights at home have been hampered by limited access to national airspace. Commercial airspace is tightly monitored and controlled by the Federal Aviation Administration, which governs who can fly what, when and where.

The FAA has approached drones warily, largely for safety reasons. Unmanned aircraft are controlled by pilots on the ground, who can’t always dodge obstacles like buildings or commercial airplanes until it’s too late. A law passed in February required the FAA to streamline and speed up its process for approving and monitoring drones, and it’s working on that now.

Our recent story on domestic drones noted that the military is coordinating with drone manufacturers, pilot associations and other government agencies to help the FAA come up with an easier, quicker way to allow authorized groups to fly drones in the U.S.

Its ultimate goal is to gain “routine access” for its drones, just like manned aircraft have today. The report includes a map listing the places across the U.S. where it hopes to field drones by 2017, largely on existing military bases.

In the meantime, in order to fly drones domestically the military has to apply for the same certificates of authorization as police departments, universities and other public institutions. At the moment, the military says it has 88 active certificates — far more than the four included on a previously released list of certificates from the FAA. 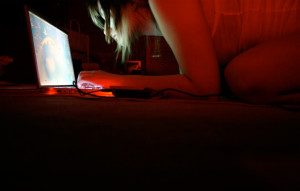