The State of America’s Middle Class in Eight Charts

In 1992, both Tony and Claude had recently lost their manufacturing jobs. For the next 20 years, our cameras followed them and their families as they struggled to avoid poverty. When they could find work, it was often for longer hours, less pay and no benefits. Bills piled up, tensions rose and relationships became strained.

Of course, their story is far from unique. Over the last several decades, the middle class has struggled to keep pace with smaller paychecks, mounting debt and shrinking opportunities for steady work. The following eight charts offer a brief snapshot:

Middle class incomes have shrunk 8.5 percent since 2000, after enjoying mostly steady growth during the previous decade. In 2011, the average income for the middle 60 percent of households stood at $53,042, down from $58,009 at the start of the millennium. 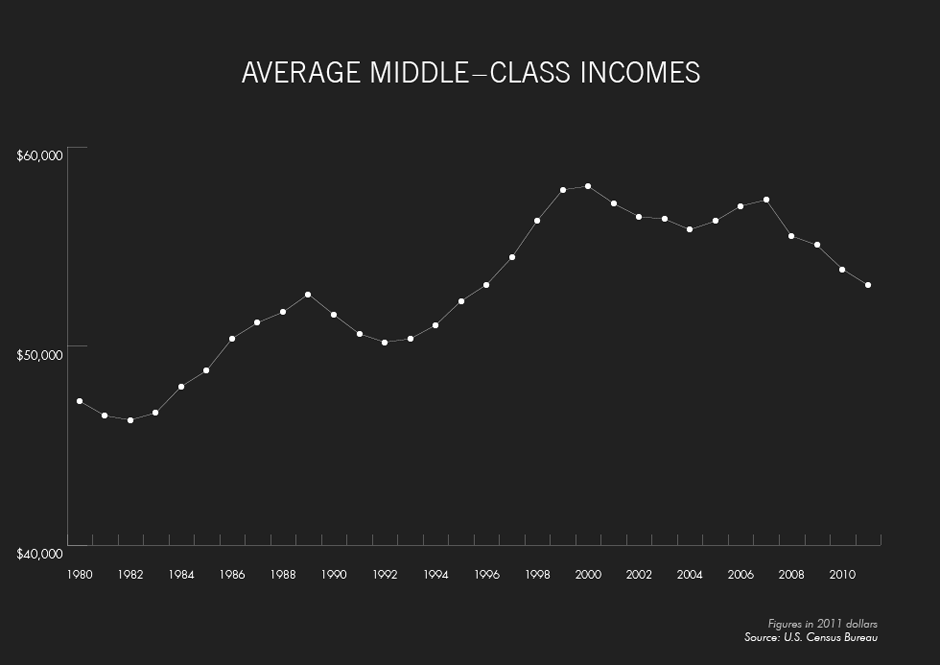 #2: Less income for the middle class 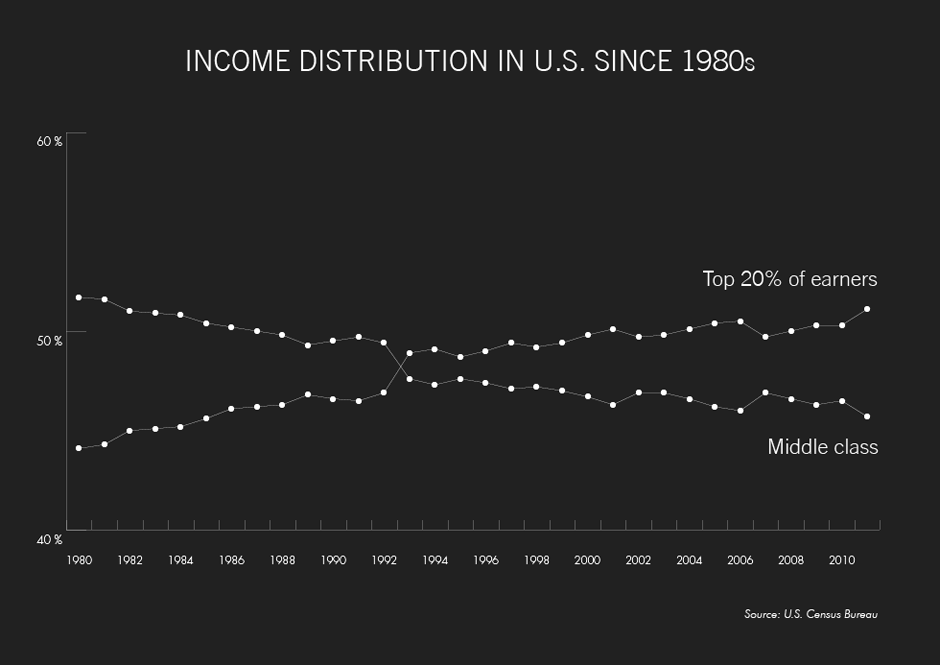 One factor behind the decline in income has been a drop-off in the number of workers earning union salaries. In 2012, the median salary for a unionized worker stood at roughly $49,000. The median pay for their non-union counterparts was just shy of $39,000. Since 1983, however, the share of the population belonging to a labor union has gone from one-in-five workers to just over one-in-ten. 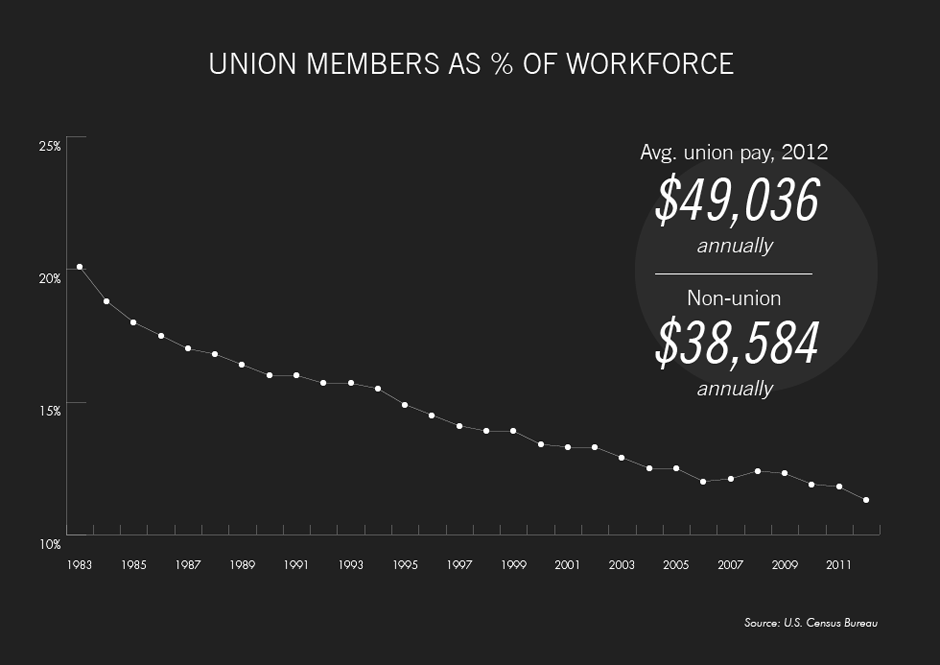 A second factor weighing down pay is the rise in the number of Americans stuck in part-time jobs. In 2012, more than 2.5 million Americans worked part-time jobs because they could not find a full-time position, the most since 1993. 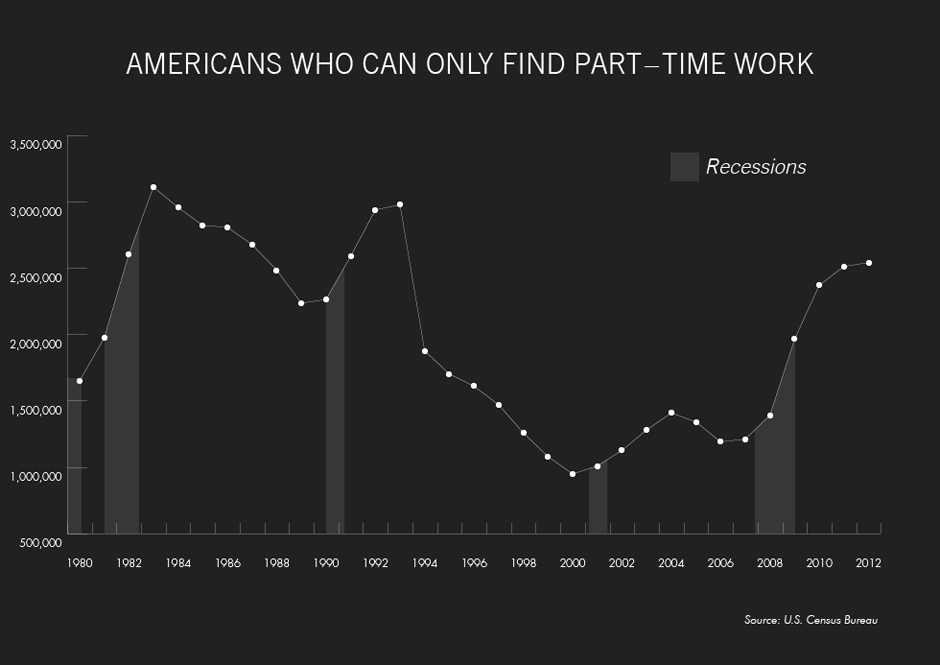 Part of the challenge for job seekers is that U.S. multinational corporations having been hiring less at home. These large, brand-name firms employ roughly a fifth of American workers, but from 1999 to 2008 they shed 2.1 million jobs in the U.S. while adding more than 2.2 million positions abroad. 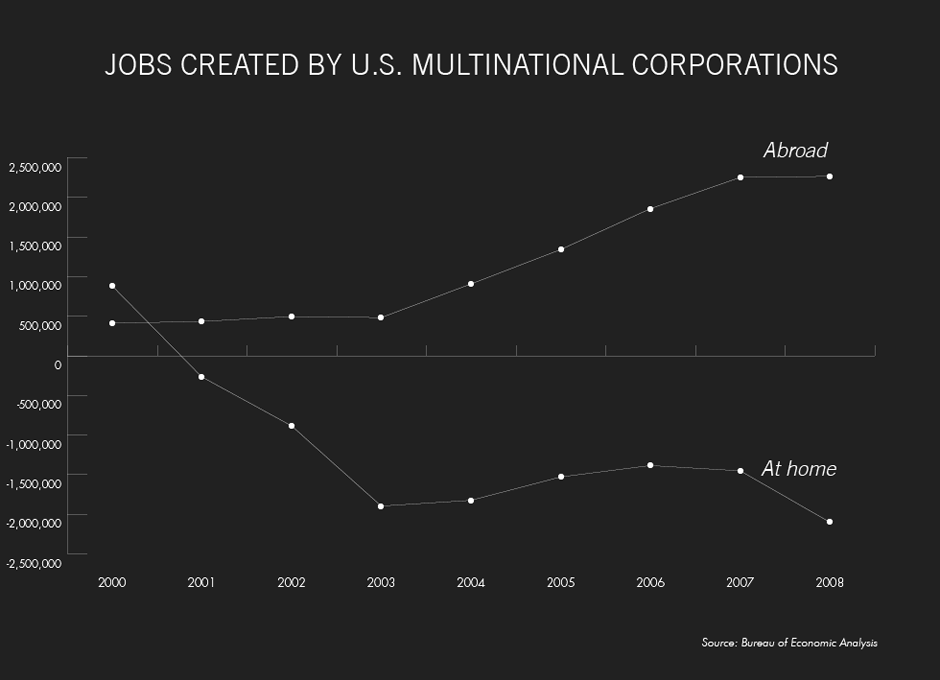 Predictably, the economic pressures facing the middle class have left families deeper in debt. . In 1992, the median level of debt for the middle third of families stood at $32,200. By 2010, that figure had swelled to $84,000, an increase of 161 percent. 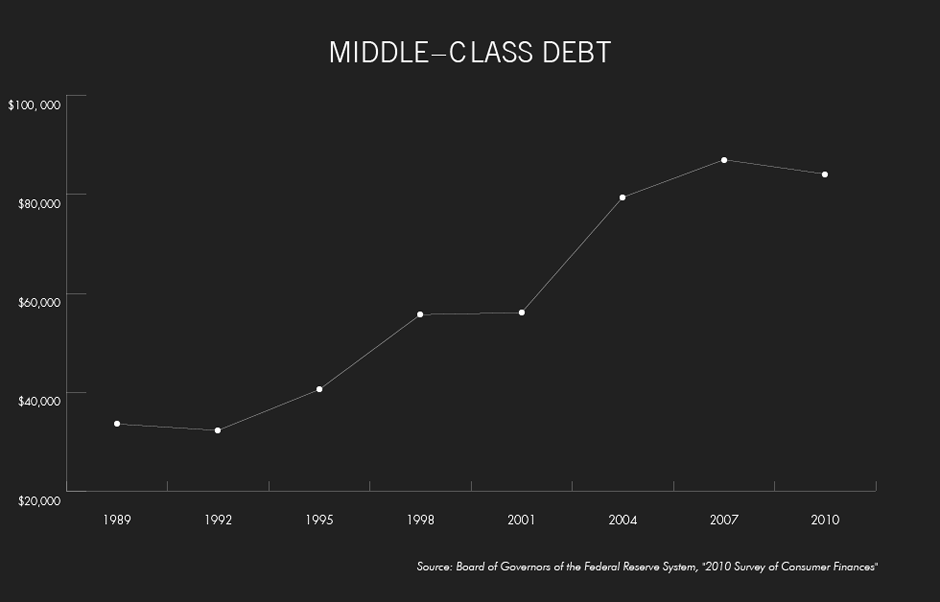 The rise in debt has meant fewer families have the ability to put away money for things like retirement or a child’s tuition bills. In 2001, more than two-thirds of middle class families said they were able to save money in the preceding year. By 2010, that figure was below 55 percent. 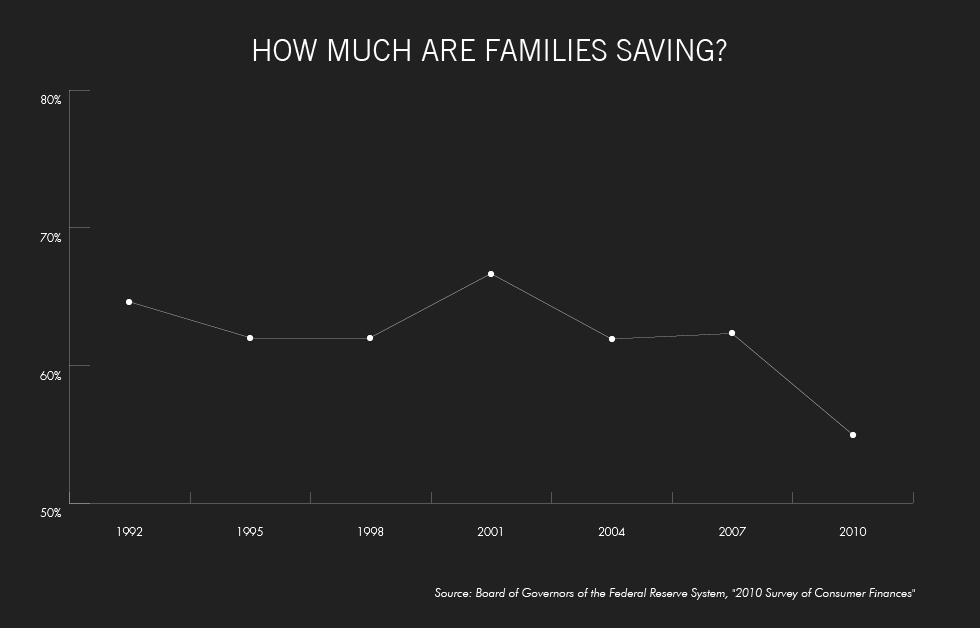 #8: Net worth has plunged

The impact on family net worth — the amount by which assets exceed liabilities — has been painful. In 2007, median net worth peaked at $120, 600. Then came the financial crisis, which pushed millions of Americans into joblessness and home foreclosure. By 2010, net worth had plummeted 36 percent, to $77,300. 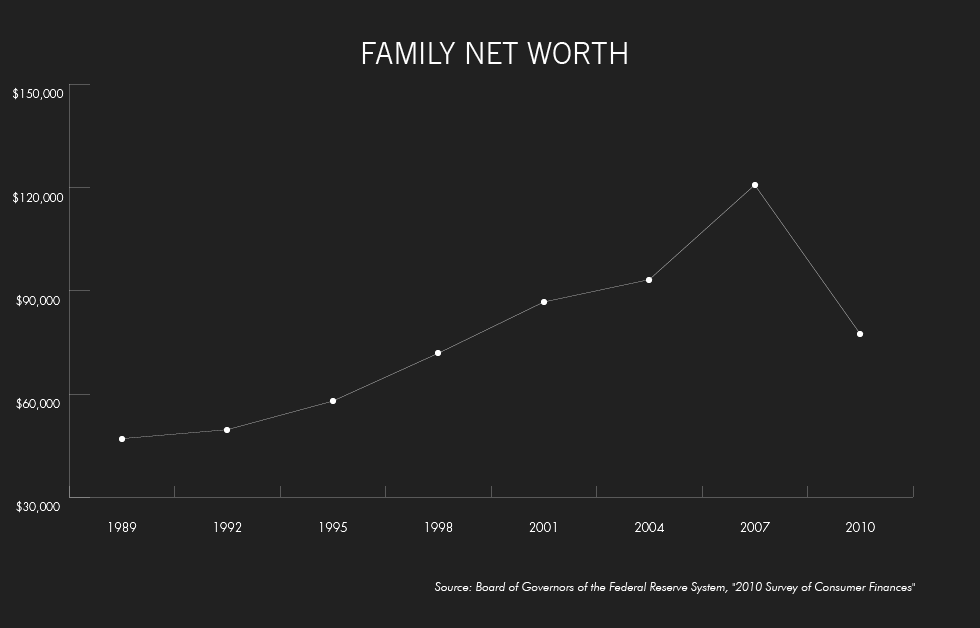 In a scene from the new documentary “American Insurrection,” correspondent A.C. Thompson talks with sociologist Pete Simi about the state of domestic extremism in the U.S.
April 14, 2021
Show more