“There is One More Out There Like Them”: A Survivor’s Story

Photo: Inka with her daughers Dina and Ernessa on their first trip to Krakow. (courtesy Dina Slater)

Filmmaker Marian Marzynski survived the Holocaust in Poland as a child. In his latest film, FRONTLINE’s Never Forget to Lie, he captures the stories of other child survivors, following them back to the Warsaw ghetto in Poland where they once lived and evoking their bittersweet memories of that time. Recently, a woman wrote Marzynski to tell the story of her mother, a child survivor, who saw the film and finally realized she was not alone.

Thank you Marian for your very moving documentary Never Forget to Lie.

My mother, Inka Lautman (nee Freundlich), is a child survivor of the Holocaust, from Poland (Krakow), and she watched Never Forget to Lie on television on PBS last May. She really connected with the film and identified very strongly with all the child survivors who were interviewed. Afterward, she asked if my sister and I would watch it as she felt it could help us to understand her better. 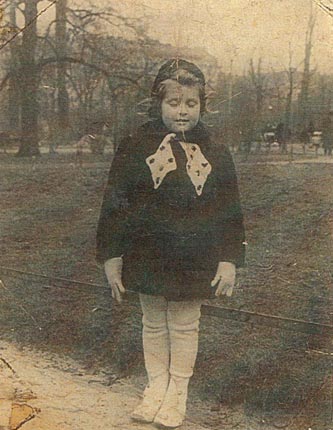 After watching the film, I had a very heartfelt conversation with my mother, and she spoke about her life and about being a child during the war. Although she has a very difficult time speaking about the war, she was very vulnerable and really opened up when we talked.

In 2006 my sister and mother and I did go to Krakow to visit the house where she was born, and then we went to the Krakow ghetto, where she lived with her mother and grandmother from around 1941–42. It was very emotional and difficult for her to revisit her childhood home, especially since her mother Sydonia Flaschenberg (nee Ettinger) had passed away in 2000.

The scenes in your film where the child survivors touch the walls of their homes is exactly what happened with my mother. While we were there, she reverted to being a child. She was literally transported into the past, recollecting the circumstances of her childhood, and she sang many children’s songs in Polish. It was amazing how much she remembered having been so young.

Afterwards, when we returned to New York, she seemed even more devastated than she was before the trip. Her nightmares grew worse, and she seemed more depressed. Nevertheless, it really helped me in terms of my ability to connect more intimately with her situation, understanding more deeply what she experienced, and it gave me a context for everything I had witnessed growing up.

After I told my mother that I had watched the film, she asked me to make contact with you and ask you to inform the other child survivors still out there that “There is one more out there like them.” 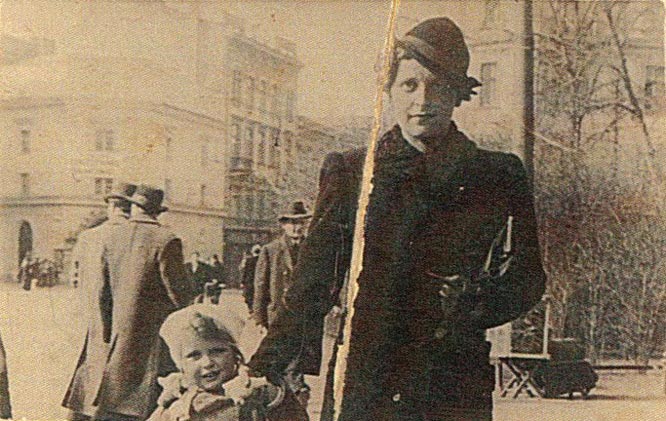 She also said that your film helped her, in that she felt that she was not alone, and that she was not the only one. She said it helped her feel that there was nothing wrong with her, what happened was just wrong. She said she saw herself in the film as one of the little children, and felt the pain all over again, but mostly she felt it shed a light on the situation in a good way. She said:

I had so many little cousins, and we were very close, and they all died as children. It was very painful to grow up with this awareness. Adults who survived this horror had an earlier life before the Holocaust that they could perhaps go back to in memory, but as a child born into this tragedy, there is nothing in memory to cherish or hold on to.

Many of the child survivors, like myself, seem like they never grew out of their childhood. They seem stunted in their development, trying to recapture a childhood they never had. I tried to recapture my childhood by having children and living vicariously through them, giving them what I imagined a great childhood would be like. What I would have wanted for myself, I never had. You can’t go wrong giving a child lots and lots of love, there can never be too much love and safety and security. That’s why it means so much to me to have healthy and happy children. That’s also why I worked for UNICEF—because I wanted to help children who were suffering.

The part that really affected me most in the film was when they went home to Poland and were clinging to the walls. That part really got to me. That’s what happened to me when I went back to Krakow for the first time with you and your sister. I fell apart.

Right after my grandmother died in the ghetto (from dysentery or a heart attack), my mother had arranged to have this man help me escape from the ghetto. My mother had permission to work outside the ghetto, but she couldn’t take me with her. So she asked this man to take me to her office where she would meet me. But at the arranged time, he told me he couldn’t take me. He said, “You have to get yourself out of here by yourself.” To this day, I have no idea and will never know how it happened. Walking from the Krakow ghetto to the other side of the city as a 8-year-old on my own — I don’t know how I did it. The distance was so far, the streets so confusing. How did I find my way over the bridge? I don’t even believe I did it. Somehow I made it and got to my mother. She was waiting for me.

Unlike many of the children in the film who were orphaned or were separated from their parents, either by the Germans or in an attempt to save the children, I was with my mother throughout the war. Mother was a warrior mother, and it was because of her that we survived. She got us out of the ghetto in Krakow before everyone was taken to Auschwitz and the ghetto was closed. She got us to Vienna, far away. She would always tell me, “Don’t worry, my child, everything is going to be alright, and Daddy is watching over us in heaven above.”

I don’t know why, of all the children in my family, only my cousin, Leon, and I survived. What’s the point to survive if I am so unhappy? Every night I have nightmares where I relive my terror, where they are trying to kill me, shooting at me, and nothing can change or fix that. Maybe only in death can I find peace, but it’s a sin to think like that, because it means something to have survived. So few children survived, and it means something. It’s meaningful.

So, thank you, because I feel your film helps to bring meaning to the lives of all children, and all human beings who are persecuted and tortured and oppressed. And for my mother, it may have helped to find some peace or some sense of resolution.