President Donald Trump on Friday pardoned I. Lewis “Scooter” Libby, providing official forgiveness to former Vice President Dick Cheney’s one time chief of staff for his convictions of perjury and obstruction of justice related to the outing of a CIA officer’s identity.

“I don’t know Mr. Libby, but for years I have heard that he has been treated unfairly,” President Trump said in a statement announcing the pardon. “Hopefully, this full pardon will help rectify a very sad portion of his life.”

Libby was convicted for four felonies in 2007 for perjury before a grand jury, lying to the FBI and obstruction of justice during an investigation into how the identity of CIA officer Valerie Plame was made public. Plame was outed in 2003 after her husband, former Ambassador Joseph Wilson, wrote an op-ed in The New York Times calling into question claims made by the Bush administration about the sale of uranium yellowcake from Niger to Iraq. President George W. Bush referenced the sale during his State of the Union address that year to help bolster the case for toppling Saddam Hussein.

The publication of Plame’s identity sparked a four-year-long investigation by Special Counsel Patrick Fitzgerald into who was behind the leak. Though no one would would ever be charged with outing Plame, the investigation would ultimately uncover what appeared to be a covert campaign against the CIA involving top members of the Bush administration, as FRONTLINE examined in the 2006 documentary The Dark Side. In the below scene from the film, Wilson described the leak as a warning to other would-be critics of the case for war, saying:

I’ve always speculated that the reason Mr. Libby … and maybe others were speaking about my wife and impugning my integrity was not so much to get revenge against me, although I think that was a part of it. But the rational reason for doing so was to send a shot across the bow to others who might be willing to come forward and challenge the administration on its use of information to justify the invasion of Iraq.

In his investigation, Fitzgerald discovered that the first administration official to disclose Plame’s identity to a journalist was Richard Armitage, a deputy secretary of state under President Bush. Former Time magazine reporter Matt Cooper also testified that he learned about Plame from former Bush aide Karl Rove. Neither Armitage or Rove were ever charged.

Libby, who pleaded not guilty to the charges, was sentenced to 30 months in prison and fined $250,000. President Bush commuted his sentence in July 2007, but declined to grant a full pardon, a decision that strained his ties with Vice President Cheney.

In explaining the pardon, the White House noted that one of the key witnesses against Libby recanted her testimony in 2015, that Libby was reinstated to the bar by the District of Columbia Court of Appeals, and that his record since his conviction has been “unblemished.”

“For over a dozen years we have suffered under the weight of a terrible injustice,” Libby said in a statement released Friday by his attorney. “To his great credit, President Trump recognized this wrong and would not let it persist.”

The pardon “is definitely not about me,” Plame said in an interview with MSNBC. “It’s absolutely not about Scooter Libby, it’s about Donald Trump and his future. It’s very clear that this is a message he is sending that you can commit crimes against national security and you will be pardoned.” 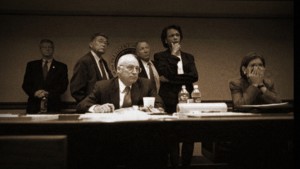