Watch “Ebola Outbreak” With the Filmmaker

Tonight at 7 p.m. ET, the WORLD Channel is hosting a live online screening of FRONTLINE’s Ebola Outbreak simultaneously with its WORLD broadcast. The film will stream online with a live chat in which Wael Dabbous, who produced and directed the documentary, will take your questions.

In collaboration with the Channel 4 foreign affairs series Unreported World, the film  shows firsthand how and why the outbreak has spiraled out of control — and introduces you to families devastated by the virus, and health workers trying to stop it.

Here is the full link for the screening to bookmark in advance and share with your friends: http://bit.ly/FEbola_OVEE.

To take part, you’ll need a good Internet connection, the most recently updated version of your Internet browser and the latest version of Adobe flash player.

We’d like to thank ITVS and The World Channel for partnering with us on this project, and hope you’ll join us.

As for today’s positive news: Ashoka Mukpo, the cameraman who covered the outbreak for NBC News, was found to be free of the illness and is expected to be released from Nebraska Medical Center on Wednesday. And Nina Pham, the Texas nurse who contracted the disease, has had her condition upgraded from fair to good. 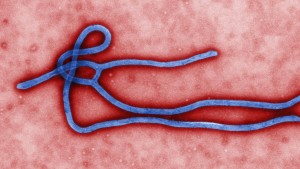