What is the “Middle School Moment”?

What Is the Middle School Moment?

Johns Hopkins researcher Dr. Robert Balfanz has uncovered a series of indicators that he says can predict how likely a student is to drop out of high school: attendance, behavior and course performance, which he describes as the “ABCs.”

In high-poverty schools, if a sixth grade child attends less than 80 percent of the time, receives an unsatisfactory behavior grade in a core course, or fails math or English, there is a 75 percent chance that they will later drop out of high school — absent effective intervention.

Middle schools are generally designed to give younger kids a more intensive level of support. If intervention doesn’t occur until high school, Balfanz says it becomes much harder to “turn kids around and put them back on track.”

For most students, the process of dropping out begins in middle school, when Balfanz says the habits that predict whether or not a student graduates are formed, making it a critical “make or break” period.

And for children in high-poverty areas, the stage can also bring significant new challenges: a 12-year-old girl might become the emergency day care for her family; the children of immigrants may be pulled out of school to be translators; with money tight, children might become involved in the family business. Meanwhile, at this stage adolescents become more vulnerable to gangs, criminal activity, drugs and substance abuse.

Despite it being a critical period, Balfanz says that the “powerful learning time” that occurs in middle school has been neglected by recent reforms, such as President George W. Bush’s No Child Left Behind program, which targeted elementary schools, or other programs that have focused on high schools.

How Does the Model Work?

Based on those findings, Middle School 244, the Bronx school featured in Middle School Moment, modeled its approach around public health principles – pushing “upfront prevention” through targeted interventions for some of the most troubled students, based on the ABC data.

“They need an adult counter force, they need another adult or several adults in the students’ lives who every day is reminding them in simple ways that schooling leads to a good future and you could succeed in school,” says Balfanz. “Someone to say, ‘John, I’m so excited to see you in school today, and I expect to see you tomorrow, and if not you know I’m gonna come get you.’”

Balfanz says schools can do that by organizing teachers into teams that share a common set of kids. These teachers don’t just need to know when and why their students are absent, but they also need to coordinate with the other teachers to determine why he or she might be missing some classes and not others, and who will focus on a particular student when there’s a problem.

Middle School 244 principal Dolores Peterson told FRONTLINE that administrators in her school learned that poor behavior or grades were often the result of something else going on in their home or social lives or their study habits. As a result, administrators reallocated their resources, hiring fewer school aides, redistributing responsibilities amongst the teachers and hiring an additional counselor, so that there was an adult assigned to help every at-risk student and monitor interventions.

Every week at the school, statistics are collected and reviewed by a team of counselors and teachers. The students most in need are flagged, and their assigned counselor organizes an intervention.

Balfanz adds that it’s crucial for teachers to go over the data on a regular basis and make sure they are coordinating and recording their responses to learn what works and what doesn’t for different students.

Can Middle School 244 Be A Model for Others Around the Country?

“Any school can use this system to keep kids on track,” says Balfnaz. He says his team tested the indicators in different cities and states around the country, and found that it held for more than just the high-poverty cities they studied.

While he says attendance, behavior and course performance “were always highly predicative,” he warned that the “cut points” — the exact rate of attendance or poor grades that indicate a student is at risk of dropping of track — may vary based on locality. “The categories were right but that local areas would need to run their own data to figure out what’s the cut point of saying, ‘this is a yellow flag, this is a red flag.’”

But he also also cautions that while teachers are the front line, they won’t be enough to reach every at-risk student. That’s why he argues that schools need to get creative and bring in a “second shift” of adults — national service corps members, volunteers, retired teachers — so that every one in “that group of kids in the middle” has an adult. 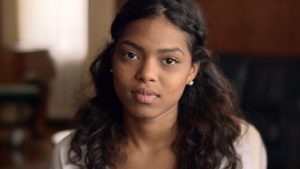