It’s been two months since FRONTLINE left the Neumanns and the Stanleys in Milwaukee. We caught up with Terry Neumann and Keith Stanley to ask how they and their families are doing, why they chose to participate in the film, and what they hope viewers take away from their story. Below are excerpts from those conversations. 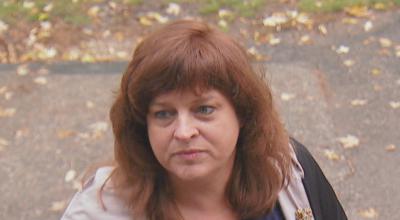 [question]Why did your family decide to participate in the film?[/question]

TERRY: It wasn’t so much to get into my personal life. I did it because I wanted [viewers] to know how devastating it was to families trying to feed their kids and clothe them for school when you don’t have those high-paying jobs.

My kids didn’t want to [participate in Two American Families]. They remembered how they were when they were younger, with the cameras all around them. I said: “You’re older now and you have a say. … You have a chance to say something. Or someone might offer you a job.”

I’m hoping that somebody may see this and see the type of person that I am, and want to hire me. …

When I did the first one there were so many people in the same boat. People’s whole lives were destroyed. I could say I’ve been through this a couple of times up and down, finding bad jobs, good jobs. I said, “I’m not going to give up,” and I [want to] give someone else hope to say, “It’s going to get better.” … I hope it’s going to help people. I really do.

I hope the film will make a difference. That people will stop sniping at one and other and get together and come up with something that works for all people. … I wish I could have a beer with President Obama and make him see what’s happening.

[question]What do you want people to take away from your story?[/question]

Never give up. Just never give up — and be aware of everything that’s going on. The politicians want to point the finger at everybody. They need to find a solution and get better wages so that people can support their families and live the American dream like everybody wants to live.

TERRY still lives in Milwaukee and is saving up to buy a mobile home.

She continues to work at the nursing home, finding satisfying work in the variety of patients that need care. She considered studying to become a registered nurse, but the additional education meant time and money she doesn’t have.

“So I’m getting my feelers out to find out the best avenue without having to do years of schooling,” she said.

Ideally, she’d like to work in a hospital with people who are terminally ill — and see more of her family.

“I miss the family time we had growing up,” Terry said. “I miss a lot of those times around the dinner table. That was always a fun conversational time, and now with us being spread further apart that doesn’t happen as often. The kids were over here for breakfast [on a recent weekend] because I had it off, and it was just fun. It’s getting back to — not like it used to be, but it’s getting there.”

DANIEL found a job at an auto repair shop with a manager who is willing to work around his school schedule. He’s “really excited,” Terry said, after hearing the news. “He was talking my ear off.”

Although he’s finished his automotive classes, Daniel wants to work toward additional certifications that will qualify him to do more advanced work — and allow him to earn more money.

KARISSA is still working for the hospital in the Aurora chain. Her husband Anthony drives her back and forth to work each day, and continues to work part time as a computer consultant. But the relatives the couple has been living with are being evicted — they’re five months behind on the rent. Karissa and Anthony are trying to figure out where they will move next. 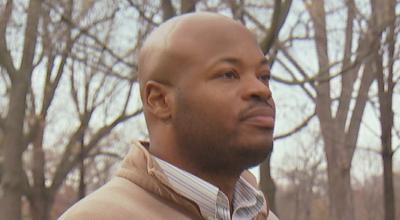 [question]Why did your family decide to participate in the film?[/question]

KEITH: At the beginning, I think it was maybe a little bit of, “This is interesting. Let’s see what happens if we open our lives up and let people know what’s happening.”

My parents believe that if you work hard, you can scrape out some kind of living, and if you have principles and values in your life, at some point you can make it out OK. They wanted to let people know that we’re working hard. Sharing that story was really good for them.

[For this film], they said, “We’re fine sharing our story, letting people know where we’ve landed.” This past decade has been difficult, and they don’t mind sharing the story about how they tried to overcome these obstacles. It’s been a difficult ride, and they still keep pushing forward.

[question]What do you want people to take away from your story?[/question]

KEITH: People should know we’re survivors. It’s been difficult, it’s been challenging. But we all go through that, trying to figure out our life. Things are not as easy as they were a generation ago. So the realities of my dad when he got out of high school and my brothers is totally different. Some things have changed as far as America, and what we thought, but we’re not going to give up. … We want to let people to know that we can keep going despite these ups and downs that we go through in life.

CLAUDE is still working for the city of Milwaukee, and continues to preach to a small group at the Central City building he and Jackie own.

JACKIE continues her work in real estate, although the market still hasn’t rebounded to pre-2008 levels. She’s also still involved in volunteering at Meta House, and with the church.

NICOLE is still in Virginia, working for an area municipality and doing well.

KEITH is leaving his job with the city to become executive director of the Avenues West Association, a local nonprofit organization that promotes business and economic development. His nephew, KEVIN, will be a senior in high school next year, and still lives with him. “He’s a 17-year old who can eat three or four Whoppers without thinking about it,” Keith told FRONTLINE recently.

Keith said the family, concerned about the conditions at the local public schools, had scraped together funds to send Kevin to a private Lutheran school instead. “It’s a major cost,” Keith said. “We’re trying to eat it as a family, and it’s a big challenge. … But he’s a good kid, and I support him.”

KLAUDALE continues his work for a private contractor, based in Camp Leatherneck in Afghanistan. CLAUDE JR. is in Milwaukee, still looking for work.

OMEGA recently got a job with a local company in sales and client relations.

Together, the family has set up a Facebook page.

New Generation of Wisconsin Dairy Farmers Look for a Future That Keeps Them on the Land, Following Their Passion

The collapse of small dairy farms has been changing the landscape of Wisconsin — literally and figuratively — for years. Thousands of family farms are weighing their future, questioning whether they should keep going when the next round of hard times, which never seems far away, could force them out of business.
January 21, 2021

America's Dairyland: The Next Generation

Taking Office in a Time of Crisis: 16 Documentaries on Key Issues Biden Inherits

These 16 FRONTLINE documentaries offer context on some of the biggest challenges the new administration faces.
January 19, 2021
Show more