Voting in Mississippi on Tuesday, June 3, 2014. This election marks the inaugural use of the state's voter ID law. (AP Photo/Rogelio V. Solis)

Voters going to the polls in Texas starting this week will have to show one of a few specific forms of photo ID under a controversial new law upheld by the U.S. Supreme Court over the weekend.

The Texas law — along with 15 other voter ID laws passed since 2010 — was billed as a way to prevent people from impersonating eligible voters at the polls.

But voter ID laws don’t address what appears to be a more common source of voter fraud: mail-in absentee ballots.

A FRONTLINE analysis of voting laws nationwide found that only six of the 31 states that require ID at the polls apply those standards to absentee voters, who are generally whiter and older than in-person voters. And two states with strict photo ID policies for in-person voters — Rhode Island and Georgia — have recently passed bills that allow anyone to mail in a ballot. 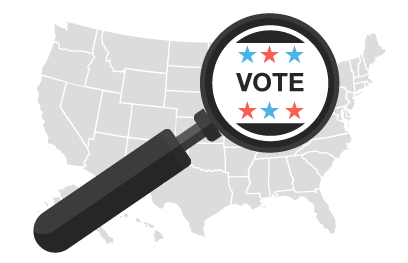 Voter fraud generally rarely happens. When it does, election law experts say it happens more often through mail-in ballots than people impersonating eligible voters at the polls. An analysis by News21, a journalism project at Arizona State University, found 28 cases of voter fraud convictions since 2000. Of those, 14 percent involved absentee ballot fraud. Voter impersonation, the form of fraud that voter ID laws are designed to prevent, made up only 3.6 percent of those cases. (Other types included double voting, the most common form, at 25 percent, and felons voting when they were prohibited from doing so. But neither of those would be prevented by voter ID laws, either.)

Mark Obenshain, a Republican Virginia state senator who was the primary sponsor of his state’s voter ID law, said that lawmakers tried to balance improving security with maintaining access to the ballot for elderly and disabled people.

“There are good arguments that there are gaps with absentee ballots,” he said. “But the issue is, how can we close that gap without unduly burdening the right to vote?” Obenshain said that these voters might not have access to a scanner or Xerox machine to make a copy of their ID.

And, because absentee ballots must be sent to a voter’s registered address, they are still relatively secure, Obenshain said. “It doesn’t warrant making the voters jump through unnecessary hoops.”

Absentee voters tend to be older and whiter than in-person voters. In 2012, nearly half, or 46 percent, of mail-in voters were aged 60 and older, and more than 75 percent were white, according to an analysis by Michael McDonald, a political science professor at the University of Florida who tracks demographic trends in voting. Older white Americans generally are more likely to vote Republican.

African-Americans, who overwhelmingly vote Democratic, are less likely to use mail-in ballots. Although they make up about 13 percent of the population, only 8 percent voted by mail in 2012.

Either way, most states — nine — of the 16 that have passed stricter voter ID laws since 2010 only allow voters to mail in ballots if they have an excuse, such as an illness, disability or old age.

Who Is Impacted by Voter ID Laws?

Laws that require photo ID at the polls vary, but the strictest laws limit the forms of acceptable documentation to only a handful of cards. For example, in Texas, voters must show one of seven forms of state or federal-issue photo ID, with a valid expiration date: a driver’s license, a personal ID card issued by the state, a concealed handgun license, a military ID, citizenship certificate or a passport. The name on the ID must exactly match the one on the voter rolls.

African-Americans and Latinos are more likely to lack one of these qualifying IDs, according to several estimates. Even when the state offers a free photo ID, these voters, who are disproportionately low-income, may not be able to procure the underlying documents, such as a birth certificate, to obtain one.

In Texas, for example, challengers to the law cited an African-American grandmother who could not afford the $25 to purchase her birth certificate to get an ID, and an elderly African-American veteran and longtime voter who was turned away at the polls in 2013 despite having three types of ID, because none qualified under the new law.

And new research from the Government Accountability Office, an independent agency that prepares reports for members of Congress, suggests that voter ID laws are having an impact at the polls. Turnout dropped among both young people and African-Americans in Kansas and Tennessee after new voter ID requirements took effect in 2012, the study found.

Six of the 16 states that have passed voter ID laws since 2010 have a documented history of discriminating against minority voters. All but one of those states’ laws were put in place after the Supreme Court overturned a key provision of the Voting Rights Act that required them to seek approval from the Justice Department for any voting-law changes.

Courts have so far blocked three ID laws. A state judge struck down Pennsylvania’s law earlier this year, determining that it discriminated against low-income and minority voters. Two weeks ago, the U.S. Supreme Court blocked Wisconsin’s from taking effect for this election, and last week, a state court declared Arkansas’ voter ID law unconstitutional. Lawsuits are currently pending against similar laws in North Carolina and Alabama, though they won’t be decided before the November elections.

Voter ID laws have all been sponsored by Republicans and passed overwhelmingly by Republican legislatures. A conservative U.S. circuit judge, Richard Posner, in a recent scathing critique of these laws, calling the expressed concern about fraud a “a mere fig leaf” and that they instead “appear to be aimed at limiting voting by minorities, particularly blacks.”

Obenshain, the Virginia senator, said his law wasn’t about keeping voters from the polls. “There’s only one class of people who are going to be discouraged from voting, and that’s fraudulent voters.” 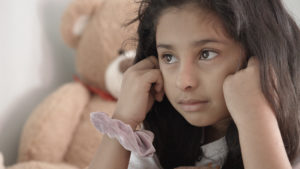