Who's James Carpenter? The Man Who Bought Ohr's Pottery 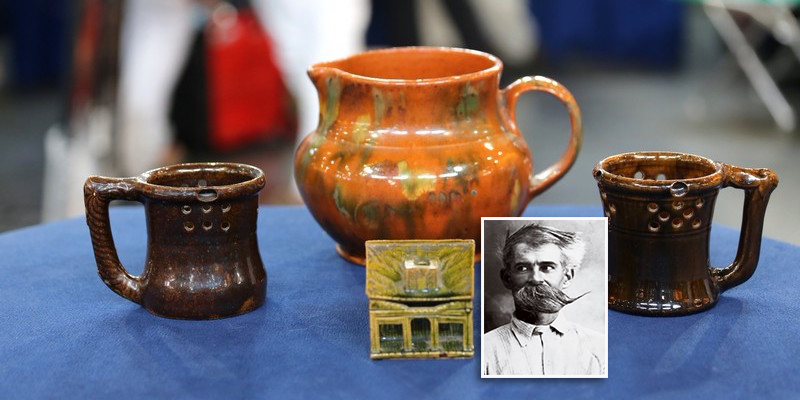 Learn more about the man who purchased thousands of pieces of George Ohr pottery in the 1960s, and was instrumental in developing a market for the "Mad Potter's" work.

At the July 2017 ROADSHOW event in New Orleans, a guest named Renee discussed her small collection of George Ohr pottery with appraiser David Lackey. She told him that she'd inherited the earthy pieces — a dappled orange pitcher, two puzzle mugs, an inkwell in the form of a house — from her mother, whose great aunt was married to Ohr. 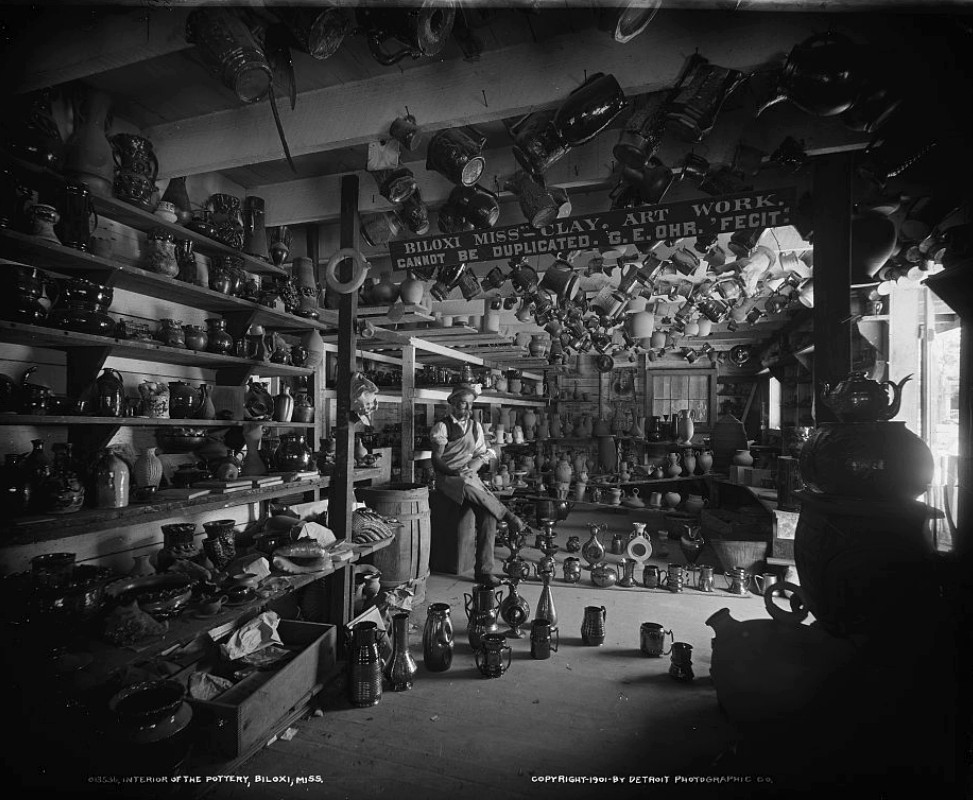 Around 1959 or 1960, Renee says, she and her mother had visited the Ohr family home in Biloxi, Mississippi, where the sheer plenitude of George Ohr's pottery still in storage there made an impression.

"I met what I believe was his daughter," she recalls. "They lived out in the country, and I remember a house and a barn. It was a rural setting. ... And I saw shelves of pottery, and I went inside their house for a little while. It wasn't any mansion, that's for sure, it was just regular people. And from what I can remember, [the pottery] was on tables and it was on shelves. It was everywhere."

Lackey remarked that that would have been several years before "a man came down from the Northeast and bought most of the pottery."

But who was that "man from the Northeast"?

The man Lackey referred to is James Carpenter, a small-town barber from Montague, New Jersey, with a side hustle as an antiques dealer — or maybe vice versa.

In 1968 he and his wife had traveled south on a routine hunting expedition for antique cars and auto parts. Along the way, they encountered the Ohrs' Biloxi homestead and auto junkyard business — together with the family's vast inventory of eccentric, and very dusty, pottery.

Seeing an opportunity, Carpenter made the Ohrs an offer for the whole lot.

And although the Ohr brothers rebuffed his first and a few subsequent offers, they eventually settled on a price (somewhere in the vicinity of $100,000, according to Ohr family oral history). Carpenter personally hauled the cache of some 10,000 pieces — a motley assortment of masterpieces, knickknacks, and everything between — north to New Jersey, outskirts of the big city.

David Rago, another of ROADSHOW's pottery experts and a passionate Ohr connoisseur, has known and worked with Carpenter for over 40 years. Rago says Carpenter deserves credit for patiently introducing Ohr's work into Manhattan's burgeoning art-pottery market during the 1970s and 80s.

According to Rago, Carpenter not only rediscovered Ohr's pottery, he also had the shrewdness and courage to mortgage practically everything he owned to invest in it — "as well as the good fortune to live just an hour outside New York City." From there, he spent a lifetime methodically making good on one savvy gamble.

Read more about David Rago's journey from Ohr-skeptic to full-throated believer in this excerpt from his 2013 essay "I Really Hated Ohr."