One of the most beloved sitcoms of all time, “I Love Lucy” changed the history of television forever.  The life of a scatterbrained housewife with the ability to turn simple chores into unparalleled fiascoes won the hearts of Americans, all while setting new standards for industry technique, archival methods, business and representation. 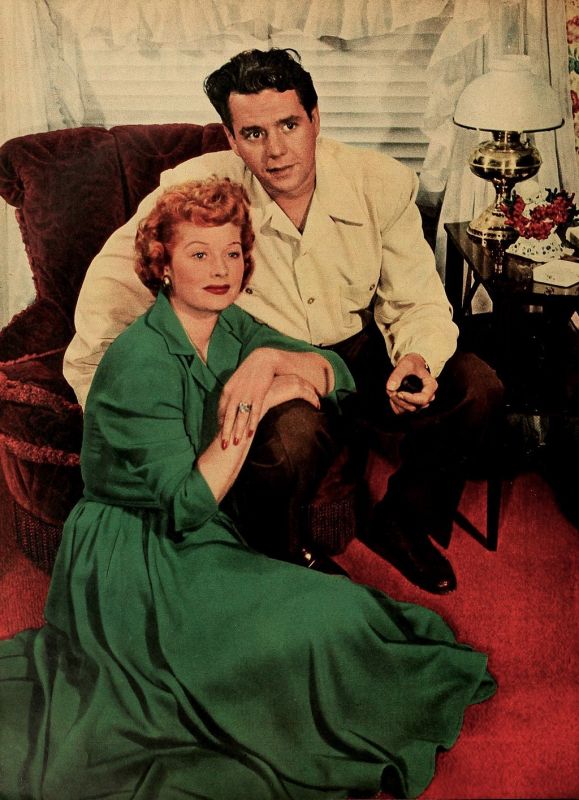 Behind her comedic talent, Lucille Ball was a business pioneer in the television industry. After two successful years of the radio series “My Favorite Husband,” CBS was interested in bringing the act to television. Rather than cast her radio co-star, Ball insisted that the series include her husband, the Cuban band leader Desi Arnaz. CBS was originally hesitant to cast Arnaz, feeling that his Cuban accent and background would alienate audiences. In response, Ball and Arnaz developed a live vaudeville show of their act, proving to the studio that their unparalleled chemistry and talent would resonate with Americans across social and cultural lines.

Together, Ball and Arnaz created the most popular television show of the 1950s, “I Love Lucy,” and formed Desilu Studios – one of the first major independent television studios and what would become an influential industry force.

Originally, CBS planned to base the production of “I Love Lucy” in New York, where the emerging television industry was establishing its foothold. Instead, Ball insisted on remaining in Hollywood, setting a new standard for the modern sitcom for years to come.

At the time, most sitcoms were recorded on kinescope and broadcast live from the east coast (where there were more television owners). Ball and Arnaz did not like the blurry quality of kinescope photography (a method in which a film camera records the image of a television). Utilizing the facilities and equipment available in Hollywood, “I Love Lucy” was instead shot with three cameras on 35mm film in front of a live studio audience. This methodology not only enhanced the physical comedy of its actors by avoiding interruptions, it also allowed Ball to respond naturally to audiences.

Karl Freund, cinematographer on “I Love Lucy,” said “Retakes, a standard procedure on the Hollywood scene, are not desirable in making TV films with audience participation. Dubbed-in laughs are artificial . . . Close-ups, another routine step in standard film-making, were discarded since such glamour treatment stood out like a sore thumb.”

3. Mixing art and life with a visibly pregnant star

“I Love Lucy” was the perfect home for Ball – a place where she could return to the physical comedy she was master of, while working alongside her real life partner.  Ball cultivated a personal image that corresponded to that of her television character and in doing so broke down a profound barrier between actor and audience – a “parasocial” relationship not unlike those flourishing today with TikTok and YouTube stars. For many Americans, tuning in every week to “I Love Lucy” was like catching up with an old friend. Each episode depicting a different aspect of everyday life, finding humor and absurdity in our dreams and frustrations. 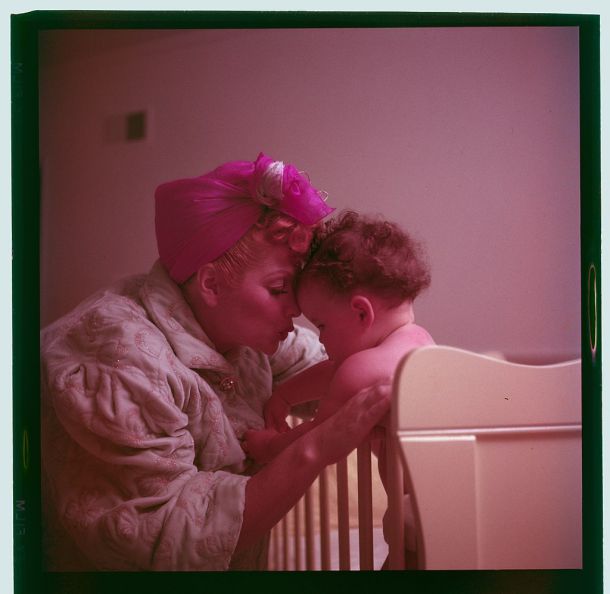 When pregnant with her second child, The Code of Practices for Television Broadcasters prohibited depictions of pregnancy on the air due to its sexual suggestiveness. According to Time,  Arnaz was dismayed by the suggestion that Ball hide her pregnancy, asking “What is so wrong if she has a baby in the show as Lucy Ricardo?”

After negotiations, the producers decided that on the day Ball delivered her son Desi Junior, her on-air persona would do the same – although the word “pregnant” would never actually be used. For many, Ball was a symbol of changing times. Audiences celebrated alongside her – blurring the lines between the character of Lucy Ricardo and Lucille Ball as letters and gifts arrived from around the country celebrating the public occasion.

Setting viewer records, the news made headlines across publications, including the first cover of TV Guide with the caption, “Lucy’s $50,000,000 baby.”

“Because that cover was so widely seen, everyone thought I played Little Ricky, and that’s stuck with me throughout my life,” said Desi Arnaz, Jr.

4. Experimenting with television repeats and syndication

Though we’re now accustomed to the billion-dollar re-run industry, this concept was foreign to audiences at the time of the “I Love Lucy” premiere. Because the series was shot on 35mm film, episodes were able to be preserved in a high quality medium, making the re-run possible.  When Lucy’s pregnancy in season two resulted in CBS rebroadcasting prior episodes, the success in ratings initiated a new formula for syndication. Because Ball and Arnaz originally negotiated lower salaries with CBS, provided that they would retain all rights to the series, Desilu Studios was the first independent studio to profit from off-network syndication.

5. Understanding the possibilities of television with Desilu Studios

Leading television into its golden years, Desilu was behind some of the top shows of its era. The studio not only brought us other comedy shows starring Ball, but also major television series such as “Mission: Impossible“ and “Star Trek.”

Ball’s true legacy can be found in her understanding of the possibilities of television before it understood itself. She saw that it could have the excitement of vaudeville, the wonder of the movies, and come directly to people’s homes with the intimacy of the radio.

In an interview with Barbara Walters in 1977 in which asked if she was a perfectionist, Ball replied, “Perfectionist? I have an attention to detail. That’s the way I learned my craft.” 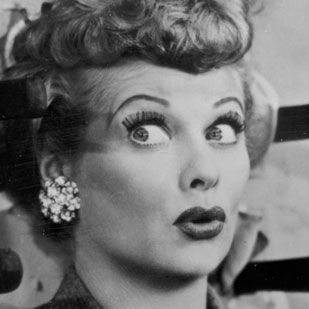