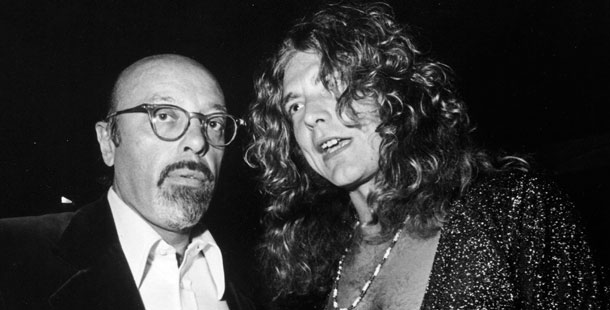 Ahmet Ertegun once told graduates of Berklee College of Music in Boston that he loved jazz, blues and hanging out. From the start, Ertegun devoted his career to what he loved. His incredible life is fully explored in AMERICAN MASTERS Atlantic Records: The House That Ahmet Built. Below are some highlights from Atlantic Records and Ahmet Ertegun:

Raised at embassies in Switzerland, France and England.

Moves with family to Washington, D.C., when his father becomes Turkish ambassador to the U.S.

At age 14, Ertegun’s mother buys him a record cutting machine. Taking a Cootie Williams instrumental, “West End Blues,” he writes lyrics to it. With the instrumental playing on a record player he sings lyrics into the microphone as the record plays.

Graduates from St. John’s College in Annapolis, MD. Goes on to graduate studies in philosophy at Georgetown University in Washington, D.C.

Father dies, is buried at Arlington National Cemetery and, in 1946, his remains are transported back to Turkey on the USS Missouri.

Co-founds Atlantic Records in New York City with friend and jazz fan Herb Abramson (a dental student and A&R man for National Records) and a $10,000 loan from Ertegun’s family dentist. They pick the name after hearing of a label called Pacific Jazz. Atlantic’s first office is in the condemned Jefferson Hotel on 56th Street between Sixth Avenue and Broadway. The living room is used as the office.

Travels to New Orleans to scout Professor Longhair, which convinces the label to incorporate New Orleans sound in recordings. The more sophisticated and jazz-oriented session men are unable to recreate the precise sound, but in the process create the “Atlantic Sound,” which supports all the label’s singers with boogie-based, sax-lead band arrangements that are an internal part of the song.

Ray Charles records a song that marks a stylistic departure, “Mess Around,” written by Ertegun under the name Nugetre.

Begins to produce string of hits for Bobby Darin, including “Splish Splash” and “Mack the Knife.”

Ushers in groundbreaking period in history of white rock and roll, signing Buffalo Springfield, Eric Clapton & Cream, The Rascals, The Bee Gees, Led Zeppelin, Yes, Crosby Stills & Nash (and sometimes Young), and Blind Faith before the decade is out.

Signs the Rolling Stones, an association that lasts 14 years.

Co-founds Cosmos soccer team in New York and serves as president of the club.

Elevated from president to become first chairman/CEO of Atlantic.

Inducted into Rock and Roll Hall of Fame.

Main exhibition hall at new Rock and Roll Hall of Fame and Museum in Cleveland is named for Ahmet Ertegun.

Kid Rock debuts on Top Dog/Lava/Atlantic with Devil Without a Cause.

Honored as a “Living Legend” by United States Library of Congress. 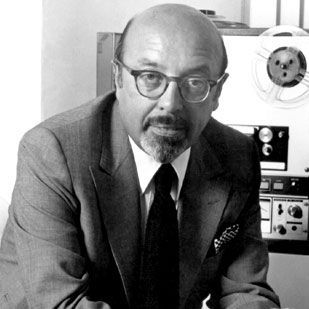 Ray Charles: The Genius of Soul
John Hammond: From Bessie Smith to Bruce Springsteen
Muddy Waters: Can't be Satisfied
John Cage: I have Nothing to Say and I'm Saying It
Neil Young: Won't be Denied
Patsy Cline