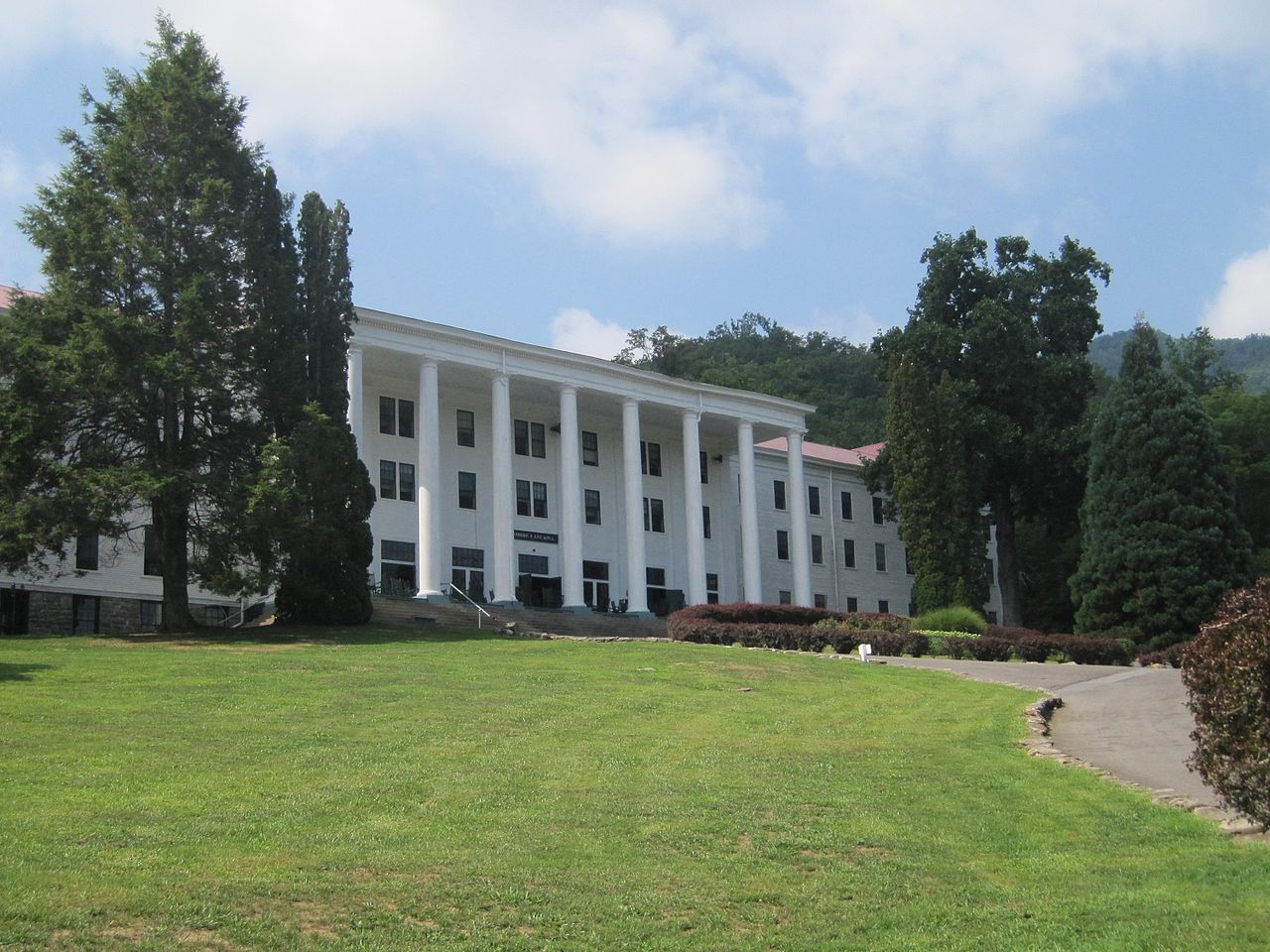 Robert E. Lee Hall, the main building of the YMCA Blue Ridge Assembly in Black Mountain, North Carolina. It was the location of Black Mountain College for its first eight years, 1933-1941.

For a short time in the middle of the twentieth century a small town in North Carolina became a hub of American cultural production. The town was Black Mountain and the reason was Black Mountain College. Founded in 1933 by scholar John A. Rice, the school was a reaction to the more traditional schools of the time. At its core was the assumption that a strong liberal and fine arts education must happen simultaneously inside and outside the classroom. Combining communal living with an informal class structure, Black Mountain created an environment conducive to the interdisciplinary work that was to revolutionize the arts and sciences of its time.

Among Black Mountain’s first professors were the artists Josef and Anni Albers, who had fled Nazi Germany after the closing of the Bauhaus. It was their progressive work in painting and textiles that first attracted students from around the country. Once there, however, students and faculty alike realized that Black Mountain College was one of the few schools sincerely dedicated to educational and artistic experimentation. By the forties, Black Mountain’s faculty included some of the greatest artists and thinkers of its time: Walter Gropius, Jacob Lawrence, Willem de Kooning, Robert Motherwell, John Cage, Alfred Kazin, Merce Cunningham, and Paul Goodman. Students found themselves at the locus of such wide ranging innovations as Buckminster Fuller‘s Geodesic Dome, Charles Olson’s Projective Verse, and some of the first performance art in the U.S.

By the late 40s, word of what was happening in North Carolina had started to spread throughout the country. With a Board of Directors that included William Carlos Williams and Albert Einstein and impressive programs in poetry and photography, Black Mountain had become the ideal of American experimental education. Its concentration on cross-genre arts education would influence the programs of many major American institutions.

In 1953, as many of the students and faculty left for San Francisco and New York, those still at Black Mountain saw the shift in interest and knew the school had run its course. Black Mountain had existed on its own terms, and on its own terms had succeeded in expanding the possibilities of American education. Realizing that they had essentially achieved their goals, they closed their doors forever in 1957. Black Mountain’s legacy continued however, with former students such as painter Robert Rauschenberg, publisher Jonathan Williams, and poet John Wieners bringing the revolutionary spirit of their alma mater to the forefront of a number of other cultural movements and institutions.