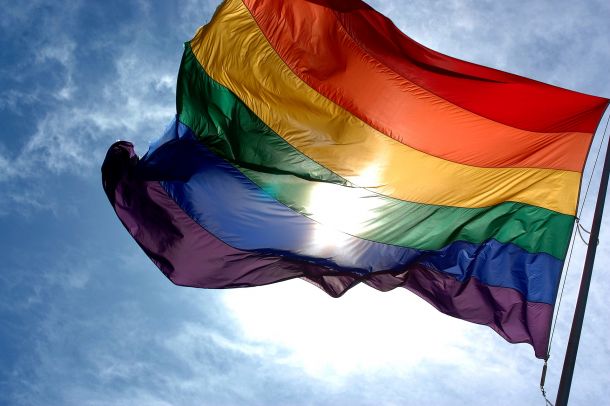 American Masters has told the stories of many LGBTQ+ American cultural icons who lived with their sexuality in diverse, often complicated ways. Some were outspoken and proud of their identity well before there was wider societal acceptance of diverse sexual orientations, others went through great lengths to conceal their sexual orientation, and many lived somewhere in-between. This month, we’ve made available films that tell the stories of Americans that represent different parts of this spectrum, from playwright Terrence McNally, who was an outspoken gay activist, to chef James Beard, who chose to never come out of the closet, and Dr. Margaret Chung who not only challenged norms of race and sexual orientation, but gender as well.

The documentary American Masters – Lorraine Hansberry: Sighted Eyes/Feeling Heart is the first in-depth presentation of Hansberry’s complex life, using her personal papers and archives, including home movies and rare photos, as source material. The film explores the influences that shaped Hansberry’s childhood, future art and activism, as well as her concealed identity as a lesbian and the themes of sexual orientation and societal norms in her works.

America’s First Foodie: The Incredible Life of James Beard tells the story of the Portland, Ore. native, who had the first cooking show on television (1945); who was the author of 22 cookbooks along with a syndicated newspaper column and countless magazine pieces; and who ran an acclaimed cooking school out of his townhouse in New York City. He was a pioneer of the farm-to-table movement, consulting on menus for iconic restaurants such as The Four Seasons, promoting seasonally driven dining. Though he admitted later in his life that he knew he was gay from a young age, he was reluctant to ever come out of the closet, and struggled with the public and private perception of his sexuality during a lifetime when the LGBT civil rights movement grew in voice and scope.

Terrence McNally: Every Act of Life

Playwright, librettist, scriptwriter and outspoken LGBTQ activist Terrence McNally long believed in the power of the arts to transform society and make a difference. Over the course of his long career, he wrote trailblazing plays, musicals, operas and screenplays about sexuality, homophobia, faith, the power of art, and the need to connect and finding meaning in every moment of life.

Rising above challenges, including his abusive alcoholic parents and growing up as a gay teen in a conservative Christian town, McNally overcame his own alcoholism (sparked by Angela Lansbury’s intervention), the deaths of friends and lovers to AIDS and cancer, including fellow playwright Wendy Wasserstein, and his own brutal fight with lung cancer. An outspoken champion of marriage equality and LGBTQ rights, he faced violent protests over his controversial play Corpus Christi (1998) – a gay, modern-day retelling of the story of Jesus – and found lasting love with his husband, producer-lawyer Tom Kirdahy.

Margaret Chung (1889-1959), the eldest of 11 children in a Chinese immigrant family graduated from the University of Southern California Medical School in 1916, making her the first American-born Chinese female doctor. As a student, she was the only woman in her class, dressed in masculine clothing, and called herself ‘Mike.’ Chung was initially denied residencies and internships in hospitals, but went on to become an emergency surgeon in Los Angeles, which was extremely unusual for women at the time. Among many other accomplishments, Chung helped establish WAVES, Women Accepted for Volunteer Emergency Services, the women’s branch of the naval reserves during World War II, which helped pave the way for women’s integration into the U.S armed forces, though she was rejected from serving in it herself likely because of her race and her sexuality.

Gladys Bentley (1907-1960), the eldest of four in a Trinidadian immigrant family, left Philadelphia, Pennsylvania at age 16 to join New York’s Harlem Renaissance jazz scene. She became an instant sensation after performing at the most popular gay speakeasy, the Clam House, and soon toured the country as a pianist and singer. In a time when homosexuality was widely considered sinful and deviant, Bentley wore men’s clothing — a tuxedo and top hat — and became famous for her lesbian-themed lyrics covering popular tunes of the day, and for openly flirting with women in the audience. In the 1950s, succumbing to pressure from the black church and McCarthy Era harassment of the LGBTQ community, Bentley said of her gender identity, “I am a woman again!” and started performing in women’s clothing.