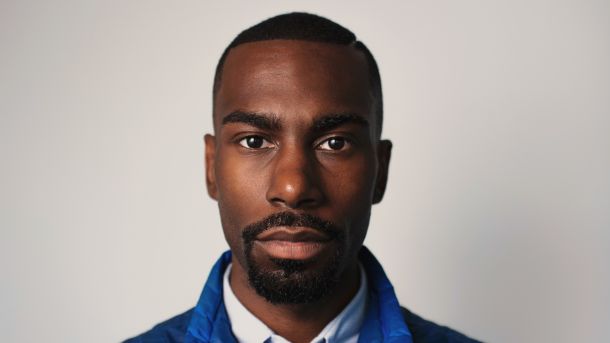 Civil rights activist, community organizer and author DeRay Mckesson is a longtime advocate for police and justice reform. He first rose to prominence as a demonstrator in 2014 on the streets of Ferguson, Missouri, where protests erupted following the murder of Michael Brown by police officer Darren Wilson. Ferguson is seen as the birthplace of the Black Lives Matter movement, of which Mckesson is considered a key figure.

Mckesson, who hosts the social justice podcast “Pod Save The People,” wrote a memoir called “On The Other Side of Freedom: The Case For Hope,” and is the founder of Campaign Zero, a platform focused on ending police violence. In April 2019, he was a guest on the American Masters Podcast, where he spoke about the cultural figures who have inspired him, as well as about some of the issues of police violence, protests and social justice that have now re-surfaced nationally in the wake of more recent police violence against black Americans and protesters.

How do you define yourself [and your mission]?

Mckesson: I was one of the original protesters in Ferguson in August of 2014. I was one of many people who stood in the streets and used my platform online to help people all across the world understand what was happening about not only the death of Mike Brown but what was happening across the country. You know, you think about, what does it mean that we live in a country where a third of all the people killed by strangers are killed by a police officer? We think about issues of mass incarceration, the racial wealth gap. All of those things are things that I spend every day fighting to make sure that we bring equity and justice into the world and the fight continues.

Mckesson: I’m mindful that we exist in a legacy of struggle, that we didn’t invent resistance in 2014 and we didn’t sort of discover injustice for the first time, right? I look to people like Bayard Rustin who was gay and was shunned in the civil rights movement because he was gay. You know, you read his writings and it’s like very plain logic. This is what people challenged.

You know obviously [James] Baldwin was a poet with the way he talked about race and justice. I think about people like Ella Fitzgerald. People like Diane Nash. Diane Nash trained the Freedom Riders. You know, we think about all these young people getting on those buses, but not about what it meant to train them and what that discipline looked like. So those are some of the people that I go to for inspiration who led before.

You also write about James Baldwin’s words on changing the idea of power itself and the idea of domination itself. Can you talk about that idea?

Mckesson: Baldwin has so many gems that people have obviously seen, but he has this great quote that’s like, “Whiteness is a metaphor for power.” And you know what he’s saying in that moment is this notion that whiteness is synonymous with domination, that what happens when you have a country rooted in white supremacy, that creates a dominant culture that necessarily has those vestiges. And part of what we have to do is recognize those vestiges and undo the damage that they’ve done.

We think about this distinction that these great organizers came up with: the difference between “power over” and “power with,” and domination is about “power over.” This idea that there’s a finite set of resources and things out there and that my goal is always to get more than you. It’s like power is like a pizza pie and I want as many slices as possible. But we want to build a world that is about “power with.” This idea that power is actually infinite and expansive and we both gain when we gain. That we can actually build something together better than we can build apart. And it’s not about you having more and me having less. It’s about both of us having what we need.

What would you say to a young kid today that’s looking to get involved in activism?

Mckesson: So many things. Find an issue that you care about and learn it well. The second is know that you have more power than anybody will ever try to tell you or will help you understand. Part of what was the beauty of the protest and continues to be is that there are all these people who have found their voice when they didn’t think they had one. So I can think about all the times I’ve been in the street. And there are these young people or old people who have never imagined that somebody will listen to them. Part of what I think the magic of Ferguson in the first wave of the protests was that all of us, we just walked into the risk. Right? Like we had no reason to believe that we would win and that people would listen, but we walked into the risk anyway, and that would be my advice to people today, is like walk into the risk.

A part of this is a belief that we’re laying the foundation for the next people and I believe that. But when you think about like, if they can rewrite the tax code on the back of paper towels and napkins, then we can actually undo this stuff pretty quickly too. We have to fight for it and have the big dream.

Do you think that kind of change should happen through incrementalism or through radical change?

Mckesson: I don’t know if it’s radical to say that we can feed every single kid every day. A part of this is pushing back on the notion that the things that we ask for are radical. The radical part is that we have to ask for them in the first place, right?

I think it’s actually like a pretty basic idea that like every kid can read and write and we should start talking about it as a basic idea. This idea that that we can have safe communities that aren’t predicated on the police killing people is not radical. That seems pretty basic to me.

This interview was edited and condensed for this article. You can listen to full conversation between DeRay Mckesson and American Masters Podcast producer Joe Skinner here.