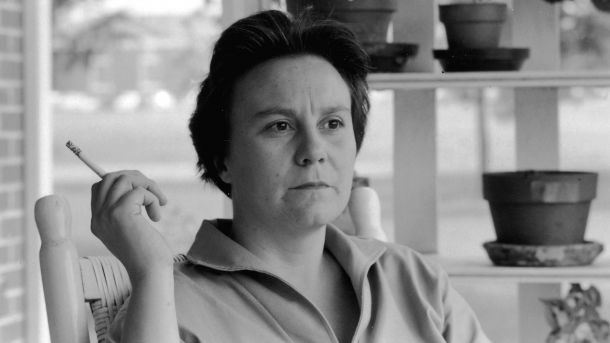 Throughout our broadcast season, American Masters tells the stories of cultural giants whose work has had a profound effect on American society. The American Masters team is pleased to share a curated selection of the latest discourse in arts and culture: here are six articles and essays we enjoyed in December.

This summer, To Kill a Mockingbird was voted America’s most beloved book on the PBS Series The Great American Read and this week, a theatrical adaption of Mockingbird premiered on Broadway. In this context, author Casey Cep revisits the novel’s protagonist Atticus Finch: is he a timeless literary hero or just a hero to his daughter Scout? For more on To Kill A Mockingbird, check out American Masters — Harper Lee: Hey Boo.

Over 100 years after his death, Friedrich Nietzsche’s philosophy and writings remain at the forefront of contemporary discussions of politics and culture. Author Morten Høi Jensen dives into Nietzsche’s later life, exploring the rift between the sickly, unimposing person of  Nietzsche and his bold, controversial works.

Is Rap Finally Ready to Embrace Its Women? Briana Younger

In “Is Rap Finally Ready to Embrace Its Women?,” author Briana Younger argues that women in Hip Hop are creating their own space in the genre through internet platforms such as Spotify, Soundcloud, YouTube, and Instagram. The internet allows female MCs to make music they want to make without the marketing and persona-creation that accompanies a traditional record deal.

Political Poetry Is Hot Again. The Poet Laureate Explores Why, and How Tracy K. Smith

In this essay, Tracy K. Smith — the current American Poet Laureate — explores the shift in American poetry in the decade following 9/11. Smith examines how poets have utilized movement and physicality to break from the tradition of tranquil apolitical American poetry. For more on Tracy K. Smith, check out her interview on the American Masters Podcast.

Blog at The Los Angeles Review of Books December 1st 2018