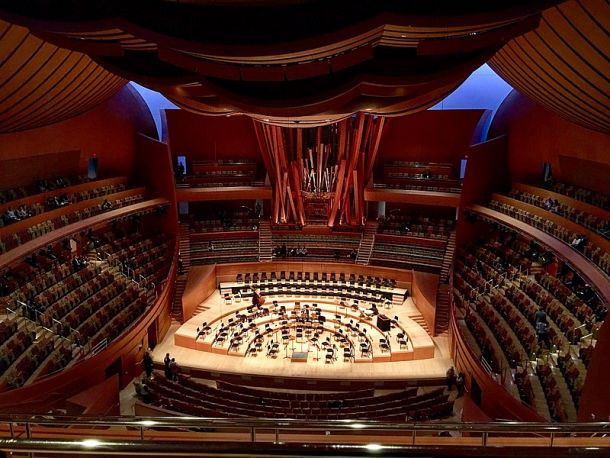 Throughout our broadcast season, American Masters tells the stories of cultural giants whose work has had a profound effect on American society. The American Masters team is pleased to share a curated selection of the latest discourse in arts and culture: here are seven articles and essays we enjoyed in November.

The Radical Splendor of the L.A. Phil Alex Ross

Author Alex Ross visits the L.A. Philharmonic during its centennial season (2018 – 2019), which he describes as the future of ensemble music. For their 100th year, the L.A. Philharmonic has commissioned music from 50 contemporary composers, whose work will be performed alongside classical pieces and visual performance.

In “The Queer Coming-of-Age Movie Arrives,” author Spencer Korhaber analyzes the differences between traditional (heterosexual) adolescent coming-age-films and the relatively new trend of mainstream queer adolescent films such as Call Me by Your Name and Love, Simon. While all coming-of-age films center on identity, Korhaber argues that in traditional teen movies, our protagonists rebel against adulthood’s societal expectations whereas in queer films, “[the protagonists] fear is not that they’ll become their parents, but that they’ll face a future in which that isn’t a possibility.”

James Baldwin’s work is often characterized by the pervasive violence and sadness in his characters’ lives. In “James Baldwin’s Optimism,” author Gabrielle Bellot highlights glimmers of hope in Baldwin’s novel If Beale Street Could Talk. For more on James Baldwin, check out American Masters — James Baldwin: The Price of the Ticket.

Ryan Boyd reviews John Warner’s new book Why They Can’t Write, an exploration of the American public school system’s failure to teach students how to write intuitively and creatively. In “Students Want to Write Well; We Don’t Let Them,” Boyd methodically explains the history and repercussions of the Regan-era educational laws that shifted American teaching standards from an emphasis on intellectual curiosity to an emphasis on grades and standardization.

This month, Harper Publishing released the second volume of The Letters of Sylvia Plath, which contains selected correspondence by Sylvia Plath from 1956 to 1963. In “Sylvia Plath’s Last Letters,” Dan Chiasson examines the letters Plath sent to her longtime friend Ruth Beuscher from 1960 until the week before Plath died in 1963. The seventeen letters between Plath and Beuscher in The Letters of Sylvia Plath were unknown to the public until 2017 and had not been released until Letters’ publishing this month.

In light of the current Whitney retrospective on Andy Warhol, author Mark Rozzo revisits the importance of Warhol’s “Soup Cans,” arguing that they are the most important development in still life since Cézanne. For more on Warhol, check out American Masters — Andy Warhol: A Documentary Film.

Taking Your Child to Work, When Your Job Is Making Theater Michael Paulson

As in many fields, women in theater production are grossly underrepresented at the highest professional levels. In “Taking Your Child to Work, When Your Job Is Making Theater,” author Michael Paulson examines the challenges working parents face in the arts  — such as low pay and irregular freelance hours — and how these challenges disproportionately prevent women from advancing professionally. Throughout the article, Paulson provides examples of women in theater’s attempts at a work-life balance.