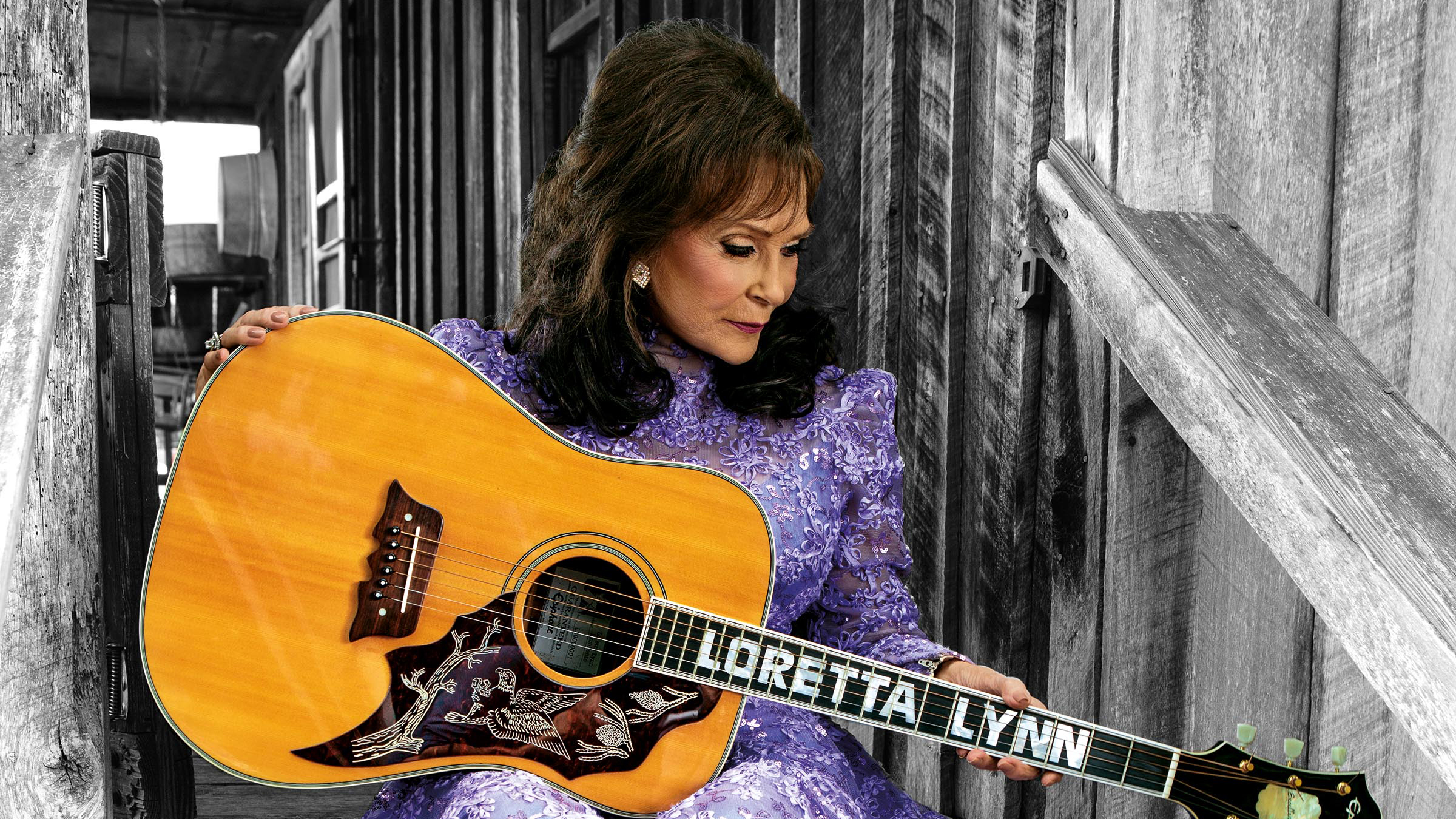 Legacy Recordings announced today that it will release American music icon Loretta Lynn’s Full Circle — her first new studio album in over ten years — on March 4, 2016. Produced by Patsy Lynn Russell (Lynn’s daughter) and John Carter Cash, and recorded at the Cash Cabin Studio in Hendersonville, Tennessee, Full Circle takes listeners on a journey through Loretta’s musical story, from the Appalachian folk songs and gospel music she learned as a child, to new interpretations of her classic hits and country standards, to songs newly-written for the project.

Full Circle is Loretta’s first album of new recordings since Van Lear Rose, her 2004 collaboration with Jack White, which took home a pair of Grammys including Best Country Album of the Year. It is also volume one of the Cash Cabin Recordings, a series of new album projects imagined and created at the Cash Cabin Studio. That cabin itself was built by singer Johnny Cash in 1978 and is where he and June Carter Cash recorded their later music.

The album shares its premiere date with AMERICAN MASTERS Loretta Lynn: Still a Mountain Girl, which will be broadcast Friday, March 4, 2016, 9-11 pm ET on PBS. The film explores the country legend’s hard-fought road to stardom, from her Appalachian roots to the Oscar-winning biopic of her life, Coal Miner’s Daughter, which was based on Lynn’s autobiography. Lynn struggled to balance family and her music career and is still going strong after more than 50 years as a recording artist.

Highlights on Full Circle include “Lay Me Down,” a duet with Willie Nelson (also an American Master); “Everything It Takes,” featuring guest vocals from Elvis Costello; “Whispering Sea,” a new version of the first song Loretta ever wrote; and soulful new renditions of some of Lynn’s classic tunes, including rousing renditions of “Everybody Wants to Go to Heaven” and “Fist City.” The album also includes traditional Appalachian songs from Loretta’s childhood such as “Black Jack David” and “I Never Will Marry.”

Loretta Lynn is known as the Queen of Country Music (and joins the Queen of Soul — Aretha Franklin — in the American Masters series). A self-taught guitarist and songwriter, Lynn was one of the most distinctive performers in Nashville in the 1960s and 1970s. She wrote her own songs, many of which tackled boundary-pushing topics drawn from her own life experiences as a wife and mother. “Coal Miner’s Daughter,” “Fist City” and “Don’t Come Home A’ Drinkin’ (With Lovin’ on Your Mind)” are just three of 16 country No. 1 singles.

Lynn has been inducted into more music Halls of Fame than any female recording artist, including The Country Music Hall of Fame and the Songwriters Hall of Fame, and was the first woman to be named the Country Music Association’s Entertainer of the Year in 1972. Lynn received Kennedy Center Honors in 2003 and a Presidential Medal of Freedom in 2013. She has won four Grammy Awards (including a Grammy Lifetime Achievement Award in 2010) and sold more than 45 million records worldwide.

Whispering Sea (Introduction)
Whispering Sea
Secret Love
Who’s Gonna Miss Me?
Black Jack David
Everybody Wants To Go To Heaven
Always On My Mind
Wine Into Water
In The Pines
Band Of Gold
Fist City
I Never Will Marry
Everything It Takes (featuring Elvis Costello)
Lay Me Down (featuring Willie Nelson)