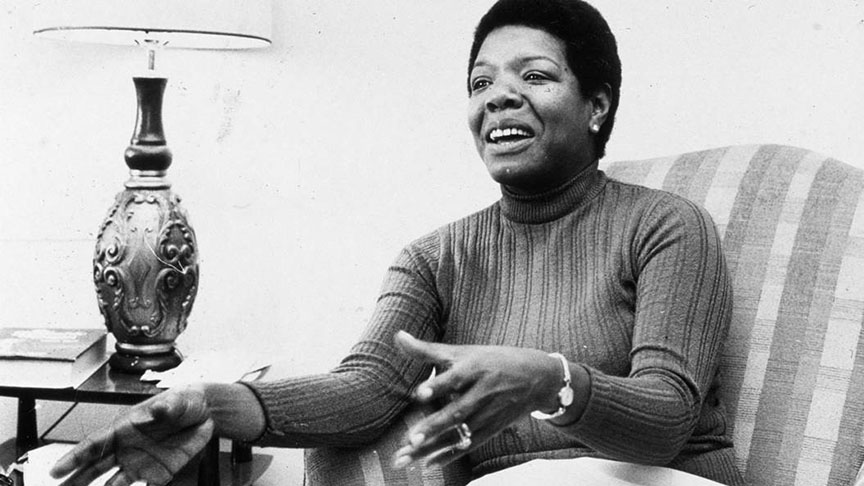 Today marks the three-year anniversary of Dr. Maya Angelou’s death, but it feels like just yesterday. I will never forget that day. I mourned her loss as if I had known her; as if she were family. I’m sure I wasn’t alone in feeling that way – she touched so many throughout her life. That is what makes her legacy so profound: it transcended sex, race, class and religion; everyone can relate to Dr. Angelou’s story. Looking back on her life, you can become overwhelmed with her accomplishments and contributions to the artistic community. Therefore, while it’s extremely difficult I will attempt to highlight five of her greatest legacies.

I Know Why The Caged Bird Sings

Perhaps Dr. Angelou’s greatest legacy of all is her first autobiography, I Know Why the Caged Bird Sings. Despite publishing the book in 1969, Angelou did not shy away from a childhood that was riddled with racism and sexual abuse. It was an honest portrayal of what it was like for a Black woman to come of age in America. Fellow American Master James Baldwin has said I Know Why the Caged Bird Sings “liberates the reader into life,” and called it “a biblical study of life in the midst of death.”

Beyond I Know Why the Caged Bird Sings, Dr. Angelou went on to chronicle almost every year of her life up to her final book, Mom & Me & Mom, which was published on her 85th birthday in 2013 (a year before her death). There are gaps, of course, but together the series captures a true American story. You follow her as she struggles with race and sexual abuse as a child, becomes a mother, searches for love and acceptance in all the wrong places, and ultimately finds her calling as an artist. Dr. Angelou told the story of her life with such authenticity and dignity. The series could be the reason why so many feel so close to the late writer. Through each book, the reader gets an in-depth (and sometimes painful) look into the life of a woman searching for answers, understanding, love and ultimately acceptance. See the cover artwork for each of her books below:

Her Work as a Civil Rights Activist

The common thread through most of Dr. Angelou’s writing is that she is a fighter who very rarely gives up. So it comes as no surprise that she was an activist for the civil liberties of Black Americans and women for decades. She marched through the streets of Harlem after Patrice Lumumba’s murder; when living in Accra, she was part of an expatriate community that included W.E.B. Du Bois; she organized alongside Dr. Martin Luther King Jr.; she joined Malcolm X in planning the Organization of Afro-American Unity; she marched with Gloria Steinem; she inaugurated Bill Clinton; she personally lobbied legislators on behalf of marriage equality. Her list of contributions as an activist goes on and on. Her work and her activism went hand in hand throughout her entire life.

Phenomenal Woman was first published in 1995 as part of Dr. Angelou’s book, Phenomenal Woman: Four Poems Celebrating Women. Today it still stands as a anthem for women everywhere. It is a cry for respectability and self-love that any woman can relate to. It’s also a reminder that regardless of their circumstances, women are powerful beyond measure. Today you may see a woman walking down the street with a shirt that reads boldly and in all caps: PHENOMENAL WOMAN. A few women’s organizations have taken on the poem’s title as the face of their movement to empower women and girls everywhere.

And Still I Rise

Published originally in 1978, And Still I Rise is a metaphor for Dr. Angelou’s entire life. She encountered defeat after defeat in her journey, but she never gave up. In addition to this, it is one of the greatest gifts that she has ever given us. Almost 40 years later, it is still recited as a protest and chanted at rallies. Much like Phenomenal Woman, it is a stark reminder that as a people we can be bent but must never be broken.

We will continue to be in debt to all the great legacies that Dr. Maya Angelou left behind for generations. What do you think her greatest legacy was? Let us know in the comments!