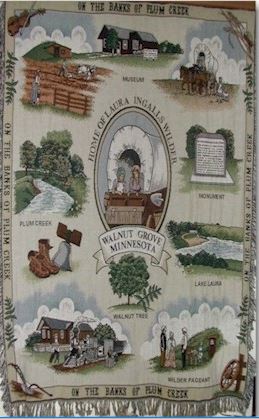 An afghan from the Laura Ingalls Wilder Museum in Walnut Grove, Minnesota was the grand prize of the #ShareYourShelfieContest

In celebration of the upcoming film Laura Ingalls Wilder: Prairie to Page, American Masters hosted a #ShareYourShelfieContest on social media! Entrants were asked to post the most creative photo of their Laura Ingalls Wilder / “Little House on the Prairie” book and/or memorabilia collection for a chance to win an afghan from the Laura Ingalls Wilder Museum in Wilder’s home of Walnut Grove, Minnesota.

With entries pouring in from all around the Wilder fan universe, it was hard to choose a winner. Here were eight of our favorite entries, and scroll all the way down for our winner. 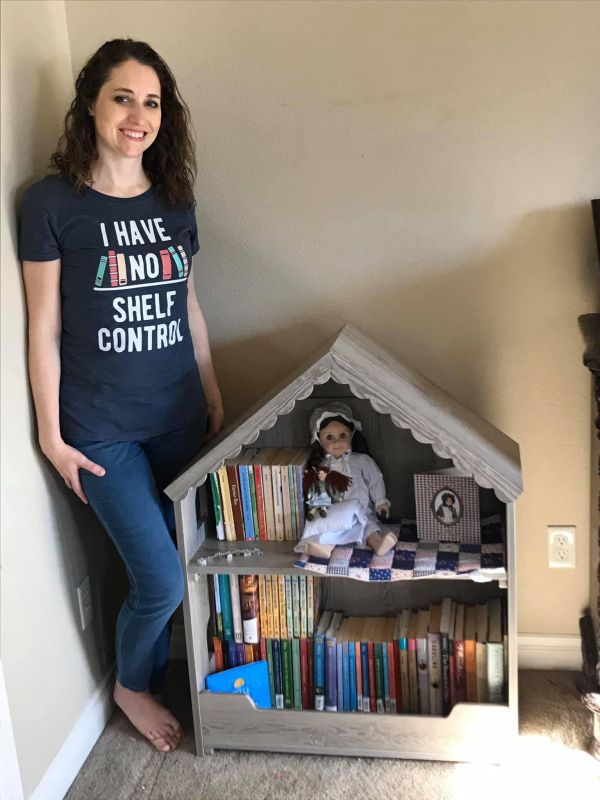 The above shelfie from Dawn Reneau (@dawnraemom via Twitter) features not only a doll-house bookshelf but matching outfit. 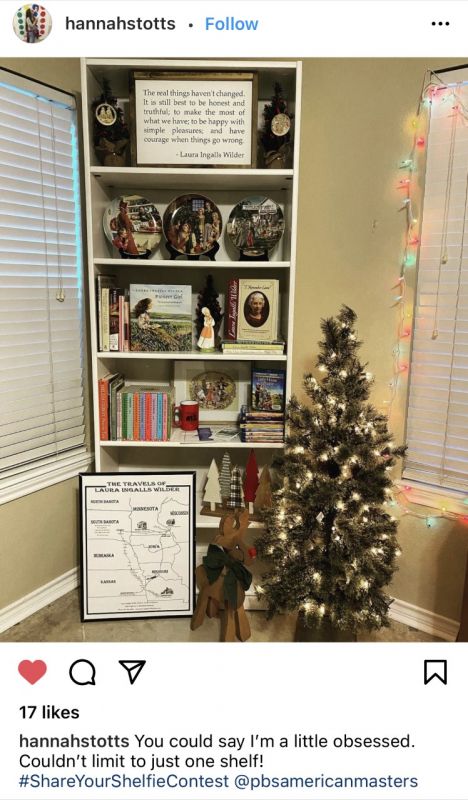 Hannah Stotts (@hannahstotts via Instagram) has so many Wilder mementos that her shelves practically go up to the ceiling. And we love the inspirational quote and map of Wilder’s travels. 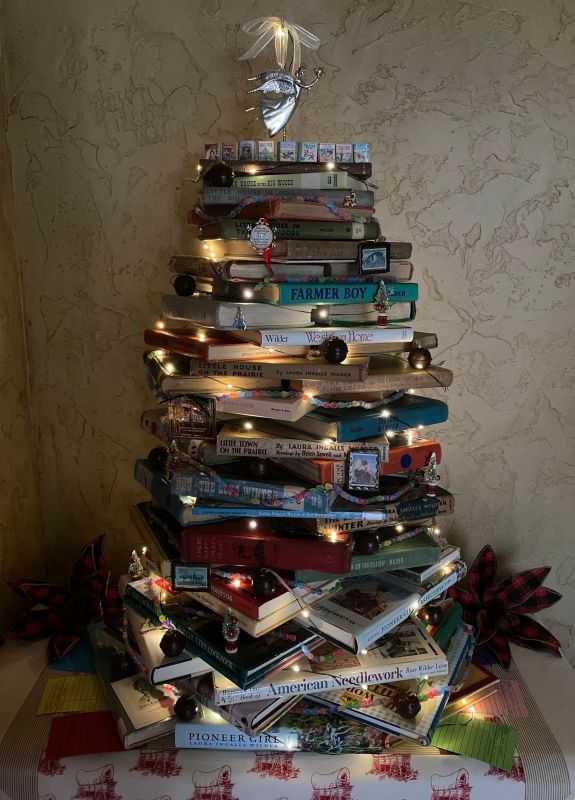 One of the most creative entries was from Joy Hayward via Facebook. Who knew that books could also serve as a Christmas tree decoration? 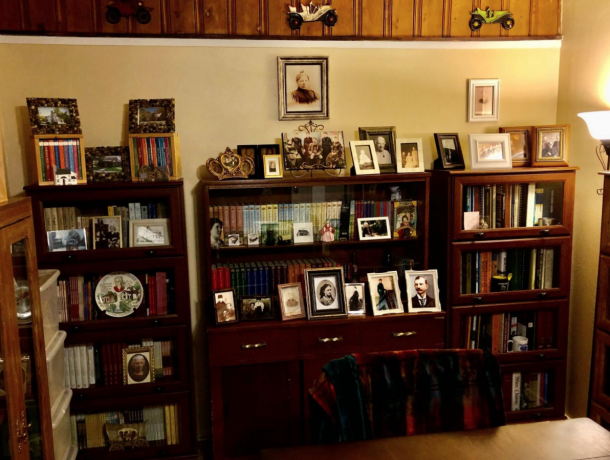 John Bass, who shared his shelfie with us on Facebook, has an entire museum dedicated to Laura Ingalls Wilder! 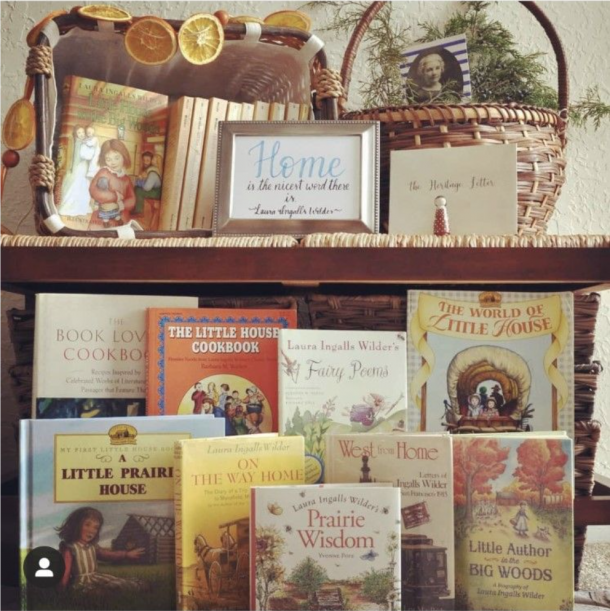 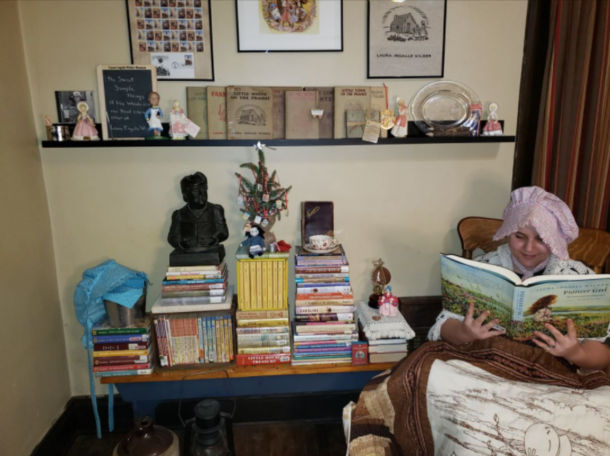 Melissa Southworth shared this Facebook photo with us of her entire wall and matching costume. The only thing missing is a covered wagon.

And the winner is… 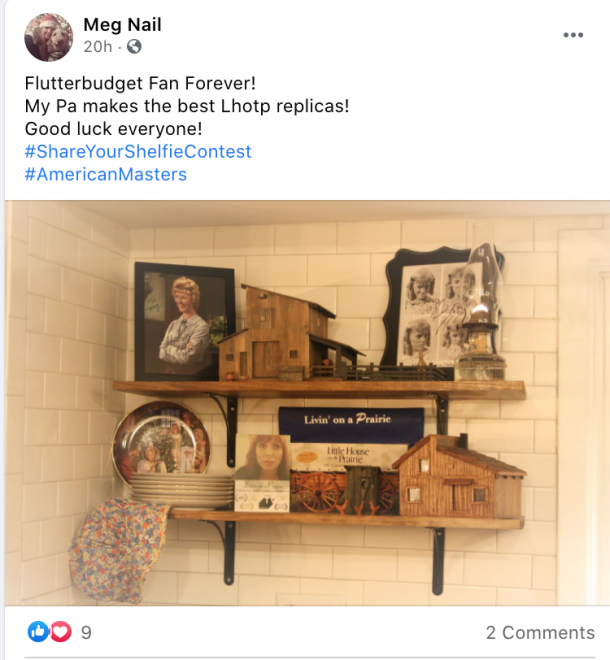 Meg Nail’s shelfie (via Facebook) looks like it could be on the cover of an interior design magazine devoted to frontier style. We love the gas lantern, and the hand-made replicas of pioneer homes blew us away! Congratulations to Meg, winner of a Walnut Grove afghan!