AMERICAN MASTERS interviewed Rebel Music director Jeremy Marre about how his Bob Marley documentary came to be. Here are his answers. 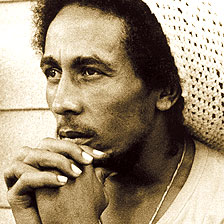 Q: What got you interested in this project? Any past projects that led you to Marley?

Marre Back in the mid ’70s, I made a film called ‘British Reggae’ about the Jamaican musicians who’d brought their music, and families, to the UK. That wetted my appetite for filming the real thing in its real setting: Jamaica. I wanted to show the music as a dynamic political force that reflected the history, politics and aspirations of the island. Which led me to making the first of what turned out to be a 14 hour series on the role of music in different parts of the developing world. It was called ‘Beats of the Heart’ (now distributed on video by Shanachie). The first film in that series was called ‘Roots Rock Reggae’, and was funded by the BBC. I shot for three weeks in Jamaica in 1977, at the height of the political gang wars, and at a time when Reggae music had reached a pinnacle of creativity. The film was rejected by the BBC as ‘musically boring’, but after winning the Milan Grand Prix and getting theatrical release world wide, they transmitted it. It has since been show 7 times on British TV and around the world. In the same series, we filmed in Brazil, China, India, Africa and many other places. I met Bob Marley on that film because, in true Jamaican music-business fashion, his manager (the recently deceased Don Taylor) agreed for me to include Bob in the film. But when editing was finished, Taylor demanded one million dollars in cash, or an injunction to prevent it being shown. I phoned Chris Blackwell (Bob’s producer and owner of Island Records) and was told to expect a visit in the cutting room. The next day in walked Bob with an entourage of ganja-puffing brethren. They watched the film and then disappeared in a cloud of smoke. Next day I got a call from Don Taylor apologizing for his errors and dropping all objections. About twenty years later, I was directing a series called ‘Classic Albums’ (I’d done Paul Simon’s ‘Graceland’ and the Grateful Dead’s ‘American Beauty’) and was asked to make a program about ‘the making of Catch A Fire’, Bob’s first album for Island Records. So it was back to Jamaica, working with Bunny Wailer, Rita Marley, Chris Blackwell and all. A short time after that was shown, I was asked by Mick Csaky of Antelope Films to make a 90 minute profile of Bob. I didn’t like the treatment I was shown and re-wrote it with what I felt would make a strong and relevant story about Marley. That became ‘Rebel Music’.

Q: When did you first become aware of Bob Marley?

JM: In the early seventies. I saw him play in England, and then bought my first Marley records while I was working in New York.

Q: Did you learn anything that surprised you about the subject, while making this film?

JM: Well, first, I wanted to get to the heart of the assassination attempt on Bob. I had some difficulty tracing former CIA agent Philip Agee, but eventually located him in Havana, Cuba. He did a remarkable interview about the CIA’s role in Jamaica, for this film ‘Rebel Music’. That was an eye-opener. I also got to talk at length with people who knew Bob intimately. The delightful (and beautiful) ex-Miss World called Cindy Breakspeare, who was Bob’s girlfriend in the ’70s; I spoke with Rita at length about her life with Bob, his creativity, his weaknesses and strengths, his women, his dreams. And others, like the indomitable Bunny Wailer, who had never really spoken on film about their closeness to Bob. Most of all I learned a great deal about the man himself. And he became less of an enigma, and more of a human being. Which made him the greater in my eyes.

JM: Well, I’ll pass over most of the painful stories. It’s a tough assignment, Bob’s life story. People mostly don’t want to talk, and if they do they have high financial expectations. There were a few struggles, and a few victories too. We persuaded the fearsomely reclusive Coxsone Dodd to take part; the eccentric Lee Perry too, who arrived with his face painted, his hair dyed and he donned a different hat for each answer he gave. Rita made a nail-bitingly late appearance. Then there was Bunny Wailer.. Sadly, several of Bob’s closest colleagues died before or during the filming. It made us feel all the more responsibility for recording this essential piece of Jamaican (and world) history accurately and honestly. Without record company hype, or giving too much credence to the myths surrounding the man. He was great enough without them.

JM: I wanted to give an honest, intimate portrait of Bob and his music. But one set against the broader backdrop of his era: the cold war years of Jamaican internal strife, and Bob’s fight to get his message heard. As Rita says: he used his guitar like an M16. I wanted to portray – as far as possible – the real Bob Marley: depicting his struggles, internal and external, to get his voice heard and to make it count.

JM: Oh, reluctance by people close to Bob to co-operate. Initial difficulties in raising finance. It was just a very slow process of building confidence among people and knocking on doors until they opened (or fell down). But thanks to Channel 4, Susan Lacy at WNET and Mick Csaky at Antelope films (not to mention Chris Blackwell and his team), things fell into place. Besides, I never expected it to be easy.

Q: How do you feel Bob Marley fits into the American Masters library?

JM: Well, I hope. He’s had an enormous impact on the world through his music and politics. His music grew from and fed back into American music. He was a great role model: a man who was focussed, determined, loyal, tough and gentle. He had enormous integrity. Money was never his goal, and he never knew how to spend it. Bob cared. His weaknesses were human weaknesses. His courage was remarkable. I think Bob would grace anyone’s library. And I’m delighted he’s an ‘American Master’. 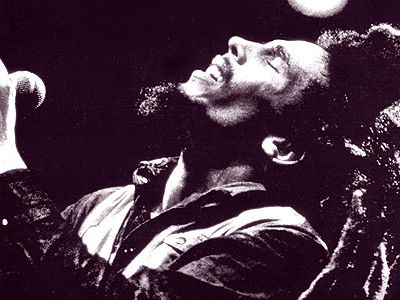 Nat King Cole: The World of Nat Kind Cole
Fats Domino and The Birth of Rock 'n' Roll
Marvin Hamlisch: What He Did For Love
Robert Shaw – Man of Many Voices
Paul Robeson: Here I Stand
Woody Guthrie: Ain't Got No Home