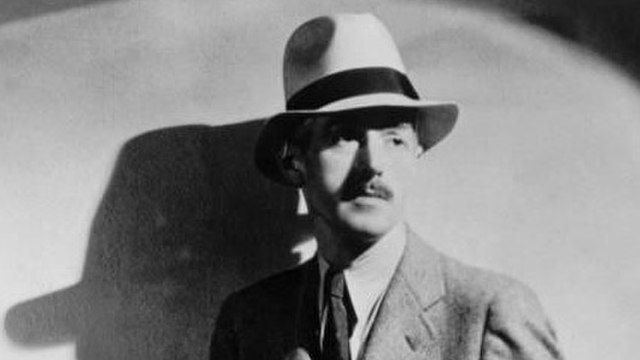 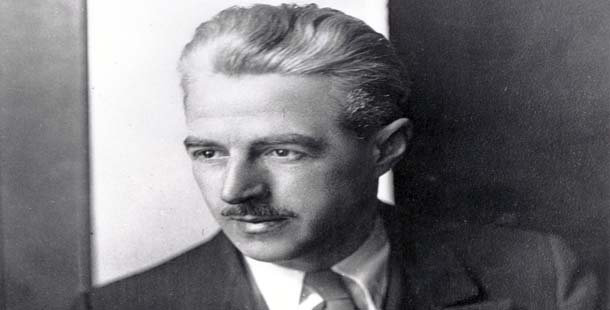 Dashiell Hammett was born on the eastern shore of Maryland in 1894. The second of three children, he dropped out of school at the age of thirteen. He worked a succession of low-paying jobs including freight clerk, railroad laborer, messenger boy, and stevedore. In 1915 he began working on and off as a detective for the Pinkerton Agency. In less than ten years he would be turning these experiences into some of the most popular detective stories of his time. Unlike the intellectualized mysteries of earlier detective novels, Hammett’s less-than-glamorous realism transformed the genre into a serious response to the urban culture of the times.

Hammett spent his early twenties working as a detective in San Francisco before enlisting in the army during World War I. He became a sergeant in the Motor Ambulance Corp, where he contracted tuberculosis. Upon returning from the service, he realized that his ailing health made it impossible to continue as a detective. Quitting the agency, he tried his hand at writing. His first story was published in 1922 by the upscale society magazine THE SMART SET. His new gritty style of detective story, however, was better suited to the pulp crime magazines of the time. In 1923, one of the most popular, BLACK MASK, published his story “Arson Plus.”

For the next several years Hammett would hone his skills as a storyteller in the pages of BLACK MASK. There he introduced a nameless character referred to only as “the Continental Op.” This down-to-earth operative working for the Continental Detective Agency was the antithesis of the glamorous all-knowing investigators that made up much of the detective genre. The “Op,” with his rough speech and matter-of-fact attitude, was incredibly popular. In 1928 he wrote a full-length novel with the “Op,” incorporating much of what he had seen at the Pinkerton Agency. RED HARVEST was a psychological thriller narrated in a voice both penetrating and off-the-cuff. It was the raw, unadorned style of Red Harvest that would come to be known as “hard boiled.” Within a year Hammett published his second book, THE DAIN CURSE. By 1930 he had built a strong following, and decided to branch out with a new character.

For his next novel, Hammett created Sam Spade, a rough and solitary man who worked outside of the law. This independent detective made his first appearance in what was to become Hammett’s most famous book, THE MALTESE FALCON (1930). A story of greed and betrayal, THE MALTESE FALCON went into seven printings in its first year. In the 1941 movie version Humphrey Bogart played a reluctant, yet idealistic detective who epitomized the “hard boiled” hero. He tackled society’s corruption with an unyielding search for the truth, and a lack of concern for what it took to find it.

Hammett followed THE MALTESE FALCON a year later with THE GLASS KEY, a story of political intrigue focused on the social relations of the rich and the corruption of power. The New York Times described it as combining “the tradition of Sherlock Holmes with the style of Ernest Hemingway.” His new-found fame brought him into contact with a number of writers, including Ernest Hemingway. That same year he began a tempestuous affair with the playwright, Lillian Hellman. Hellman was strong, witty, intelligent and socially connected. Their affair introduced him to the thrilling new world of high society. To Hellman’s dismay, Hammett continued his life-long habits of excessive drinking and womanizing. Though their thirty year affair was often rocky, the two remained friends throughout Hammett’s life.

By the mid-thirties Hammett was at the height of his fame. No longer struggling to pay the rent, he moved to Hollywood and lived within the exclusive world of the Hollywood elite. In 1934 he published THE THIN MAN, which portrayed an ex-detective reluctantly investigating a disappearance. At the center of the story was a couple living a liquor-soaked open marriage. Scandalous for the times, THE THIN MAN, was repeatedly censored, but remained Hammett’s greatest commercial success. After THE THIN MAN, Hammett worked for the major studios re-writing other people’s scripts. Though he would continue to write for radio during the forties, THE THIN MAN was to be his final novel.

For the remainder of his life, Hammett dedicated himself to left-wing political involvement and the defense of civil liberties. During World War II, at the age of forty-eight, Hammett enlisted as a private in the army. Three years later he was honorably discharged as a sergeant. Leaving the army, he began to teach writing in New York at a Marxist institute. It was then that Hammett’s political integrity would be challenged. As the president of New York Civil Rights Congress, Hammett had posted bail for a group of communists on trial for conspiracy. When they jumped bail, Hammett was jailed for refusing to give the names of the sources of the bail money. After serving five months in prison, he was let out, only to find that the IRS was charging him with one hundred thousand dollars in back taxes.

Hammett spent the last ten years of his life in a small rural cottage in Katonah, New York. No longer at the center of the literary world, he continued to drink heavily in isolation. In 1955 he suffered a heart attack, and died six years later in New York City. Though his output was limited to only five novels, Hammett remains one of the most influential writers of his time. His introduction of the “hard-boiled” genre has had a profound effect on both television and the movies, and his uncompromisingly vernacular prose has influenced generations of writers as diverse as Raymond Chandler and William Burroughs. 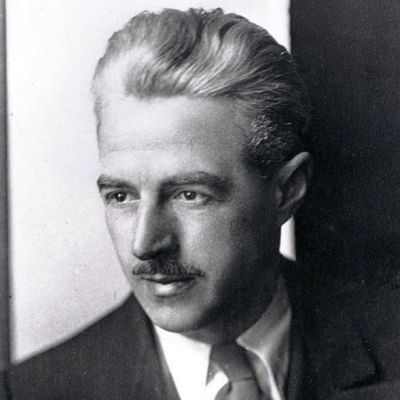