David Geffen’s far-reaching influence — as agent, manager, record industry mogul, Hollywood and Broadway producer, and philanthropist — has helped shape American popular culture for the past four decades. Notoriously press and camera-shy, Geffen reveals himself for the first time in this two-hour documentary.

Starting out in the William Morris Agency mailroom in 1964, Geffen channeled his ambition by devoting himself to his work and perfecting the art of the deal. He launched the early successes of Joni Mitchell, Crosby, Stills and Nash, Jackson Browne, the Eagles, Tom Cruise in Risky Business (1983), and Guns N’ Roses through his companies Geffen/Roberts Management, Asylum Records, Geffen Records, and Geffen Pictures. In 1994 he co-founded DreamWorks SKG with Spielberg and Katzenberg, the first new Hollywood studio in more than 50 years, which went on to release Oscar®-winning Best Pictures American Beauty (1999), Gladiator (2000) and A Beautiful Mind (2001), as well as animated features, including the Shrek franchise. Geffen also produced the Broadway musicals Cats (1982) and Dreamgirls (1981), and helped realize the Golden Globe-winning 2006 film adaptation. Witty and self-aware, Geffen admits, “I have no talent except for being able to enjoy and recognize it in others.”

A multi-millionaire by 1972 and a billionaire by 1995, Geffen became one of the earliest — and consistently one of the largest — contributors to the fight against HIV/AIDS. Through his philanthropic efforts and media heavyweight status, Geffen became an important political voice, first as an early supporter of Bill Clinton and later for Barack Obama, helping harness early support in the creative community during his 2008 presidential campaign.

Notorious for his fierce loyalty, bluntness and chutzpah, Geffen has not avoided conflict or controversy. American Masters Inventing David Geffen addresses his rifts with Laura Nyro, the Eagles, and the Clintons, his lawsuit against Neil Young, his unsuccessful stint at Warner Bros. Pictures, his whirlwind romance with Cher, and his struggles with cancer, homosexuality, and the AIDS-related deaths of his friends, including Michael Bennett. In 2010 Geffen was inducted into the Rock and Roll Hall of Fame and in 2011 he received the GRAMMY Salute To Industry Icons® President’s Merit Award. 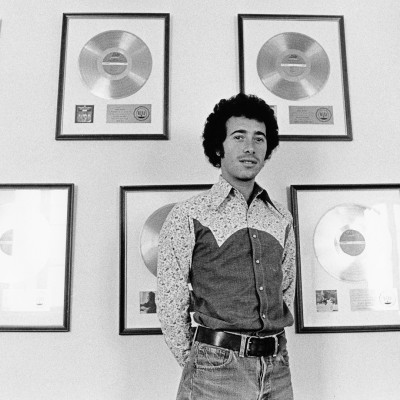 David Geffen
Recording Industry Mogul
Born: Feb 21, 1943
VIEW MASTER COLLECTION
QUOTE
"I’ve always thought that each person invented himself… that we are each a figment of our own imagination. And some people have a greater ability to imagine than others"