Merle Haggard: Learning to Live with Myself

Hailed as "country music's Frank Sinatra" in a recent review of his latest release I AM WHAT I AM (Vanguard Records), American Masters celebrates this "Lonesome Fugitive" in Merle Haggard: Learning to Live with Myself premiering Wednesday, July 21 at 9 p.m. (ET) on PBS (check local listings.)

“I’m living proof that things go wrong in America and I’m also living proof that things can go right,” says Merle Haggard. In Merle Haggard: Learning to Live with Myself, American Masters’ candid documentary about the country music legend, who is often called “the poet of the common man,” tells it like it is. The film features interviews with comrades and fellow musicians including Robert Duvall, John Fogerty, Billy Gibbons, Kris Kristofferson, Keith Richards, Tanya Tucker, Don Was, and Dwight Yoakam, among others. The hardscrabble people with whom he was raised – his juvenile delinquency and incarcerations – still inform his creativity and perspective. Hailed as “country music’s Frank Sinatra” in a recent review of his latest release I AM WHAT I AM (Vanguard Records), American Masters celebrates this “Lonesome Fugitive” in Merle Haggard: Learning to Live with Myself premiering Wednesday, July 21 at 9 p.m. (ET) on PBS (check local listings.)

“When listening to his songs, it has been said that you recognize the truth in the stories he tells,” says Susan Lacy, series creator and executive producer of American Masters, a seven-time winner of the Emmy Award for Outstanding Primetime Non-Fiction Series. “Haggard is an artist who’s still on top of his game and through the ups and downs; he’s remained true to himself and to his music.”

Haggard actually lived the rambling, gambling, love ‘em and leave ‘em, often brutal life that remains the bedrock of country music lyrics – he hopped his first freight train at the age of 10, became a chronic truant and drinker and was locked up some 17 times as a youngster. Serious criminal charges followed, including car theft. He was, literally, in the inmate audience in 1959, when Johnny Cash gave his New Year’s Day concert in San Quentin – and, as he’s said repeatedly, “my life changed forever.”

For Merle Haggard: Learning to Live with Myself, filmmaker Gandulf Hennig followed Haggard with his camera for the past three years – at home on the ranch and on his concert tours. A kind of wandering troubadour, who’s led his band The Strangers since 1965, Haggard is known as a singer’s singer and a guitar player’s guitar player – his voice, his finger picking and his interpretations are like none others. “For me as a documentary filmmaker, it has been a dream come true and at times a challenge,” says Hennig. “Merle is very guarded, at the same time, very honest. As an artist, he is as original and as spontaneous as it gets. Working with Merle, I learned to prepare for the unexpected at all times – it seems that he often doesn’t know himself what he’s going to do next. There is no middle ground with him. It’s not always easy, but it’s always exciting.”

At 73, Haggard recently survived major lung surgery but is now in top physical shape, full of creative juices and hitting new artistic and commercial highs. The contradictions and self-awareness are remarkable. His expressed concern for keeping his music honest in a changing industry and in a changing world is palpable. Confesses Haggard, “I would’ve become a lifetime criminal if music hadn’t saved my ass.” He is currently on tour in support of I AM WHAT I AM, his first new solo album in nearly three years, which debuted Billboard’s Country Chart at #18 and Top 200 Chart at #76.

American Masters Merle Haggard: Learning to Live with Myself is produced by Spothouse GmbH in cooperation with THIRTEEN for American Masters, BBC Music Entertainment, Bayerischer Rundfunk, Rundfunk Berlin-Brandenburg and supported by Filmstiftung NRW and Medienboard Berlin-Brandenburg. Gandulf Hennig is the director and producer. Susan Lacy is the series creator and executive producer of American Masters. American Masters is made possible by the support of the National Endowment for the Arts and by the Corporation for Public Broadcasting. Additional funding for American Masters is provided by Rosalind P. Walter, The Blanche & Irving Laurie Foundation, Jack Rudin, Elizabeth Rosenthal in memory of Rolf W. Rosenthal, The André and Elizabeth Kertész Foundation, Michael & Helen Schaffer Foundation, and public television viewers. 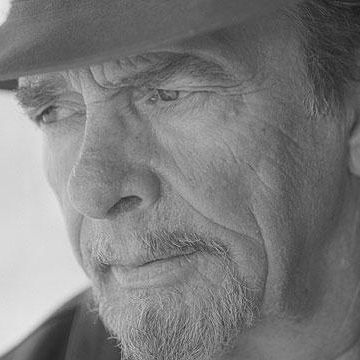