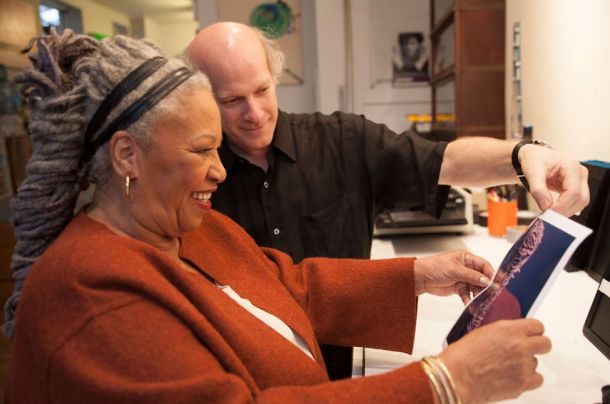 On February 9, 1981, Toni Morrison entered my small East Village photo studio for a Soho News cover shoot. She wore a dark suit with a white blouse and smoked a pipe. I had no photo assistants and hung all of the nine-foot-wide backdrops myself.

At this point in her career she was a full-time writer. “Tar Baby,” her fourth novel, was in print. Her days as an editor at Random House were nearly over, and she no longer needed to teach to support her two sons.

It was an instant friendship. She recognized she could trust me as a photographer, something I always hope for in a photo shoot. This trust continued over the years as I took more portraits for her books and their press. When Vanity Fair profiled her, she insisted that only I could shoot her. They put me on the masthead soon after.

I was thrilled for her when she won the Nobel Prize in Literature in 1993.

In 2006, at a portrait shoot in my studio for “Margaret Garner,” Toni’s new opera based on the “Beloved” story, we discussed all the remarkable black divas she had interviewed for the production. “We should do a book about them – I’ll write the text and you take the photos,” she said. That conversation sparked an idea to document discussions on identity by leading African Americans – musicians, politicians, writers and CEOs. Toni agreed to sit as our first subject. In 2008, my feature length documentary, The Black List: Volume 1, premiered at Sundance and aired on HBO. The project also included my portrait photography, a book and traveling exhibitions. Many volumes and iterations of “List” films followed.

In 2014, I suggested a documentary about her life. At this point, Toni Morrison was world famous but quite private. She was reluctant to talk about herself and hesitant about the hours required for filmed interviews. But she didn’t say no. I explained how important I thought it would be to hear from her friends and colleagues and to capture on film her history, accomplishments and the important themes of her many works. Hers was a monumental life that had impacted the world’s culture. A life that deserved an important documentary. It was also a film I really wanted to make.

Conceptually, of the film’s 13 interviews only Toni would be filmed in my direct-to-camera style. Only she would look into the camera, directly addressing the viewer. Toni was open and intimate, thought-provoking and emotional. The result is powerful and historic. Our long friendship – nearly 38 years – comes through on camera. 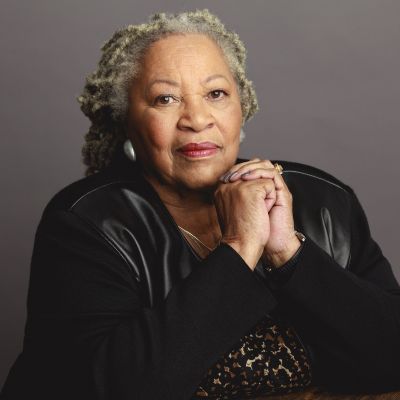 - Toni Morrison is an extraordinary subject in front of the camera.

She came to my East Village studio for a portrait.

I remember very well her confidence.

I was blessed with a subject who was vital, who had great wit, and who had a real profound sense of what's important, who understood as well that the medium of film, who really loved the camera, and the camera loved her.

And all of these things combined made a certain intimacy possible in this film.

'The Pieces I Am' is a line from 'Beloved,' and it's a metaphor for Toni's life.

The novelist, the single mother of two children, the editor at Random House is no way to overstate how important she was as a figure, and opened the door for so many other writers.

It's also a metaphor for the making of a film.

It's a collaboration, what we did.

It's the pieces that came together.