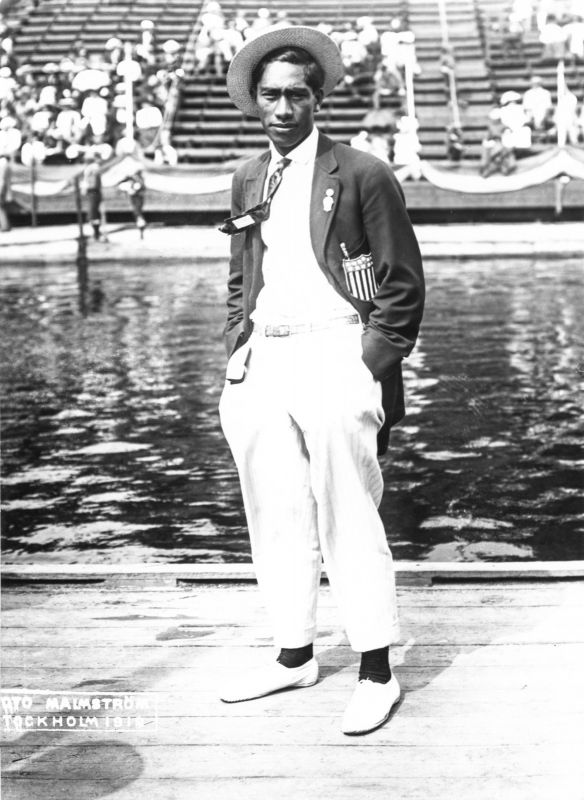 Duke Kahanamoku at the Stockholm Olympics in 1912. Photo courtesy of the DeLaVega Family Collection.

Duke Kahanamoku was born in Honolulu, Hawai’i on August 24, 1890. When he was 3 years old his family moved to Waikīkī, where he spent his childhood learning how to be a waterman. Over the next several decades, Kahanamoku shattered records as a swimmer and brought surfing to the world while overcoming rampant racism in a lifetime of personal challenges. As a dark-skinned Pacific Islander, Kahanamoku broke through racial barriers with athletic accomplishments before Joe Louis, Jesse Owens and Jackie Robinson; yet relatively few outside of Hawaii know the details of his inspiring story and considerable impact. Here is an extensive timeline of the many milestones in the life of Duke Kahanamoku.

Kahanamoku smashes the world record in the 100-yard freestyle in Honolulu Harbor in the first AAU race in Hawaii.

He swims in exhibitions in 30 mainland U.S. cities to raise money for the war effort.

He wins the silver medal in the 100-meter freestyle at the 1924 Paris Olympics.

Kahanamoku rescues eight men from the capsized Thelma in Newport Beach, California and recovers the bodies of many others who perished.

As a surfer, he rides an enormous wave for 1.128 miles at Waikiki – likely the longest ride in modern times.

In a career of many eclectic achievements, Kahanamoku is an alternate for the U.S. water polo team at the Los Angeles Olympic Games.

Appointed Sheriff of Honolulu, Hawaii for the first time. He is re-elected 13 times until the post is abolished in 1960.

Duke Kahanamoku is the official U.S. representative at the Melbourne Olympics.

He is appointed the new state of Hawaii’s Official Ambassador of Aloha.

In his continued presence at Olympic games, Kahanamoku is an official guest at the Tokyo Olympics.

Kahanamoku is inducted into the International Swimming Hall of Fame.

Kahanamoku is also inducted into the Surfing Hall of Fame.

Duke Kahanamoku dies of a heart attack at age 77. A large funeral is held in his honor at Waikiki Beach.

He is posthumously inducted into the U.S. Olympic Hall of Fame.

The inauguration of a Waikiki Beach bronze statue commemorating Duke Kahanamoku on the centennial of his birth.

The inauguration of a statue commemorating Kahanamoku in Freshwater, New South Wales, Australia.

He is named “Surfer of the Century” by Surfer Magazine.

A replica of Duke Kahanamoku’s surfboard is installed at New Brighton Beach, Christchurch, New Zealand to commemorate the 100th anniversary of his visit.

2015
SHARE
STREAM WITH PASSPORT
Waterman – Duke: Ambassador of Aloha
About the Master 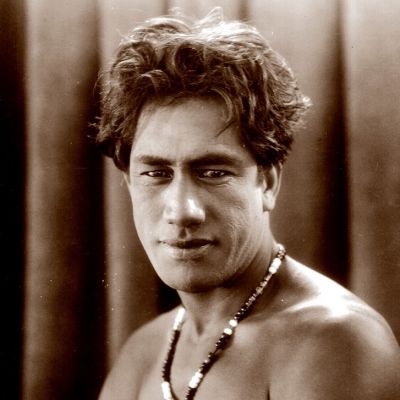 Duke Kahanamoku biography and life timeline
How Native Hawaiian surfers used the ocean as sanctuary
This swimmer invented the freestyle stroke and set the stage for Duke Kahanamoku
Honoring one of the most famous Hawaiians in the world
Hawaiian words and cultural concepts everyone should know
13 nearly forgotten Hollywood films that feature Duke Kahanamoku
6 ways Duke Kahanamoku’s athleticism changed sports
What are the eight islands of Hawaii?
Learn about the rich history of Hawaii