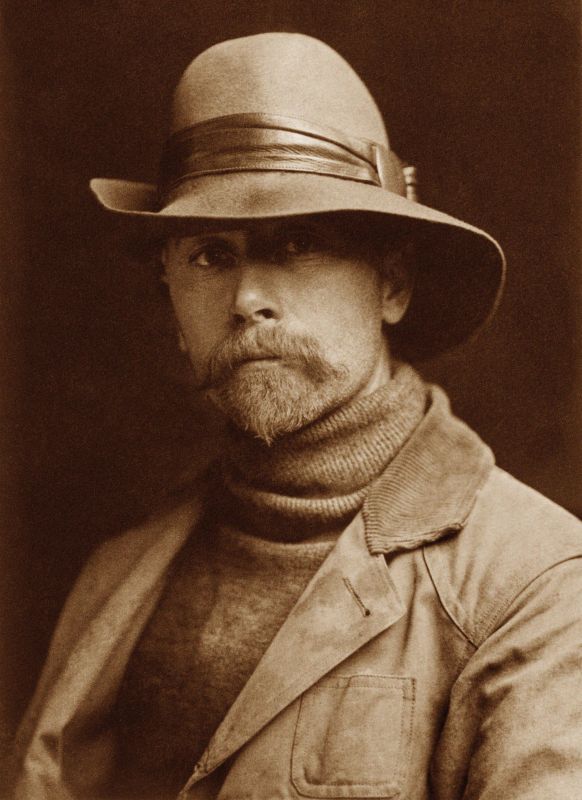 Beginning in 1900 and continuing over the next thirty years, Edward Sheriff Curtis, or the “Shadow Catcher” as he was later called by some of the tribes, took over 40,000 images and recorded rare ethnographic information from over eighty American Indian tribal groups, ranging from the Eskimo or Inuit people of the far north to the Hopi people of the Southwest. He captured the likeness of many important and well-known Indian people of that time, including Geronimo, Chief Joseph, Red Cloud, Medicine Crow and others. This monumental accomplishment is comprised of more than 2,200 sepia toned photogravures bound in twenty volumes of written information and small images and twenty portfolios of larger artistic representations.

Edward S. Curtis was born near Whitewater, Wisconsin in 1868. His father, a Civil War veteran and a Reverend, moved the family to Minnesota, where Edward became interested in photography and soon constructed his own camera and learned how to process the prints. At the age of seventeen he became an apprentice photographer in St. Paul. The family moved near Seattle, Washington, where Edward purchased a second camera and bought a half interest in a photographic studio. He married and the couple had four children.

In 1898 while photographing on Mt. Rainier, Curtis encountered a group of prominent scientists who were lost, among them George Bird Grinnell, a noted Indian expert, who became interested in Curtis’ work and invited him to photograph the Blackfeet Indian people in Montana two years later. It was there that Curtis practiced and developed his photographic skills and project methodology that would guide his lifetime of work among the other Indian tribes.

Such a massive project is almost incomprehensible in this day and age. In addition to the constant struggle for financing, Curtis required the cooperation of the weather, vehicles, mechanical equipment, skilled technicians, scholars and researchers and the Indian tribes as well. He dispatched assistants to make tribal visits months in advance. With the proper arrangements Curtis would travel by horseback or horse drawn wagon over paths or primitive “roads” to visit the tribes in their home territory. Once on site Curtis and his assistants would start work by interviewed the people and then photographing them either outside, in a structure, or inside his studio tent with an adjustable skylight. Employing these and other techniques over his lifetime he captured some of the most beautiful images of the Indian people ever recorded.

One of Curtis’ major goals was to record as much of the people’s way of traditional life as possible. Not content to deal only with the present population, and their arts and industries, he recognized that the present is a result of the past, and the past dimension must be included, as well. Guided by this concept, Curtis made 10,000 wax cylinder recordings of Indian language and music. In addition he took over 40,000 images from over 80 tribes, recorded tribal mythologies and history, and described tribal population, traditional foods, dwellings, clothing, games, ceremonies, burial customs, biographical sketches and other primary source information: all from a living as well as past tradition. Extending the same principle to the photographs, he presented his subjects in a traditional way whenever possible and even supplied a bit of the proper clothing when his subjects had none. Reenactments of battles, moving camp, ceremonies and other past activities were also photographed. These efforts provided extended pleasure to the elders and preserve a rare view of the earlier ways of the people.

With the publication of volume twenty in 1930, the years of struggle finally took their toll with Curtis suffering a physical and nervous break down. The declining interest in the American Indian, the Great depression, and other negative forces slowed, then halted the successful financial completion of the project. Less than 300 sets of “The North American Indian” were sold. Curtis spent the remaining years of his life with his daughter Beth and her husband in Los Angeles. On October 21, 1952 at the age of 84, E. S. Curtis died of a heart attack in Los Angeles, virtually unknown. But what a legacy he recorded for us.

As one admires the beauty of the Curtis photographs they must be placed in a proper perspective. In spite of the dedication and hardships the photographer had to endure, the ultimate beauty of “The North American Indian” lies not only with the genius of Curtis, but also and most importantly, within his subjects. The native beauty, strength, pride, honor, dignity and other admirable characteristics may have been recorded by photographic techniques, but they were first an integral part of the people. While Curtis was a master technician, the Indian people possessed the beauty and their descendants carry on these same traits today. 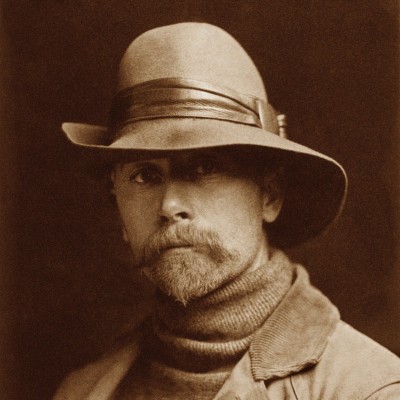