During his short life, George Gershwin penned a number of America's most recognizable pieces of music. 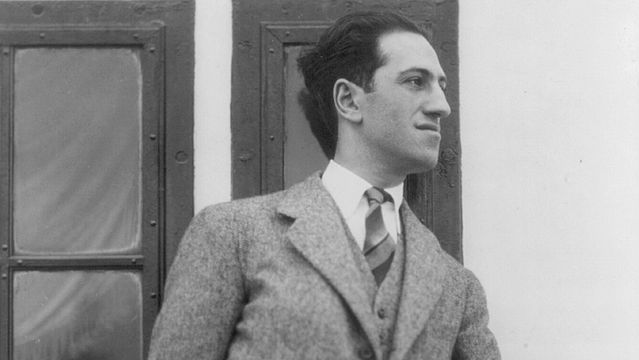 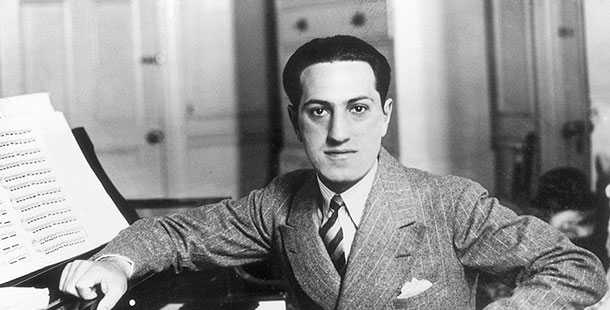 George Gershwin was born in Brooklyn in 1898, the second of four children from a close-knit immigrant family. He began his musical career as a song-plugger on Tin Pan Alley, but was soon writing his own pieces. Gershwin’s first published song, “When You Want ‘Em, You Can’t Get ‘Em,” demonstrated innovative new techniques, but only earned him five dollars. Soon after, however, he met a young lyricist named Irving Ceaser. Together they composed a number of songs including “Swanee,” which sold more than a million copies.

In the same year as “Swanee,” Gershwin collaborated with Arthur L. Jackson and Buddy De Sylva on his first complete Broadway musical, “La, La Lucille”. Over the course of the next four years, Gershwin wrote forty-five songs; among them were “Somebody Loves Me” and “Stairway to Paradise,” as well as a twenty-five-minute opera, “Blue Monday.” Composed in five days, the piece contained many musical clichés, but it also offered hints of developments to come.

In 1924, George collaborated with his brother, lyricist Ira Gershwin, on a musical comedy “Lady Be Good”. It included such standards as “Fascinating Rhythm” and “The Man I Love.” It was the beginning of a partnership that would continue for the rest of the composer’s life. Together they wrote many more successful musicals including “Oh Kay!” and “Funny Face”, staring Fred Astaire and his sister Adele. While continuing to compose popular music for the stage, Gershwin began to lead a double life, trying to make his mark as a serious composer.

When he was 25 years old, his jazz-influenced “Rhapsody in Blue” premiered in New York’s Aeolian Hall at the concert, “An Experiment in Music.” The audience included Jascha Heifetz, Fritz Kreisler, Leopold Stokowski, Serge Rachmaninov, and Igor Stravinsky. Gershwin followed this success with his orchestral work “Piano Concerto in F, Rhapsody No. 2” and “An American in Paris”. Serious music critics were often at a loss as to where to place Gershwin’s classical music in the standard repertoire. Some dismissed his work as banal and tiresome, but it always found favor with the general public.

In the early thirties, Gershwin experimented with some new ideas in Broadway musicals. “Strike Up The Band”, “Let ‘Em Eat Cake”, and “Of Thee I Sing”, were innovative works dealing with social issues of the time. “Of Thee I Sing” was a major hit and the first comedy ever to win the Pulitzer Prize. In 1935 he presented a folk opera “Porgy and Bess” in Boston with only moderate success. Now recognized as one of the seminal works of American opera, it included such memorable songs as “It Ain’t Necessarily So,” “I Loves You, Porgy,” and “Summertime.”

In 1937, after many successes on Broadway, the brothers decided go to Hollywood. Again they teamed up with Fred Astaire, who was now paired with Ginger Rogers. They made the musical film, “Shall We Dance”, which included such hits as “Let’s Call the Whole Thing Off” and “They Can’t Take That Away From Me.” Soon after came “A Damsel in Distress”, in which Astaire appeared with Joan Fontaine. After becoming ill while working on a film, he had plans to return to New York to work on writing serious music. He planned a string quartet, a ballet and another opera, but these pieces were never written. At the age of 38, he died of a brain tumor. Today he remains one of America’s most beloved popular musicians. 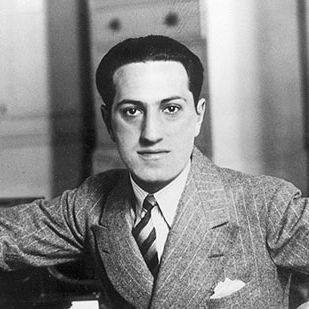