Skip to main content Skip to footer site map
S13 Ep7: Yours For a Song: The Women of Tin Pan Alley

About the Women of Tin Pan Alley

With its concentration of theaters and publishing houses, New York became the center of the music world and at the center of New York was a small area called Tin Pan Alley where musicians would play their songs for publishers and producers. 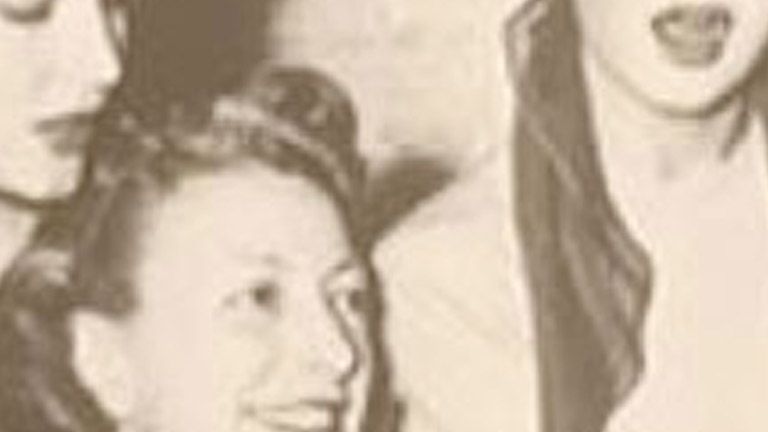 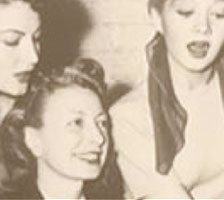 The 1920s began a decade of change in the American arts. Jazz, along with such inventions as the phonograph, radio and sound movies, transformed the music industry. With its concentration of theaters and publishing houses, New York became the center of the music world and at the center of New York was a small area called Tin Pan Alley where musicians would play their songs for publishers and producers. Synthesizing jazz, ragtime, and popular ballads, the musicians of Tin Pan Alley created a brand of song that was witty, urbane, and sophisticated. Though never as famous as Gershwin or Berlin, there were four women—Dorothy Fields, Kay Swift, Dana Suesse, and Ann Ronell whose prolific work was at the heart of Tin Pan Alley.

Dorothy Fields was born and raised in New York, and began her career as a lyricist there. In a career that spanned five decades, she collaborated with some of the greats of the industry. With Jimmy McHugh she wrote “I Can’t Give You Anything But Love” and the anti-Depression classic “On the Sunny Side of the Street,” and with composer Jerome Kern she wrote the classic score for the film SWING TIME, which included “A Fine Romance” and “The Way You Look Tonight” (the song earned them both an Academy Award). Upbeat and witty, lyrics like those written with Cy Coleman for “Big Spender” and “If My Friends Could See Me Now” became instant classics.

Composer Kay Swift had her first hit at the age of thirty-four with the song, “Can’t We Be Friends.” A year later, in 1930, she wrote the entire score of the Broadway musical FINE AND DANDY, which ran for two hundred and thirty-six performances and whose title song continued to be performed long after. While writing scores for Radio City Music Hall productions, Swift met her second husband. He was a rancher at the 1939 World’s Fair where she was working as a music director. Her memoir of life on the ranch (called WHO COULD ASK FOR ANYTHING MORE) was eventually turned into the movie NEVER A DULL MOMENT (1950) starring Irene Dunne and Fred MacMurray .

It was at that same World’s Fair where Dana Suesse’s “Yours for a Song,” became the theme song. A Missouri-born child prodigy, Suesse wrote symphonic music as well as popular songs. Orchestra leader Paul Whiteman commissioned her to write for him, and in 1932 (when she was twenty-one) presented her at Carnegie Hall playing her composition “Valses for Piano and Orchestra.” The New Yorker dubbed her “The Girl Gershwin,” because of her amazing sense of rhythm and style. She collaborated on a number of songs, writing the 1932 hit “My Silent Love,” with lyricist Ed Heyman, and “The Night Is Young and You’re So Beautiful” with Billy Rose.

Like Fields and Suesse and Swift, Ann Ronell wrote popular songs and musical theater, but she made her real mark in Hollywood. Ronell wrote both the music and lyrics for a number of hit songs including “Willow Weep for Me.” It could be argued, however, that her most famous was one that was written for a Disney cartoon: “Who’s Afraid of the Big Bad Wolf?” Among her best work were motion picture scores for ONE TOUCH OF VENUS (1948), the Marx Brothers’ LOVE HAPPY (1949), and THE STORY OF G.I. JOE (1945) earning her two Academy Award nominations.

Throughout the 1920s, 1930s, and 1940s, both Broadway and Hollywood were going through golden eras. These four women helped to shape those times. Their talents and love of music broke down barrier after barrier in a male-dominated industry, and paved the way for future generations of artists. Loved by millions, their work became a part of people’s daily lives, and they remain today significant figures in the history of popular music. 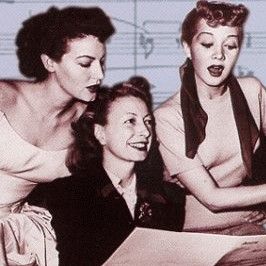 Waldo Salt: A Screenwriter's Journey
George Stevens: A Filmmaker's Journey
Sweet Honey in The Rock: Raise Your Voice
Marvin Hamlisch: What He Did For Love
Gene Kelly: Anatomy of a Dancer
Mort Sahl: Shaping Laughter