Director George Stevens influenced generations of filmmakers with such Academy Award-winning classics as “A Place in the Sun” and “Giant.” Now AMERICAN MASTERS presents the broadcast premiere of a moving tribute to the Hollywood great. Created by his son, George Jr., himself an Emmy and Peabody Award-winning writer, producer and director, “George Stevens: A Filmmaker’s Journey”. Below are edited excerpts from an interview with the younger Stevens:

Q: What first got you interested in doing this film?

A: After my father died in 1975 someone asked me if I would write a book about him. I gave some thought to that, and then it suddenly occurred to me that he was a filmmaker, and I’m a filmmaker – I should make a film about him.

Q: What was your approach to making the film?

A: I wanted it to be a motion picture drama, not an informational documentary. I didn’t want it to be dry. I wanted it to move the audience, much in the way that my father’s work moved audiences.

Q: When you were making the film, did you learn anything surprising about your father?

A: I think the most interesting thing I learned was listening to a tape recording of my father talking to Kevin Brownlow, the film historian. He was recalling, as a child, being in the theater in San Francisco, night after night, when his mother and father were performing. He would sit under the stage and do his homework. And he remembered – he must have been nine years old – being under the stage and waiting for the moment when his father, above him, would climb the steps to the guillotine, playing Sydney Carton in “A Tale of Two Cities,” and make that speech: “It’s a far, far better thing that I do, than I’ve ever done before…” He then would hear the sound of the guillotine. Then silence from the audience. He said there was a moment, and then all hands would come together as one in applause. I realized that from an early age, he was schooled in sensitivity to the audience. His parents were doing Shakespeare and Dumas and Dickens and so as a boy, he was gaining this understanding of drama. I think that served him throughout his career.

Q: Among your father’s possessions, you discovered 16 mm color footage he and his crew shot during World War II. The film was shown for the first time publicly in “A Filmmaker’s Journey.” Please tell us about this discovery.

A: One day I asked the American Film Institute projectionist to screen a reel of this war film. As I sat alone in a small screening room vivid color images appeared on the screen. It was footage of a warship at sea on a blustery morning and I soon realized this was color film of D-Day – and that I was, at that moment, the first person to see that historic event in color except for those who were actually there on June 6, 1944. And then a figure walked into frame in helmet and battle gear and it was my father, age 39, on the deck of the HMS Belfast on his way to the greatest seaborne invasion in history. I was deeply moved and believed an audience would be moved as well.

Q: Do you have a personal favorite of your father’s films?

A: Oh, I tap dance around that. In a weak moment, I would say “Shane.” One summer when I was 17, I worked reading for my father. My first job was to break down Theodore Dreiser’s “An American Tragedy,” listing every scene and every incident, because he was about to make “A Place in the Sun” from it. I was also reading stuff for him that came to the studio. One was a little book by Jack Schaefer. I went one night with it in my hand and said to my father, “This is really a good story, you should read it.” He was in bed, reading, he put down his book, and said, “Well, why don’t you tell me the story?” So I walked around his bedroom, trying to tell him the story of “Shane.”

A: He kept much of it in a storeroom on Ventura Boulevard – at Bekins Storage. I’d go out there occasionally with him, and it was just a room with stacked shelves and things up against the wall, and some of it very well organized. It was only after he died that I realized that that room contained the evidence of a man’s life. And it was the foundation for the film. It included scripts from Laurel and Hardy, photographs from his entire career, memorabilia from the war – bricks from Hitler’s fireplace, and a German machine gun. There was a tall, two-door filing cabinet. You open the door, and all of his awards were in that cabinet. He never had Oscars in his office, or Directors Guild awards. But they were all crowded together in this tall cabinet at Bekins Storage.

Q: You talked to so many incredible people while making this film – are there any highlights?

A: I had a wonderful conversation with Cary Grant. I sat at his house, and talked with him. He just loved my father, and spoke about him so winningly. I said, “Well, I’d like to come back and film this,” and he said, “Oh, no, I couldn’t do that.” I asked why, and he said, “Well, if I did it for George, I’d have to do it for Hitch, and the others. I will do a voice interview, but I won’t let you photograph me.” So he came to Washington one time. And we did a voice interview, which worked perfectly, because we used it over color footage of Gunga Din, him climbing up on the elephant and all. When we had the premiere of “A Filmmaker’s Journey” at the Academy of Motion Picture Arts and Sciences, Hal Roach was there, Frank Capra was there, Jimmy Stewart, Cary, Jack Lemmon – all of Hollywood. Warren Beatty was the host and Cary sat in back of me. When it was over, there was a tremendous response, and Cary tapped me on the shoulder. He had tears in his eyes, and he said, “I should’ve let you photograph me.”

Q: Your father directed some of the greatest films in Hollywood history. Why didn’t he have the name recognition of some of his peers?

A: He was really the filmmaker’s filmmaker. In his day, John Huston, Fred Zinnemann, King Vidor, and Frank Capra looked to George as the one to be admired, both creatively and as a conscience of the Directors Guild. Today, directors ranging from Mike Nichols, Robert Towne, Warren Beatty, Michael Mann, Paul Thomas Anderson, oh gosh, so many say he was the model. Woody Allen cited “Shane” as the American film that interested him the most; Spielberg recently talked about the impact of “The Diary of Anne Frank,” and you know Steven’s mastery of telling story with sound and picture. So my father is highly regarded by the people who make films, and somehow less interesting to the auteur film critics. Mike Nichols said recently, “It’s much easier to do only one kind of thing. If you’re Hitchcock, that’s okay, you’re a master of suspense. If you do a lot of different things, you confuse and annoy people.” Some critics really like to be able to pigeonhole filmmakers, and it’s very hard to pigeonhole George Stevens. If you want to start with “A Place in the Sun,” “Shane” and “Giant,” what some call his American trilogy, I’m not sure anybody ever made three successive masterpieces like that. And he is the same man who made the great romantic comedies, the classic musical, “Swing Time,” and the quintessential adventure film, “Gunga Din.” What seems most notable about his career is that all his pictures are pictures of quality, and they have a kind of consistent humanity.

Q: What was the most important thing as a filmmaker that you learned from him?

A: The single most important lesson was respect for the audience. He never bought into the popular studio idea that the audience has the mentality of 14 year olds and should be talked down to.

One of the things I’ve admired about my father’s work, something I used as founder of the American Film Institute, is the idea of the test of time. Driving home from the Academy Awards, the year he won for “A Place in the Sun,” I was young and I was quite excited. He might have thought I was a little too excited. He looked over at me and said, “You know, we’ll have a better idea of what kind of a film this is in about 25 years.” I wanted the story of my father to be a film that lasts. So it’s particularly nice that 20 years after its making, A Filmmaker’s Journey has its place on American Masters.

Q: How did you come to narrate the documentary yourself?

A: Along the way, Orson Welles had offered to do anything, because he admired my father. John Huston and Warren Beatty were friends. I was thinking of one of those three to narrate the film. But Toni Vellani, a great colleague of mine, suggested I narrate it. I said, no, that’s kind of me putting myself in front of the story, but Toni persuaded me to at least try it. And I did, and it really made “A Filmmaker’s Journey” a very different picture. It became a son’s story about his father, rather than a more objective documentary.

Q: You’ve spent a great deal of your career dedicated to preserving and celebrating American cinema. Why do you think that’s so important?

A: I think that a country that doesn’t preserve its past and appreciate its creative legacy would be a hollow society. More simply put, what we call the golden age of Hollywood represents a most remarkable era of original creativity, and that work was in great risk of being lost. The preservation of it was tremendously important to American culture. 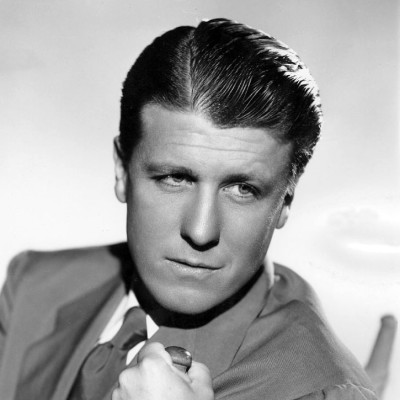