Explore the entertainer’s life with unprecedented access to his personal archives including writings voiced by Billy Crystal, clips from his body of work, and interviews with Woody Allen, Margaret Cho, Conan O’Brien, Tom Selleck and Brooke Shields.

During his eight-decade career, Bob Hope (1903-2003) was the only performer to achieve top-rated success in every form of mass entertainment: vaudeville, Broadway, movies, radio, television, popular song and personal appearances, including his annual USO Christmas military tours and hosting the Academy Awards more times than anyone else.

A comedy innovator, Hope invented the topical monologue that later became a late-night TV staple and comedy tropes like talking while backing up. He refined a spontaneous, conversational, improvisational style of comedy as a vaudeville master of ceremonies that created a blueprint for acerbic standup comics.

Written, directed and produced by John Scheinfeld (The U.S. vs. John Lennon, Chasing Trane: The John Coltrane Documentary), American Masters: This is Bob Hope… presents a candid look at a remarkable life with unprecedented access to Hope’s personal archives, including writings voiced by Billy Crystal and clips from Hope’s body of work to reveal a gifted individual who recognized the power of fame, embraced its responsibilities and handled celebrity with extraordinary wit and grace, becoming a model for public service in Hollywood.

American Masters: This is Bob Hope… premieres nationwide beginning November 25 on PBS (check local listings). The unabridged director’s cut of the film, featuring over 35 minutes of additional footage, will be available to stream the same day via Passport for PBS station members (contact your local PBS station for details) at pbs.org/americanmasters and on PBS OTT apps. This version premieres nationwide Friday, December 29 at 9 p.m. on PBS (check local listings).

“Alongside an examination of Bob Hope’s extraordinary career achievements is a portrait of a gifted man with enormous personal contradictions,” says filmmaker John Scheinfeld. “Even in the longer cut, I barely scratched the surface of his huge impact and influence.”

The unabridged director’s cut also features Hope’s 1930s comedy shorts and delves further into his radio and TV career, USO tours and charity work. It will be available on DVD January 9, 2018, from PBS Distribution and is also available as part of Bob Hope: The Ultimate Movie Collection DVD box set on November 14 from Universal Studios Home Entertainment.

Launched in 1986, American Masters has earned 28 Emmy Awards — including 10 for Outstanding Non-Fiction Series and five for Outstanding Non-Fiction Special — 12 Peabodys, an Oscar, three Grammys, two Producers Guild Awards, a Critics’ Choice Documentary Award, and many other honors. To further explore the lives and works of masters past and present, American Masters offers streaming video of select films, outtakes, filmmaker interviews, the American Masters Podcast, the Inspiring Woman web series, educational resources and In Their Own Words: The American Masters Digital Archive: previously unreleased interviews of luminaries discussing America’s most enduring artistic and cultural giants. The series is a production of THIRTEEN PRODUCTIONS LLC for WNET and also seen on the WORLD channel.

Major support for This is Bob Hope… is provided in part by the National Endowment for the Humanities, National Endowment for the Arts, and Roslyn Goldstein. Major support for American Masters is provided by AARP. Additional support is provided by Rosalind P. Walter, The Philip and Janice Levin Foundation, Ellen and James S. Marcus, Judith and Burton Resnick, Vital Projects Fund, Cheryl and Philip Milstein Family, The Blanche & Irving Laurie Foundation, and public television viewers.

The filmmakers and American Masters would like to thank our advisors for their time and expertise in making this documentary: James Baughman, Thomas Doherty, Michael Frisch, Kristine Karnick, Laurence Maslon, Clayton Koppes, Robert Snyder and Kathryn Fuller-Seeley. 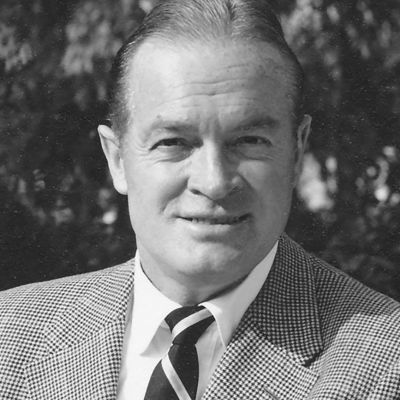 -Oh a couple of fingers of rotgut -What's yours? -I'll take a lemonade -in a dirty glass!

Bob Hope is a legend Google him! YouTube him! stream him download him, do whatever you've gotta do just put more Bob Hope in your life come on He was a hero.

I know, his eyes- they were just so funny!

he could do more with a look then most of us could do with a monologue.

Vaudeville, Broadway, radio, television, movies. He went -zip- to the top in every one of them.

A complete mastery of the craft of making people laugh.

Some fellas got it, some fellas ain't got it. I got it

Edward R. Murrow: This Reporter
Helen Hayes: First Lady of the American Theatre
Rita Moreno: Just a Girl Who Decided to Go For It
Preston Sturges: The Rise and Fall of an American Dreamer
Louisa May Alcott: The Woman Behind 'Little Women'
Buster Keaton: A Hard Act to Follow