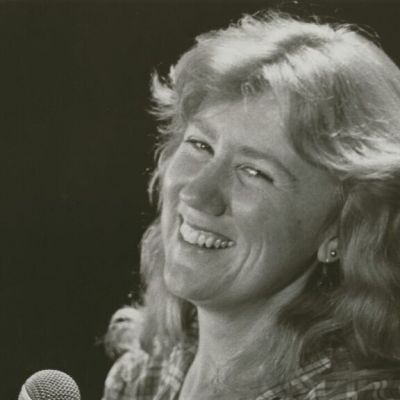 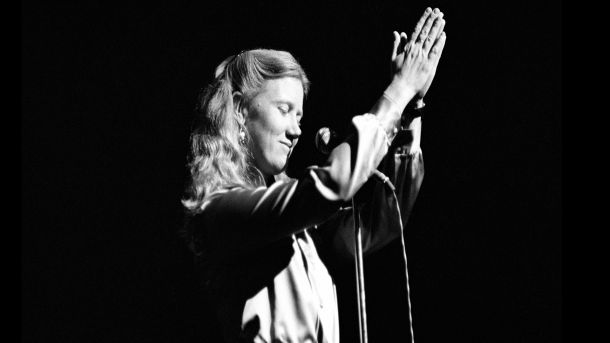 n honor of Women’s History Month, we interviewed pioneering singer-songwriter, actress and activist Holly Near and asked about the music that resonated most with her throughout her life and career. The result: a powerful, curated playlist (below) by the feminist folk singer herself.

There are songs from The Weavers, Phil Ochs, Judy Garland, Marvin Gaye, Joan Baez, and even songs in Spanish by Mercedes Sosa and Quilapayún—not surprising, since Near fought to give South American women a voice through the power of song.

In fact, according to Near, she collaborated or performed in concerts with all of the artists in the playlist below with the exception of Judy Garland, Buffy Sainte-Marie and Marvin Gaye.

Near shared a personal story about the night she heard Nina Simone sing “Mississippi Goddam” live at Royce Hall/UCLA in 1968 and why it still hits home after all these years. “I was one of a few white people in the audience, a hall filled with electricity and purpose. She sang ‘Mississippi Goddam’ and the place erupted with historic rage and contemporary resistance,” she said. “I had never seen or heard anger like this before. I was not afraid. I was inspired.”

Near was exposed to the power of resistance in the face of adversity early in life. Music made its way to her rural farm home by way of recordings that helped her understand the scope of music and the power of performance. In particular, she remembers the recording of the show Cradle Will Rock, originally part of the Federal Theater Project, directed by Orson Welles and produced by John Houseman.

Near recalled, “The WPA temporarily shut down the project a few days before it was to open on Broadway to avoid government and union restrictions, but the cast and audience walked together to an uptown theater and the show went on.” She adds, “I found this so exciting, the power that artists have to resist being silenced.”

Near also recounts how some songs about homosexual love were so taboo that one wouldn’t dare to sing them out loud. “A song like Ferron’s ‘Girl on The Road’ or Diane Lindsey’s ‘Sweet Darlin’ Woman’ couldn’t be sung out loud before the rise of the lesbian feminist music movement of the seventies and eighties.”

“These songs traveled around the country and the world in women’s backpacks and we all listened with awe. I can still remember women saying about some of our early outspoken songs, ‘Did she really just sing that?!’— it was so exciting and life changing.”

Enjoy Holly Near’s curated playlist and let us know what songs you liked the most.

Directed by four-time Emmy Award-winner Jim Brown (American Masters — The Highwaymen: Friends Til The End, American Masters – Pete Seeger: The Power of Song), the documentary premieres nationwide Friday, March 1 at 9 p.m. on PBS (check local listings) in honor of Women’s History Month and will be available to stream the following day via pbs.org/americanmasters and PBS apps.

More From Holly Near: Singing for Our Lives (5)