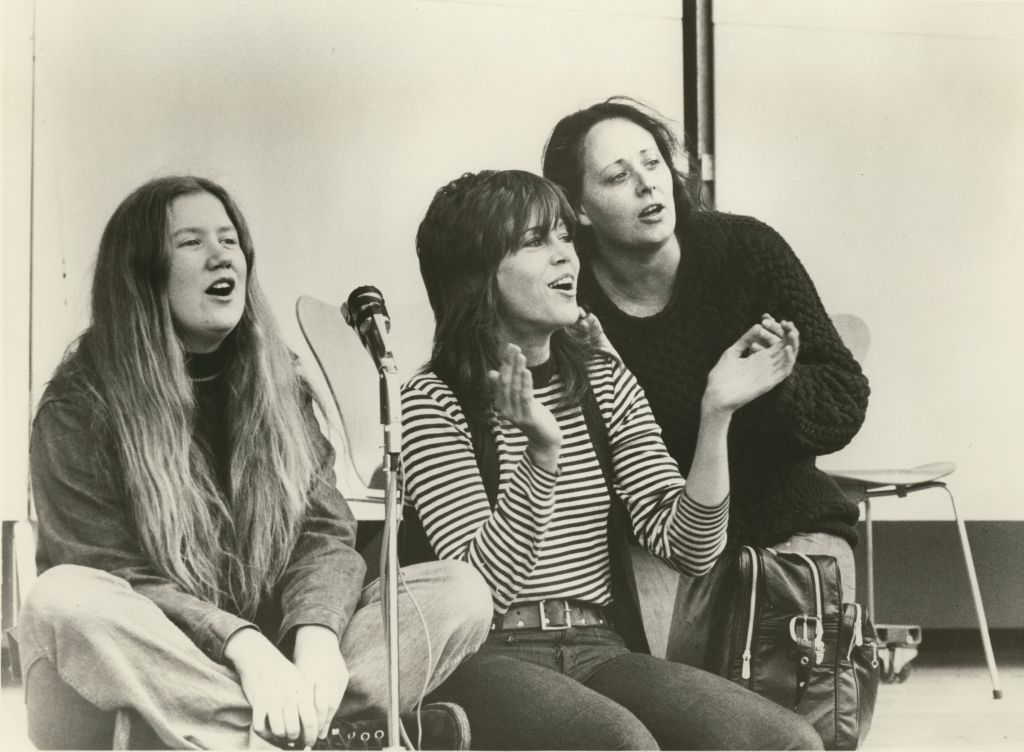 Today, the world knows Holly Near as a dedicated women’s rights activist and folk singer – but the roots of Near’s feminism are lesser known. It wasn’t until she joined Jane Fonda’s Free the Army tour, in her early twenties, that Near was exposed to the concept of women’s empowerment as a movement for the first time. As she performed across the United States and Asia, her world view opened up immensely – and with it, her unwavering passion for women’s rights.

Holly Near grew up on a ranch in Potter Valley, a small town in Northern California. In many ways, her childhood was idyllic. She spent her days roaming the rolling green hills of her backyard and listening to her father’s expansive record collection.

“My parents didn’t have a television, so we started listening to music that they brought in, and my dad built a special mailbox — 12 by 12 mailbox —  down at the end of the lane so it would hold records when they arrived.”

In Near’s daily life, she was not exposed to people or experiences that were unlike her own. Music was her first window into the rest of the world.

Even though Near did not have the vocabulary to label herself as a feminist, she did express an interest in women’s rights from an early age.

“Well, from ’64-’67 I was in high school, and I was in a rural high school, so we had much less access to political activism than one might have had, say, in New York City. We were dealing with things like, ‘Why did girls have to wear dresses to school?’ And it was my senior year that we actually got it so that girls could wear pants to school on Friday —  if there was a football game.”

Following high school graduation, Near shifted her focus to acting and singing. She appeared on shows like “Mod Squad” and “The Partridge Family.” In 1970, she joined the Broadway cast of “Hair.” After the Kent State shooting — the 1970 massacre of Vietnam War protestors by the Ohio National Guard — the cast of “Hair” led a silent vigil for the victims, which moved Near deeply. She realized the price a person could pay for fighting for what they believed in. After meeting a survivor of the shooting, she wrote “It Could Have Been Me,” a powerful anti-violence ballad.

“There were all kinds of actors and actresses and musicians trying to figure out how to have an entertainment industry response to the war, and that’s where I first heard Jane Fonda speak about the Free the Army work she was doing with soldiers —  soldiers who were opposing the war from within the military.” 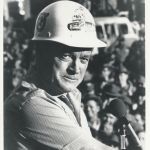 At the time, many celebrities were performing shows to entertain the troops —  but they were largely pro-war performances. Conservative comedian Bob Hope headlined show after show in the late ’60s, using his platform to celebrate not just the troops, but the war itself.

Howard Levy, an ex-army doctor who was court-martialed for his refusal to train Green Beret medics, was deeply bothered by Hope’s pro-war performances, and sought to create his own show in opposition. He worked with Jane Fonda to create the Free the Army show, with a goal of celebrating the troops while simultaneously condemning war and violence.

Fonda gathered a group of fellow entertainers — from actors to musicians —  along with leading anti-war activists, and she and Levy set out to create a powerful anti-war show. Show members included greats like Nina Simone, Donald Sutherland, Fred Gardner, and Nina Serrano, among others.

Fonda was drawn to Near the first time she heard her voice. “We were rehearsing and in walked this angel with this long, rose-colored hair —  and then she sang. And it was like, ‘Wow.’ That voice was so pure,” Fonda remembers.

Near was invited to join the show, and soon, she was the youngest member of Free the Army at just 21 years old. At the time, she had no idea that this show would forever change her life. Feminism became a fundamental part of her identity.

“I was the baby in the bunch. As it turned out, most of the sketches, the part that I was playing, was the feminist — or the one that was making fun of the woman who wasn’t the feminist,” Near recalls. “So, in saying the lines, I was reading the script of a feminist, and that’s how I became one.”

As Free the Army toured around the country, Near was introduced to women from a wide variety of backgrounds. She witnessed firsthand just how far-reaching women’s inequality was — and how deeply it impacted the real lives of the women around her. She never stopped writing song lyrics about what she was hearing and learning on the tour. In 1973, she released her debut album “Hang in There.” The album was centered around the Vietnam war, and the Vietnamese men and women whose lives had been impacted by it. The album is at once anti-war and pro-feminist. As such, it’s one of the earliest examples of the two political efforts blending together.

Soon, the Free the Army show expanded to the Pacific, and Near’s world view was opened even further. She took the time to get to know the women around her, to listen to their experiences, and to share their stories through song.

“Talking to the women in the Philippines, the Filipinos, the Hawaiian women, the Japanese women, the Okinawan women, they made me a feminist. So, I came into feminism through a global door and when I got home from that, I just had to rethink everything in my life.” 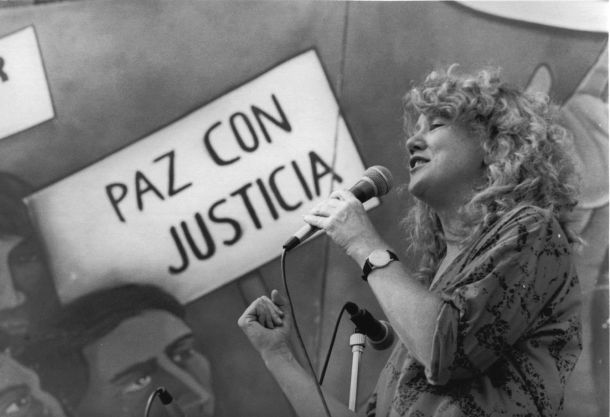 Holy Near in San Salvador, 1988-Music Festival for Peace

The woman who, as a young high schooler, fought to wear pants on football Fridays, was once again dedicating her energy toward women’s rights. For Near, the anti-war movement had sparked a feminist awakening.

According to fellow activist and performer Gloria Steinem, “the women’s movement came out of the civil rights and the peace movement, because if even in those movements [women] loved with all of our hearts, still we were…not recognized or not allowed to lead. Then we realized there had to be an autonomous women’s movement.”

Free the Army awakened something powerful within Near — a need to dedicate her life to promoting inclusion and equity for women through her music. And that’s exactly what she did.

Watch Holly Near: Singing For Our Lives: 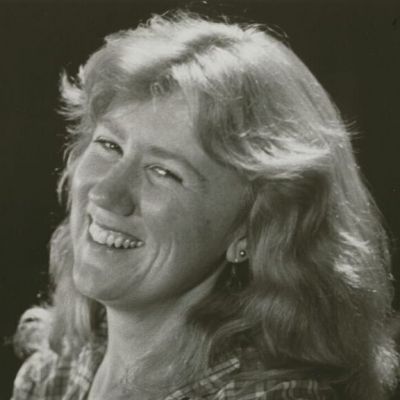 Clip | Jane Fonda and Gloria Steinem on Holly Near
Holly Near’s Favorite Songs
Holly Near Biographical Timeline
Clip | Holly Near on the story behind “Singing For Our Lives”
Holly Near: Singing for Our Lives Trailer

John Cage: I have Nothing to Say and I'm Saying It
Hank Williams: Honky Tonk Blues
Miles Davis: Birth of the Cool
Merle Haggard: Learning to Live with Myself
You’re the Top: The Cole Porter Story
Bob Dylan: No Direction Home