STREAM WITH PASSPORT
Rothko: Pictures Must Be Miraculous
About the Master 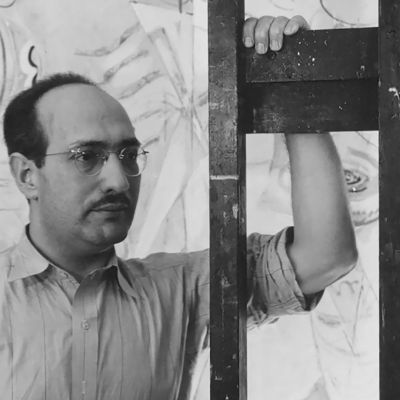 - [Presenter] In the mid to late 1940s in New York, there was a new artistic movement emerging that was uniquely American and it came to be known as abstract expressionism.

A group of artists that included Jackson Pollack, Willem de Kooning, Lee Krasner, Joan Mitchell, Clyfford Still, along with Rothko and Gottlieb and they were experimenting with the voice and the look of art.

- Before this time American painters, they traveled to Europe, then they went home and nobody really heard of them again.

Right after World War II, all of that changes.

- I think the abstract expressionists were interested in big ideas, big concepts, based in human energy and human response.

They launched into the abstraction.

I mean it was just such a huge achievement or a challenge, excitement, to paint something that large.

- And this is the great moment for Rothko in which the physical act of painting becomes the picture the viewer experiences.

Floating color, wiping it, re-layering it to discover the elegance of reflected light and color.

- These painters are the talk of the world and in some sense the center of the art world shifts from Europe, from Paris in particular, to the US and to New York.

It's a huge moment that we're, we're still dealing with.