Born Marcus Rothkowitz in Dvinsk, Russia, on September 25, 1903, Rothko emigrated to Portland, Oregon, with his family at age 10. Learn more in this clip from American Masters —Rothko: Pictures Must Be Miraculous.

STREAM WITH PASSPORT
Rothko: Pictures Must Be Miraculous
About the Master 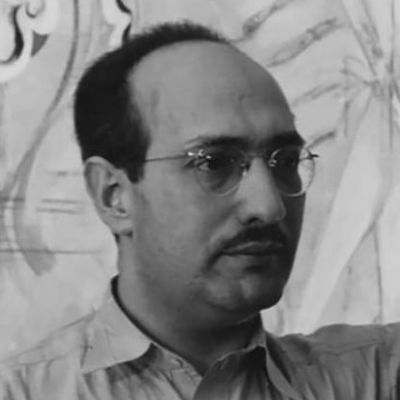 - Well, look at the tension between the blocks of color.

- The first thing I connected with Mark Rothko was the fact that he was an immigrant.

My parents were immigrants to the U.K.

I think that particular mindset, of being taken away from your home and going to a new country, and all the issues and problems that you have to confront with that.

(light piano music) - [Christopher] My father was born in Dvinsk, which was then a part of the Russian empire.

- Dvinsk was part of the pail of settlement, which was this wide swath of land where Jews were allowed to live.

And anti-Semitism was rampant.

(light piano music) There was an incredible military presence in Dvinsk.

His brother Moise writes about the Cossacks running through town on horseback and whipping the townspeople, and Mark actually suggests that he has a scar on his nose that was caused by such a whip.

- My father's father and his two older brothers were conscripted into the czar's army, and they decided that they would rather flee than fight.

It would have been very unlikely that they would have seen more than a couple of winters in the army, so they decided to emigrate to the U.S.

- [Christopher] And they came by steamer, to the U.S., and landed at Ellis Island.

- They fairly immediately got on a train to Portland, Oregon.

(steam whistling) There was a relative, the Weinsteins, who had already settled there, and therefore, it seemed like a likely place for my grandfather to decide to try to settle.

- My mother fixed me up with one of those Buster Brown suits.

You don't know what it's like to be a Jewish kid dressed in a suit made in Dvinsk.

Not an American idea of a suit.

Traveling across America, not able to speak a word of English.

I could never forgive transplantation to a land where I never felt at home.

- [Narrator] Rothko arrives in this country as Marcus Rothkowitz.

(muffled buzzing) It's an event that shapes his being his entire life.