American Masters opens its 25th season with Jeff Bridges: The Dude Abides giving viewers an unexpected window into the life of the actor whose easy going style has endeared him to audiences for almost 40 years. The 90-minute film, airing nationally Wednesday, January 12 at 8 p.m. (ET) on PBS (check local listings), debuts less than a year after Bridges’ game-changing Best Actor Academy Award-winning role as Bad Blake in Crazy Heart. It also coincides with his return to the screen in Tron Legacy – reprising his role as Kevin Flynn from Tron (1982) – and as Rooster Cogburn in the remake of True Grit, directed by the Coen Brothers, reuniting him with The Big Lebowski (1998) writer-directors, where his iconic role as “the Dude” originated.

“Jeff Bridges is one of our greatest screen actors,” says Susan Lacy, series creator and executive producer of American Masters, a seven-time winner of the Emmy Award for Outstanding Primetime Non-Fiction Series. “He has an incredible body of work but most of us didn’t know that he is, truly, a modern Renaissance Man, widely and wildly talented in, seemingly, all of the arts.”

Once called “the most natural and least self-conscious screen actor that has ever lived” by the über-critic Pauline Kael, Jeff Bridges has been plying his craft most of his life. With his first role as an infant in The Company She Keeps and a childhood television debut in his father Lloyd’s television series Sea Hunt, he burst onto the silver screen in The Last Picture Show in 1971 and was immediately recognized with a Best Supporting Actor nomination – the first of his five Oscar nominations.

Hailing from an illustrious Hollywood family, with the pervasiveness of the ‘business’ all around him, Bridges was raised with values and an authenticity that negated Tinsel Town’s influences and, by all accounts, retains a genuine and unaffected demeanor, despite his celebrity. His firm and steady ties to his parents and siblings is replicated in his own decades-long marriage, his relationship with his three daughters and strong friendships that date back to childhood. His brother Beau, his wife Susan and his sister Cindy are among those who add their personal touches to Bridges’ story.

Bridges exemplifies traits and interests far beyond his brilliance as an actor. He is a talented musician – recently touring with his band The Abiders – a photographer, painter, potter and occasional vintner. He helped found the End Hunger Network in 1983 and continues to work with Share Our Strength, a foundation trying to eradicate childhood hunger.

Known for taking on-set still photographs of cast and crew during all of his recent movies, Bridges puts together an original album after wrapping and presents a copy to everyone. His photographs have been shown in galleries in Los Angeles, New York and London. He uses the Widelux camera, pioneered in France, and wrote about it in his 2003 volume Pictures. “It is a fickle mistress ….. it has arbitrariness to it, a capricious quality. I like that. It’s something I aspire to in my work …. a willingness to receive what’s there in the moment …. getting out of the way seems to be one of the main tasks for me as an artist.”

Jeff Bridges: The Dude Abides is a production of THIRTEEN’s American Masters for WNET. Gail Levin is director and writer. The producers are Neil Koenigsberg, Nikki Silver and Orly Wiseman. Susan Lacy is the series creator and executive producer of American Masters. 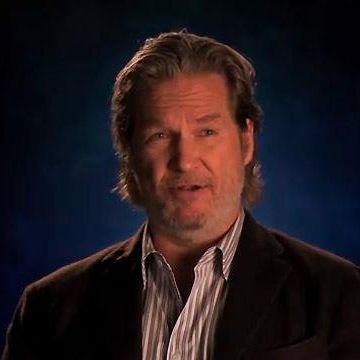