“Are You Experienced as the first album just blew people’s minds,” says Eddie Kramer, who recorded the the Jimi Hendrix Experience’s debut album. “We tried anything and everything to make the sounds different, because we could.”

Musician Dweezil Zappa agrees: “Before that record was made, a lot of those sounds had never been heard.”

The Jimi Hendrix Experience’s debut album in 1967, Are You Experienced, is considered one of the greatest debut albums in rock-and-roll history. After the original U.K. release in May, the U.S. release later that summer differed slightly, adding hit singles such as “Purple Haze,” “The Wind Cries Mary,” and “Hey Joe.” Hendrix was unhappy that “Red House” was not on the U.S. album. It was first released in 1969 in the U.S. as part of Smash Hits. 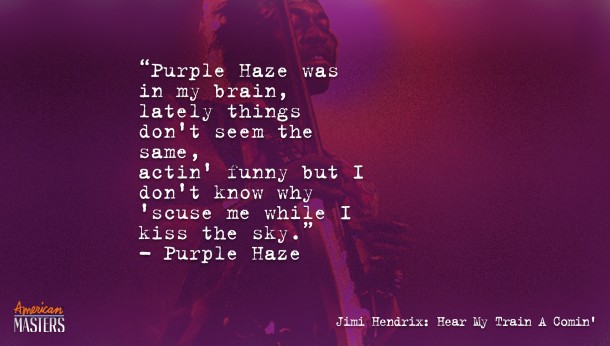 The original working title for “Purple Haze,” the second single of The Jimi Hendrix Experience, was “Purple Haze Jesus Saves.” Contrary to popular assumptions about drug references, the song’s meaning is rooted in a dream Hendrix had about Jesus saving him. 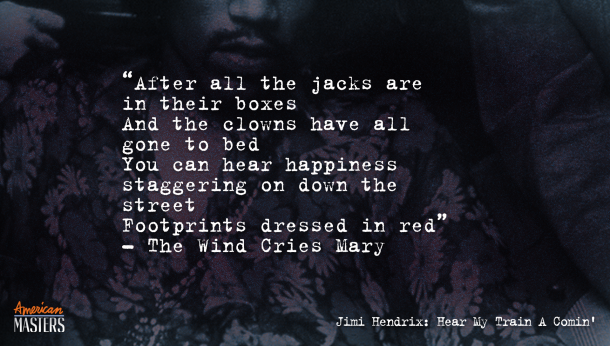 “The Wind Cries Mary,” written by Jimi Hendrix, was the third single released by The Jimi Hendrix Experience. 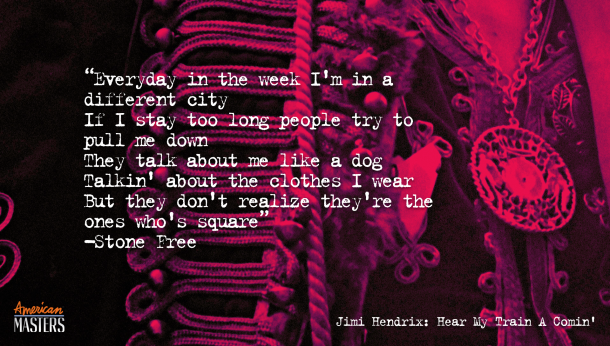 “Stone Free” was the first song Jimi Hendrix wrote. It appeared on B side of The Jimi Hendrix Experience’s first single release, “Hey Joe.”

May This Be Love 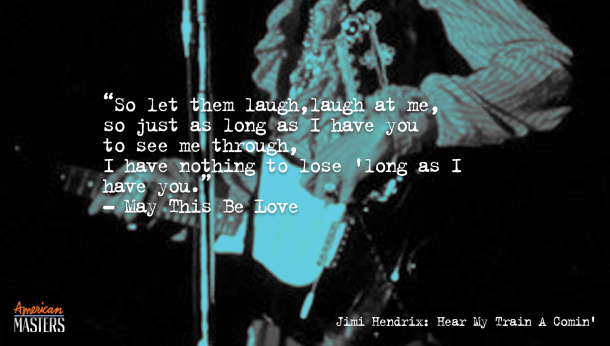 May This Be Love lyrics by Jimi Hendrix. Design by Ricardo Galvez.

“May This Be Love” is on both the U.K. and U.S. releases of  Are You Experienced. 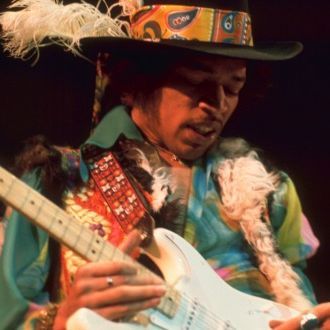 Phil Ochs: There But for Fortune
Miles Davis: Birth of the Cool
Sweet Honey in The Rock: Raise Your Voice
Benny Goodman: Adventures in the Kingdom of Swing
Lou Reed: Rock and Roll Heart
BOB MARLEY: REBEL MUSIC