Phil Ochs: There But for Fortune

American Masters opens its 26th season with the biography of a conflicted troubadour who, with guitar in hand, stood up for what he believed in and challenged us all to do the same. Three-time Emmy-nominated filmmaker Kenneth Bowser examines one of America's most iconic folk music heroes in Phil Ochs: There But for Fortune, premiering nationally Monday, January 23 at 10 pm (check local listings).

American Masters opens its 26th season with the revealing biography of a conflicted, truth-seeking troubadour who, with guitar in hand, stood up for what he believed in and challenged us all to do the same. Three-time Emmy®-nominated filmmaker Kenneth Bowser examines one of American history’s most iconic folk music heroes and political agitators in Phil Ochs: There But for Fortune, premiering nationally Monday, January 23 at 10 pm (ET) on PBS (check local listings).

As the United States continues to engage in foreign wars, Phil Ochs: There But for Fortune is a timely tribute to an unlikely American hero whose music is as relevant today as it was in the 1960s. Phil Ochs was moved by the conviction that he and his music would change the world. Unyielding in his political principals and unbending in his artistic vision, Ochs tirelessly fought the good fight for peace and justice, in both song and action, throughout his short life (12/19/1940 – 4/9/1976). The tragedies of 1968, including the deaths of Martin Luther King, Jr. and Robert F. Kennedy and the violent events at the 1968 Democratic National Convention in Chicago, changed the country and changed Ochs, who sank deep into depression and alcoholism. This, and a familial tendency to bipolar disorder, led to his suicide at the age of 35.

“His music was always so insightful and clever, so timely and slightly haunting. Humming ‘There But for Fortune’ after Phil Ochs’s death was a bittersweet experience back in the 60s,” says Susan Lacy, series creator and executive producer of American Masters, an eight-time winner of the Emmy® Award for Outstanding Primetime Non-Fiction Series. The series is a production of THIRTEEN for WNET, the parent company of THIRTEEN and WLIW21, New York’s public television stations, and operator of NJTV. For nearly 50 years, WNET has been producing and broadcasting national and local documentaries and other programs to the New York community.

Inspired by Woody Guthrie, Pete Seeger, Elvis Presley and John Wayne, Ochs rose to fame in the early 60s during the height of the folk-and-protest song movement, wielding only a battered guitar, a clear voice and the quiver of his razor-sharp songs. As prolific as he was passionate, he released seven albums and wrote hundreds of songs, the best known of which include “I Ain’t Marching Anymore,” “Changes,” “Crucifixion,” “Draft Dodger Rag,” “Love Me, I’m a Liberal,” “Outside of a Small Circle of Friends,” “Power and the Glory,” “The War is Over,” and “There But for Fortune,” famously covered by Joan Baez. American Masters Phil Ochs: There But for Fortune is buoyed by these anti-war movement anthems and melodies, which play the role of film narrator, giving contextual depth to the unfolding saga of Ochs’s politics and personal life.

In the film, Joan Baez, Tom Hayden, Pete Seeger, Sean Penn, Peter Yarrow, Christopher Hitchens, Ed Sanders, and others who knew or were inspired by Ochs tell stories of political passions that were equal parts idealism, conviction and fantasy – mixed together with a big ego and often wild disorganization. These interviews together with photos, film clips and historic live performances reveal that Ochs’s lasting legacy in both music and politics ultimately mirrored the complexities and contradictions of the country he loved – and his life, sadly, reflects the arc of the turbulent times in which he lived.

Phil Ochs: There but for Fortune is a production of S2BN Entertainment in association with Barking Dog Productions, Inc. and THIRTEEN’s American Masters for WNET. Kenneth Bowser is writer and director. Michael Cohl, Kenneth Bowser and Michael Ochs are producers. Pamela Scott Arnold is editor, with additional editing by Ian B. Wile. Lizzy McGlynn and Brian MacDonald are co-producers. Katie Ehrman, Zev Greenfield and Riva Marker are associate producers. Music is by Phil Ochs. Susan Lacy is the series creator and executive producer of American Masters.

American Masters is made possible by the support of the National Endowment for the Arts and by the Corporation for Public Broadcasting. Additional funding for American Masters is provided by Rosalind P. Walter, The Blanche & Irving Laurie Foundation, Rolf and Elizabeth Rosenthal, Cheryl and Philip Milstein Family, Jack Rudin, Vital Projects Fund, The André and Elizabeth Kertész Foundation, Michael & Helen Schaffer Foundation, and public television viewers. 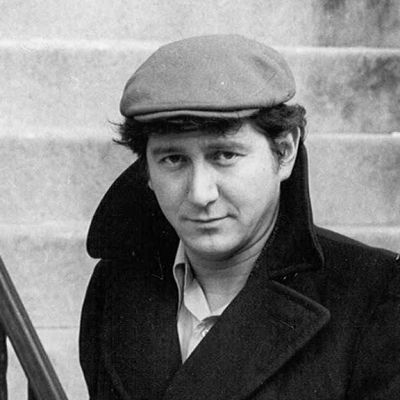