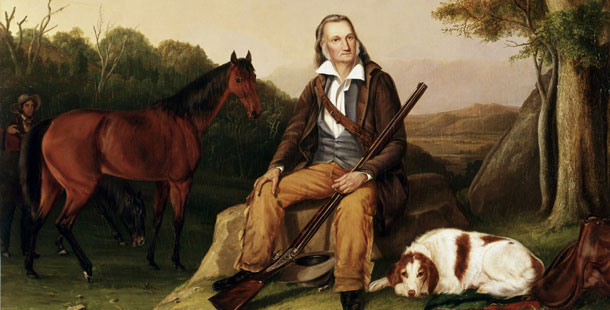 1803 Leaves France for the United States to avoid conscription in Napoleon’s army. Moves to Mill Grove, his father’s estate in Pennsylvania

1804 Meets and falls in love with Lucy Bakewell, daughter of neighbor William Bakewell in Mill Grove. Creates wire constructions that help him pose dead birds in lifelike positions to paint them.

1808 Marries Lucy Bakewell and moves with her to Louisville.

1810 Meets ornithologist Alexander Wilson, and declines to subscribe to his publication, American Ornithology. Moves to Henderson, KY with family.

1819 Samuel Adams Bowen attacks Audubon on the street; Audubon stabs him in self-defense. Business fails. Jailed for debt; released when he files for bankruptcy. Family loses all possessions. Daughter Rose is born.

1820 Daughter Rose dies. States intention to complete, in his lifetime, “a collection of the Birds of our Country, from Nature, all of Natural Size”.

1821 Arrives in New Orleans and begins portrait painting on the street. Wife and sons join him in December.

1824 Attempts to obtain support from the Academy of Natural Sciences in Philadelphia for a publication of his engravings of American birds. Opposed by George Ord, editor of American Ornithology by Alexander Wilson.

1829 Returns to America to paint more American birds and convince Lucy to join him in England.

1830 Dines at the White House with President Andrew Jackson.

1838 Fourth and final volume of the Folio edition of Birds of America is completed.

1839 Leaves England for good to settle in New York with Lucy. Begins planning for The Viviparous Quadrupeds of North America.

1840 Begins work on octavo edition of The Birds of America.

1843 Travels west to search for new specimens for Quadrupeds.

1845 First Imperial Folio volume of The Viviparous Quadrupeds of North America is published. 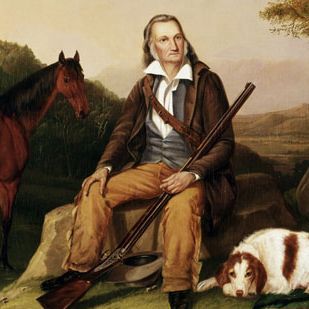