Through his tireless advocacy and his writings, Muir helped preserve the Yosemite Valley, led the fight against the Hetch Hetchy dam – the first nationwide battle of the environmental movement – and was the force behind the creation of the National Park Service. This chronology of Muir’s life plots a history of his travels, career in writing, conservation efforts, and political victories for the National Parks. See many of these moments reenacted in John Muir in the New World.

March 1862 – Muir returns to the university.

July 1863 – Muir embarks on a geo-biological walking tour into Iowa with two friends.

March-September 1864 – Muir goes on a botany expedition through lower Canada.

September 1864 – Begins work as mechanic at sawmill and rake and broom factory operated by William Trout near Meaford, Canada.

March 1866 – The rake and broom factory Factory burns, destroying John Muir’s field journals and putting him out of the job.

May 1866 – Muir returns to US; finds job at carriage plant in Indianapolis.

April 1867 – Muir’s eyesight recovers. He decides to commit his life to nature study.

January 1868 – Arrives in Havana, Cuba, where he spent four weeks. 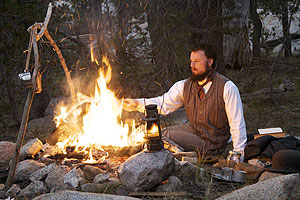 October-December 1870 – Returns to work for Pat Delaney along the Tuolomne River near LaGrange.

January 1871 – Resumes work as sawyer for Hutchings in Yosemite.

July-August 1871 – Exploring expedition to Mono Lake and High Sierra back to Yosemite.

September 1875 – Muir takes a three-month trip with his mule “Brownie” through the South Sierras.

Spring 1887 – Muir accepts an offer to edit and contribute to Picturesque California.

June-August 1890 – Muir embarks on his fourth trip to Alaska. 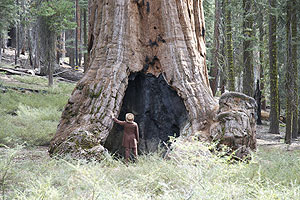 March 1895 – Caminetti bill, which proposed to cut down the boundaries of Yosemite National Park, is defeated in Congress.

June 1896 – Due to a premonition of mother’s illness, he travels to see her before she dies. He then travels east to receive degree from Harvard.

August-September 1897 – Muir goes on his sixth trip to Alaska.

July-November 1898 – Muir takes a 5-month trip east to many forests with Forestry Commission.

May-August 1899 – Muir takes his seventh trip to Alaska with the Harriman Alaska Expedition.

May 1903 – Muir embarks on a three-day trip to Yosemite with President Theodore Roosevelt.

1906 – Yosemite Valley and the Mariposa Grove are added to Yosemite National Park. 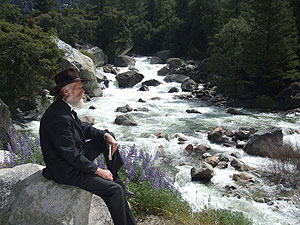 June 1907 – One month trip with Sierra Club to Yosemite high country and Hetch-Hetchy.

April 1910 – Muir completes My First Summer in the Sierra.

April-June 1911 – Muir takes a three-week trip east on Hetch-Hetchy and person business. He travels through New York, Washington, Boston, and finally New Haven where he receives and honorary degree from Yale University.

May 1913 – Muir receives an honorary degree from the University of California. 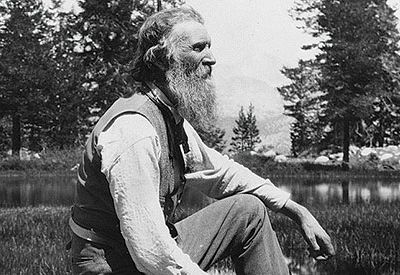