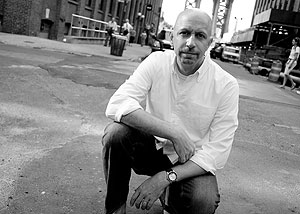 Producer Jessica Levin and director/producer Michael Epstein sat down to discuss the making of the film and answer some questions about the creative process. In this interview, they discuss why they chose John Lennon for a profile, what makes the English born artist an American Master, the creative choice to exclude a lengthy discussion of Lennon’s murder from the film, and Yoko Ono’s creative support for the project, as well as what it was like to work with a legendary personality like her.

Highlights from the interview –

On why Lennon is an American Master: “John in New York was always a part of how I saw John’s story… John’s a New Yorker. New York is just the right lens, I’ve said before, to look at John’s post-Beatles life.”

On Double Fantasy: “I really did not connect with Double Fantasy when it came out – I was in high school – they were beautiful songs, but they didn’t have meaning, didn’t have emotion, didn’t connect, because how the hell could they? I was a teenager…. [Double Fantasy] is not for the sixteen year olds… It’s an album that is profoundly important to me as I think it would be to any parent as they get older.”

On why John’s murder isn’t explored in the film: “Chapman killed John for two reasons, one was he thought John had sort of become a phoney… the other was that he wanted to be famous. I didn’t want to give Chapman more fame – another platform, another pat on the back for killing John.”