Louis Armstrong's trumpet playing revolutionized the world of music, and he became one of our century's most recognized and best loved entertainers. 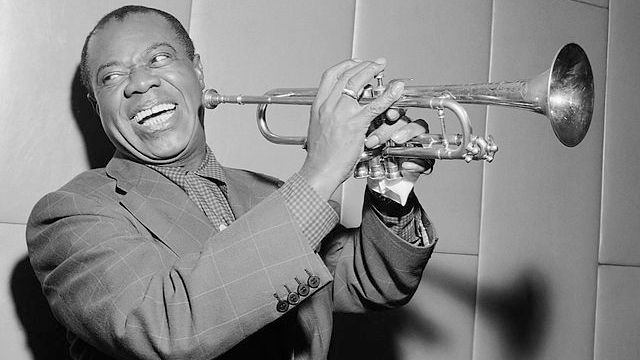 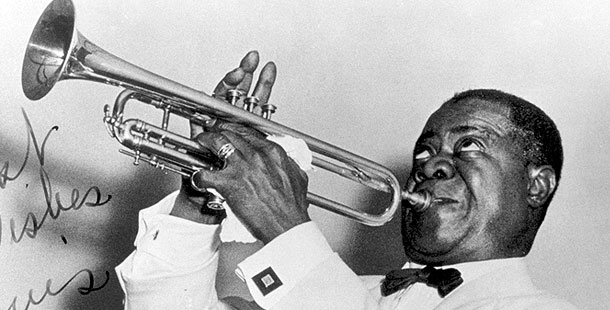 “Louis Armstrong is jazz. He represents what the music is all about.” — Wynton Marsalis

From a New Orleans boys’ home to Hollywood, Carnegie Hall, and television, the tale of Louis Armstrong’s life and triumphant six-decade career epitomizes the American success story. His trumpet playing revolutionized the world of music, and he became one of our century’s most recognized and best loved entertainers. Now, thirty years after his death, Armstrong’s work as an instrumentalist and vocalist continue to have a profound impact on American music. As a black man living and working in a segregated society, he symbolized the civil rights struggle that was part of the changing America in which he lived.

Born in New Orleans on August 4, 1901, Louis “Satchmo” Armstrong was heir to the poverty suffered by Southern blacks at the turn of the century. At the age of eleven, Armstrong began to develop an interest in music, harmonizing on street corners and playing a toy horn. Arrested for disturbing the peace, on New Year’s Eve, 1913, he was remanded to the New Orleans Colored Waif’s Home for Boys. In and out of the home throughout his teenage years, Armstrong was taken under the wing of Peter Davis, who taught music there. Under Davis’s tutelage, Armstrong joined a band, and his talent blossomed. He left the Waif’s Home in 1914, and began to play the cornet around New Orleans. In 1921, at the invitation of the great cornetist Joe “King” Oliver, Armstrong moved to Chicago.

In the 1920s, Armstrong performed with a number of different musical groups, and began to revolutionize the jazz world with his introduction of the extended solo. Prior to his arrival, jazz music was played either in highly orchestrated arrangements or in a more loosely structured “Dixieland”-type ensemble in which no one musician soloed for any extended period. Musicians everywhere soon began to imitate his style, and Armstrong himself became a star attraction. His popularity was phenomenal, and throughout the 1920s he was one of the most sought-after musicians in both New York and Chicago. Armstrong’s HOT FIVE and HOT SEVEN recordings remain to this day some of the best loved of the time.

Throughout the 1930s and 1940s Armstrong maintained one of the most grueling continual tours of all time. He began playing with the large bands that were popular at the time, but soon realized that his style was better suited to a smaller ensemble. With the help of manager, Joe Glaser, he formed Louis Armstrong and His All Stars. The band, which had a rotating cast of “all stars,” first included Jack Teagarden, Barney Bigard, Earl Hines, and Big Sid Catlett. Though many believed the 40s marked the beginning of a decline of Armstrong’s playing, the recordings bear out his continued technical proficiency, spirited interpretations, and the depth and soul of his playing during these years.

The 1950s proved to be a regeneration for Armstrong as both a musician and a public figure. Though he had been singing since his early days in Chicago, it was not until the 1950s that audiences recognized his remarkable skill as a singer as well. His rough and throaty voice became, almost instantly, the internationally recognized voice of jazz itself. His 1956 recording with Ella Fitzgerald of George Gershwin’s “Porgy and Bess” was one of the most popular and best loved duets of the 1950s. For many, his “scat” singing was the perfection of a genre just then in its infancy. With his increasing fame, however, came the criticism of a black community that felt he was not living up to the responsibilities of the times. The late fifties brought with them the civil rights movement, and many blacks saw Armstrong as an “uncle tom,” playing for primarily white audiences around the world. Though adamant that these claims were unjust, Armstrong was then in his sixties and primarily concerned with continuing to travel and perform.

Armstrong spent the final decade of his life in the same way that he had spent the four previous — entertaining audiences throughout the world. In 1971, he died of a heart attack in New York City. Though the history of jazz is filled with many exceptional and innovative musicians, it is hard to find any one who has had as profound an influence on the movement as Louis Armstrong. Armstrong’s legacy is more than simply his virtuoso trumpet playing (for which nearly every trumpet player since seems indebted), but his great formal innovations as well. His commitment to the search for new forms in jazz and his continued heartfelt performances will remain a major symbol not only of the musical life, but of the entire cultural life of 20th-century America. 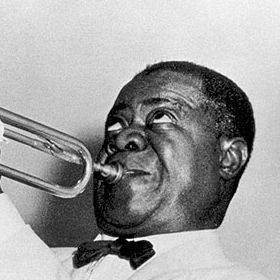