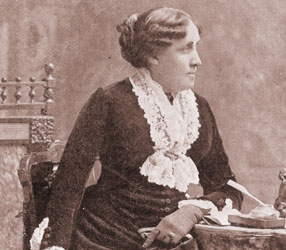 For many girls, Little Women is a reading experience so stirring and lasting in impact that as adults they name their baby daughters after the characters. When they judge their daughters old enough, they press the book on their little Megs, Josephines, Beths, and Amys; often it is the same copy they read with their mothers, sometimes the one their mothers read with their grandmothers, occasionally an early or original edition that represents continuity through a hundred or more years. Louisa May Alcott wrote many works in every genre — conservatively, more than two hundred, over a career that spanned almost forty years — but Little Women was far and away her most successful. The story of the March sisters, which Alcott thought lifeless and flat as she was writing it, unexpectedly touching and true when she finished, struck a deep chord with readers when it appeared in 1868, just three years after the end of the Civil War. The sequel, Little Men, was a bestseller before it was even published. Readers anticipated Alcott’s juvenile novels with a fervor not seen again until the Harry Potter series of J. K. Rowling.

One hundred forty years after the publication of Little Women, none of Louisa May Alcott’s eight novels for what is now called the “young adult” audience has ever been out of print. Women around the world cite Little Women as the most treasured book of their childhoods—“magically the book told my story,” as a writer for the Philippine Inquirer recently put it. Translated into more than fifty languages, Little Women crosses every cultural and religious border. It has been adapted for stage, television, opera, ballet, Hollywood, Bollywood, and Japanese anime. Its characters have been drafted for new versions set in California’s Beverly Hills, Salvador Allende’s Chile, and New York’s Upper West Side.

Little Women is a charming, intimate coming-of-age story about family love, loss, and struggle set in a picturesque rendering of mid-nineteenth-century New England life. What sets it apart is the young woman at its center. Her name is Jo March, but her character is Louisa Alcott. Jo March is a dazzling and original invention: bold, outspoken, brave, daring, loyal, cranky, principled, and real. She is a dreamer and a scribbler, happiest at her woodsy hideout by an old cartwheel or holed up in the attic, absorbed in reading or writing, filling page after page with stories or plays. She loves to invent wild escapades, to stage and star in flamboyant dramas. She loves to run. She wishes she were a boy, for all the right reasons: to speak her mind, go where she pleases, learn what she wants to know — in other words, to be free.

At the same time, Jo is devoted to the fictional March family, which was closely modeled on the Alcott family: a wise and good mother, an idealistic father, and four sisters whose personalities are a sampler of female adolescence. But while Jo March marries and is content within the family circle, Louisa Alcott chose an independent path. Descriptions of Louisa by her contemporaries matched Alcott’s first description of Jo March in Little Women: “Fifteen-year-old Jo was very tall, thin, and brown, and reminded one of a colt, for she never seemed to know what to do with her long limbs, which were very much in her way. She had a decided mouth, a comical nose, and sharp, gray eyes, which appeared to see everything, and were by turns fierce, funny, or thoughtful.” Frederick Llewellyn Willis wrote that his cousin Louisa Alcott was “full of spirit and life; impulsive and moody, and at times irritable and nervous. She could run like a gazelle. She was the most beautiful girl runner I ever saw. She could leap a fence or climb a tree as well as any boy and dearly loved a good romp.”

Another Louisa May Alcott lurked behind the spirited hoyden who wrote the March family books (Little Women, Little Men, and Jo’s Boys), five other juvenile novels, and countless stories for children. The real Louisa Alcott was infinitely more interested in the darker side of human nature and experience than in telling polite stories to nice children. She was a protean personality, a turbulent force, a passionate fighter attracted to danger and violence. The voice of the other Louisa is heard in writings that were unknown or unpublished for almost ninety years after her death. In pulp fiction written anonymously, or under the name “A. M. Barnard,” she is villain,  victim, and heroine, sometimes all of them at once.

An actress of professional caliber, Louisa played many roles in life and used them in her work. Much of her fiction is not fictional at all: Louisa Alcott held the jobs heroine Christie Devon holds in the gritty novel Work; loved the two men, Ralph Waldo Emerson and Henry David Thoreau, who inspired the characters Sylvia Yule loves in Moods; served in the Civil War as a nurse, as Tribulation Periwinkle does in Hospital Sketches; and displays her infinite variety in a lifetime of poetry, journals, and letters. She was her own best character.

In everything Louisa Alcott wrote she made use of the outward details and the hidden emotional currents of her life, and her life was no children’s book. She knew not only family affection but also dangerous family disaffection; not just domestic toil but grueling manual labor; she knew gnawing hunger and the bloody aftermath of war. She was familiar with scenes of wealth and fashion from visits to privileged relatives, knew the famed sights of Europe from traveling as paid companion to a wealthy woman, and had vast vicarious experience from a lifetime of reading novels.

She wrote almost everything at high speed and for money. Works as different as Little Women and “Perilous Play” (a tale about the dangers and blessings of hashish) were written in the same year and brought to life from the same experiences. They are both filled with classical allusions and quotations from Shakespeare, both peppered with metaphysics and moral scrutiny. They provide tantalizing glimpses not of the New England spinster of popular conception, but of the real Louisa Alcott, a person we might recognize, someone so modern that she could pass at a dinner party as a woman born 150 years after her actual birth in 1832.

A Concord contemporary, Clara Gowing, described Louisa as “a strange combination of kindness, shyness, and daring; a creature loving and spiteful, full of energy and perseverance, full of fun, with a keen sense of the ludicrous, apt speech and ready wit; a subject of moods, than whom no one could be jollier and more entertaining when geniality was in ascendancy, but if the opposite, let her best friend beware.”

Jo March resembles her creator most in the fertility of her imagination. Like Jo, the young Louisa May Alcott burned with genius, spinning tales of murder and treachery one minute, fairy tales and sentimental poetry the next. She told herself a dozen stories at a time, working out their plots in her head, sometimes for years. Spinning out her fantasies on paper, Louisa was transported, and liberated. Her imagination freed her to escape the confines of ordinary life to be flirtatious, scheming, materialistic, violent, rich, worldly, or a different gender. In her struggle to fulfill her childhood vow to be “rich, famous, and happy before I die,” her imagination was her greatest comfort, and her refuge even in her last days, when she wrote in her journal, “Lived in my mind where I can generally find amusement. . . . A happy world to go into when the real one is too dull or hard.” 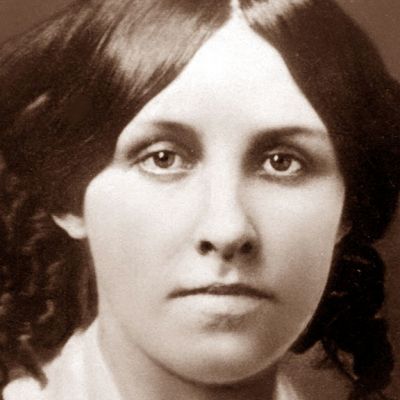