The following excerpts are from the third chapter, “Janis’ Childhood,” from Love, Janis. 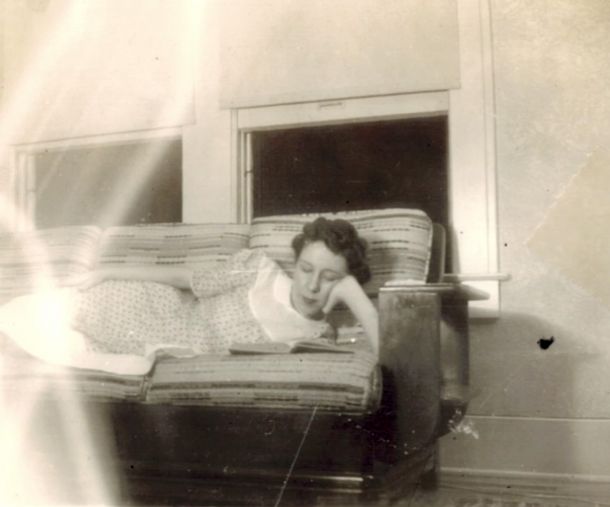 FOLKS CALLED MY MOTHER the “Lily Pons of Texas,” a compliment for her ability to sing like the great operatic soprano. Dorothy East’s voice was pure, clear, and powerful, bringing the Broadway show tunes she favored to vivid life on the Texas plains. She also kicked up her heels with the jazzy songs of Cole Porter. She sang at any opportunity, which in Amarillo meant church, weddings, and the Kiwanis Club. Whenever she sang, her father’s face beamed, his eyes watering. Her mother retained her dour personality, seldom even cracking a smile.

The high point of Mom’s high school career was singing lead in a citywide stage production. Because it was an important charity event, the organizers hired a Broadway director to give the show extra polish. Everyone talked about good things happening for this talented young woman. The director of the show pulled Mother aside, saying, “If you want a job in New York I can get you one, but I don’t recommend it. I’ve gotten to know you during this show and those people just aren’t your kind of folks.” She took his advice and did not go to New York. Instead she won a college scholarship in a singing contest. She followed the urging of her church pastor and applied to Texas Christian University in Fort Worth, Texas.

In 1932, in the midst of the Great Depression, my mother packed the only two dresses she owned and proceeded to college, ready to seize her future. Instead of inevitable triumph, she hit against the limitations of a single voice teacher who taught only opera. Broke and disenchanted after one year of school, Mom returned to Amarillo to work.

This was the 1930s. The flapper was hip and Dorothy was a liberated woman. Along with her peers she scandalized her parents by cutting off her long hair in a “bob” style. She chose figure-skimming dresses, heels, and jaunty hats—in styles that her future father-in-law, Seeb Joplin, would call “go-to-hell” hats. She smoked cigarettes, for the shock value. Smoking was quite a parental affront in those days. Cigarettes were illegal in fourteen states and legislation was pending in twenty-eight other states. Young women—such as Edna St. Vincent Millay— were expelled from college for smoking.

Mom began helping out at an Amarillo radio station, KGNC. Her local reputation as a free spirit was made when, frantically trying to figure out why the music wasn’t being broadcast, she screamed, “I can’t figure this damn thing out!” only to discover that her expletive had traveled to every house and farm within a hundred miles.

A blind date at Christmas brought my parents together. Pop was on break from engineering studies and ready for a good time. Dorothy loved to dance, so she brought him to her favorite spot until she realized he felt uncomfortable in that loud and boisterous scene. Away from the noise, their talk soon turned to areas they both favored: literature and the world of ideas. 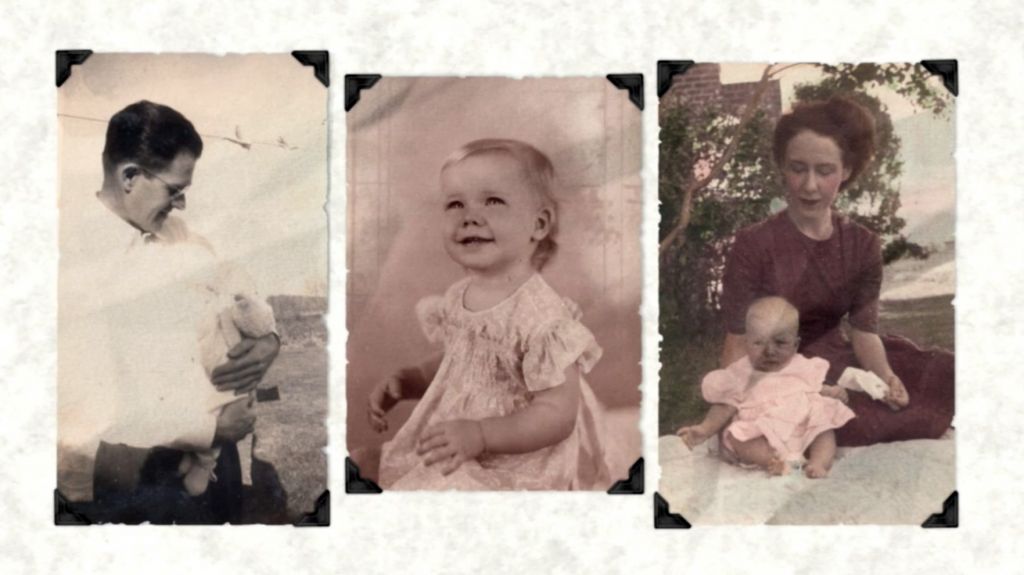 JANIS WAS A BRIGHT, PRECOCIOUS CHILD with a winning smile and a manner about her that charmed people. She had a full face, small, twinkling blue eyes, a broad forehead that Mother always said showed her intellect, and fine, silky blond hair that had a soft curl in it. For special occasions Mother fixed it in ringlets pulled and draped to the side. Otherwise, it was bobbed and left to its own tousled ways. People might have found her features plain if a buoyant spirit and zest for life hadn’t overshadowed her looks. She was a child who liked people. She always made strangers welcome. Her sensitivity to others showed in a considerate willingness to go out of her way to include others in play.

Janis displayed an independence that pleased her parents when it showed her creativity and originality. At other times they gritted their teeth and were shocked by her blatant displays of disobedience and challengers to their authority. She excelled in the typical young child’s love of testing limits, whether at work or play. When she and her father played dominoes outside in the warm evening air, they would sit, he in a sleeveless undershirt and an old pair of suit pants and she in a playsuit, laying out the dominoes on a wooden stool he had made. When dark descended and the mosquitoes came out in force, they would hurry inside. One night after they had packed everything up and dashed toward the kitchen, Janis dropped the dominoes on the steps. Pop asked her to pick them up before they went inside. She clenched her jaw and defied his request. They sat amid droning and biting insects for a full two hours before she complied. 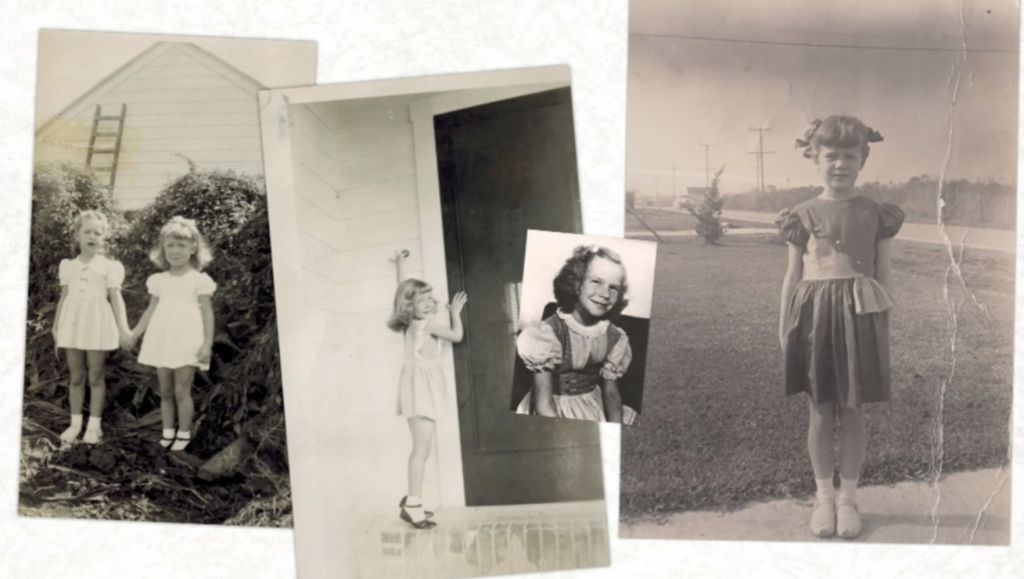 WHILE POP BROUGHT US LIFE’S IMPONDERABLES TO SAVOR, Mother laid out possibilities like a three-course meal. She never talked about limits, only about our goals and how we might reach them. The only boundaries she saw in life were found in the structures of society and its institutions. She felt that a clever person could work around those confines. Everything was merely a matter of planning and seizing the chances that came along.

Our lives were filled with the blossoming of opportunity. Income was up over 200 percent since the end of the war, and people used the extra money to provide for their children the things that they had lacked growing up. We were a generation of indulged young ones.

Mom was quick to follow up on an interest expressed by her children, especially if it was artistic in nature. Janis’s innate drawing talents gave Mother the perfect opportunity to rise to the occasion. She bought beautiful full-color books of the masterpieces of art that hung in all the museums of the world. If we couldn’t get the culture, then she would bring it to us. Mom also arranged private art lessons for Janis with the best teacher in town. Janis drew constantly. Roger Pryor, the handsome and confident boy next door, watched Janis spend hours sketching the horse that his family staked in the neighborhood. Janis told him, “Horses are particularly hard to draw because the distance from the neck to the head is different than from the neck to the tail.” She worked at it until she got it right. Then she was pleased.

Mom believed that it took only a little extra effort to turn something good into something excellent. She explained that wanting to give her kids choices came from her early life. Even in her seventies she complained half-bitterly about being given plain oatmeal for breakfast for eighteen years. She let her kids choose their breakfast and much of the rest of their lives as well.

Mother was the best teacher I’ve ever known. Her gift was based on that trait all inspiring teachers have—a genuine faith in the ability of those she taught. She thought being human was about learning; therefore, it wasn’t a foreign process—it was as natural as breathing in and out. She believed that people only needed opportunity.

Learning from Mom was an everyday experience, a manner of interacting as our paths crossed in the house. We sang a lot, as kids do, just aimless tunes thrown into the air for the sheer fun of doing it. Mom often stopped what we were doing for an impromptu lesson. “When you sing, stand up straight and provide support from here”—she would poke my diaphragm.

“That’s better, can you hear it?” she would ask. “Enunciate, enunciate. Put the endings on your words. Your audience can’t understand you otherwise.” Sometimes we looked at each other and laughed, waving at the nonexistent audience we were supposed to be entertaining. Then Mom would pick up the laundry and be off about her business. 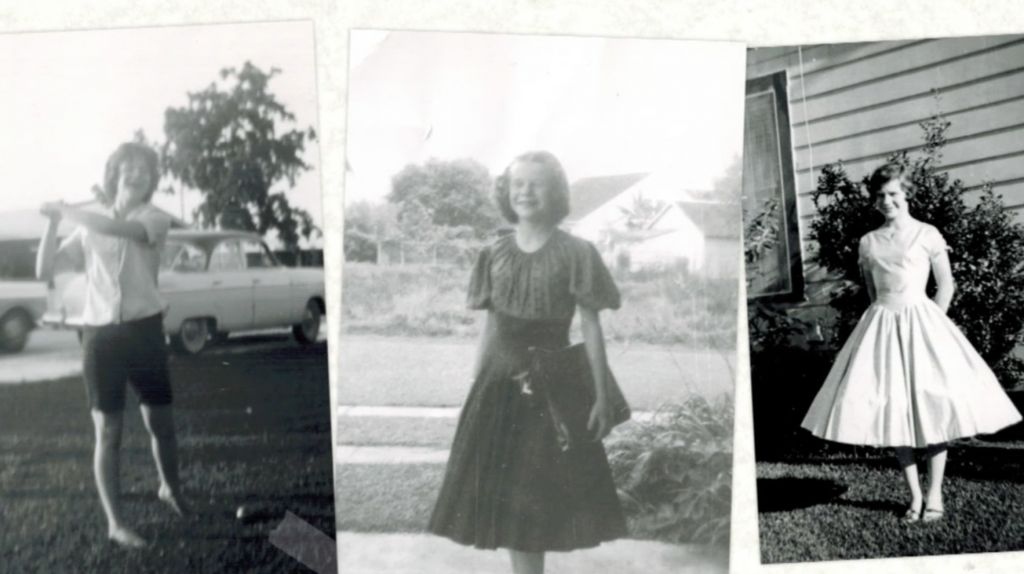 Janis as a teenager, as seen in Janis Joplin: Little Girl Blue.

— Excerpted from Laura Joplin’s Love, Janis, published by HarperCollins in 2005, and included here by permission.