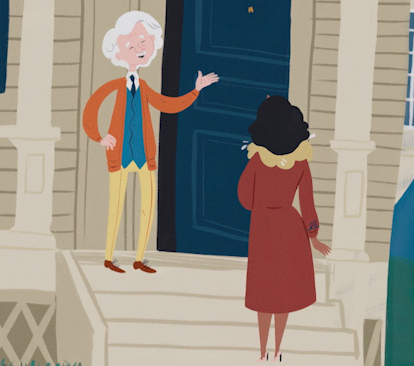 Despite her international renown, opera singer Marian Anderson was subject to discrimination while touring the United States. Often, she was turned away from hotels which didn’t serve Black customers. In 1937, Anderson gave a performance at the McCarter Theatre—a concert hall in Princeton, New Jersey. Although the performance drew a packed audience with glowing reviews, Anderson was denied a room in Princeton’s Nassau Inn, which held a whites-only policy.

Living and working in Princeton, Dr. Albert Einstein was an audience member at the concert. Hearing of the denial, he extended Anderson a personal invitation to stay at his home—marking the beginning of their unexpected friendship. On their first encounter, Anderson recalled:

“I remember thanking him from the bottom of my heart and he seemed just sort of to brush it aside. . . Dr. Einstein greeted one warmly and said, ‘We are very happy that you can come and welcome into our home.'”

For the next 18 years, Anderson stayed with Einstein whenever she was in town to give a concert. While Anderson’s role as a civil rights figure was solidified with her iconic performance at the Lincoln Memorial (in front of an integrated audience of over 75,000 people), few were aware of Einstein’s activism. The book “Einstein on Race and Racism” reveals that Einstein was public with his stance on civil rights, though it often went unpublicized by white media. In 1946, he made a public appearance at Lincoln University, where he accepted an honorary degree. Although there is no known recording of his speech, there was coverage from Black press, including this quote:

Einstein related racism in the United States to his experience with antisemitism and fleeing Nazi Berlin. He shared in an interview:

“Being a Jew myself, perhaps I can understand and empathize with how Black people feel as victims of discrimination.”

Princeton was a segregated town in Einstein’s lifetime, but residents recalled that he would would frequently walk through Black communities. When NAACP founding member W.E.B. Du Bois was under a federal investigation, Einstein offered to appear as a character witness. In 2013, the NAACP shared a Facebook post confirming that Einstein was a member of its organization, citing a letter he wrote to Du Bois:

“Race prejudice has unfortunately become an American tradition which is uncritically handed down from one generation to the next. The only remedies are enlightenment and education.”

Although Einstein condemned prejudice toward Black Americans within the United States, his writing expressed in private diaries from the early 1920s reveal xenophobic beliefs and derogatory comments toward various countries and peoples. [Editor’s note: A compilation of Einstein’s journals were published by Princeton University Press in “The Travel Diaries of Albert Einstein: The Far East, Palestine, and Spain, 1922-1923.” Excerpts from these diaries are quoted in Smithsonian Magazine and The Guardian.] Whether Einstein’s opinions ever evolved from those diary entries is left up only to speculation. “It would be easy to say, yes, he became more enlightened . . . On one hand, he was very generous and very favorable . . . But there’s also these statements that one should not ignore,” said Ze’ev Rosenkranz, editor of “The Travel Diaries of Albert Einstein.”

Instead, we must reconcile with Einstein as a multi-dimensional person—one who may have held contradictory beliefs, privately and personally. Rosenkranz writes in his introduction, “It seems that even Einstein sometimes had a very hard time recognizing himself in the face of the other.”

From all accounts, the connection Einstein had with Marian Anderson was one built on genuine mutual respect. In 1955—the same year Anderson would make her groundbreaking performance at the Metropolitan opera—she stayed one last time with Einstein, then nearing the end of his life.

In a letter dated February 25th, 1977, Einstein’s youngest stepdaughter, Margot Einstein, wrote to Anderson expressing the impact the Lincoln Memorial concert had on her: 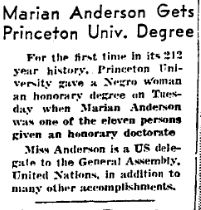 “Hundreds of people will come to thank you and to wish you well. I am one of them. Please, allow me to tell you something I never spoke out before. It was years ago . . . I did not know what was waiting for me. When you entered the stage I immediately felt your whole personality, your dignity, your center and—beauty . . . something cut deep into my heart it was like pain . . . in the middle of the night—I woke up. Tears were running down my face. I cried—as when the pain of the whole world came out of me. It never happened before . . .”

In 1959, Marian Anderson received an honorary degree from Princeton University, becoming the first Black woman to do so. Although Einstein had since passed away, she once again stayed in their home. “I think if you have something to offer which can help a situation, then I think you should do it in your own manner,” said Anderson of using one’s celebrity to advocate for marginalized groups. Though Einstein cannot be exonerated for his xenophobic views, his empathy for racial prejudice against Black Americans still resonates. In their “own manner,” both Anderson and Einstein supported change in their respective communities and from that grew a profound friendship.

SHARE
STREAM WITH PASSPORT
Marian Anderson: The Whole World in Her Hands
About the Masters 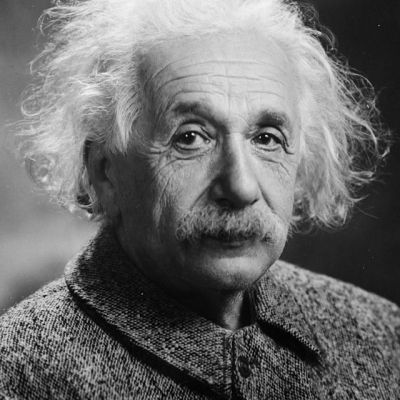