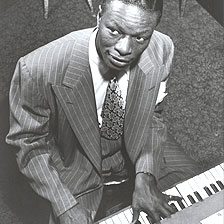 The AMERICAN MASTERS documentary on singing legend Nat King Cole offers a personal glimpse into Cole’s family life through interviews with his wife and two of his five children, including his eldest, Carole Cole, the CEO of King Cole Partners. As CEO, Cole works in concert with her siblings and presides over all issues that pertain to their father’s name, likeness, catalogs of published songs, and recorded music. Below, Carole Cole discusses life with her famous father:

Q: Please share one of your favorite memories of your father.

Carole Cole: I was always impressed with my father’s appreciation of music, musicians, and songwriters. Via recordings, radio, and live performances, he would listen to every genre of music imaginable and always found sounds that he liked. Dad also enjoyed the music of other cultures and made it a point to sing at least one of his signature tunes in the language of the country he was visiting. As a teenager, I was playing the great rhythm and blues or rock and roll artists of my generation. It meant a lot to me that dad found time to listen to “my music” seriously and he usually enjoyed it. We even developed a practice of sharing records: he’d introduce me to the new Ella Fitzgerald, Rosemary Clooney, or Count Basie records and I’d introduce him to the new Fats Domino, Chuck Berry, or Smokey Robinson & The Miracles. Clearly, dad had a huge impact on my eclectic appreciation of music.

Q: How would you describe his personality and his style?

C. Cole: Like many artists, dad was kind of a shy guy but he had a talent for making everyone else feel comfortable. He was a generous, kind, and loyal friend. He was also the essence of cool but his fame never influenced his behavior. In the vernacular of today, he knew all about “keeping it real.” In addition to his love of music, he loved sports and he loved to laugh. Some of his favorite folks were comedians and people that laced their conversations with outrageous jokes and wisecracks. Style? Dad exuded a classic elegance even when he was casually dressed. He was so fashionable and sharp, a friend of mine suspected the origin of the term “natty dresser” was a reference to Nat. Tellingly, dad’s influence can still be seen among the best menswear fashions of today.

Q: What did you learn about your father from the AMERICAN MASTERS film, “The World of Nat King Cole?”

C. Cole: The film allowed me to gain a better sense of the way things were when dad was growing up in Chicago. It was great to hear the late John Johnson — founder and publisher of Ebony Magazine — reminisce about the days when he and Nat attended the same high school. As a fan of all the celebrities spotlighted in the film, I was personally thrilled to hear how they felt about my father. The spontaneous and insightful contributions of Harry Belafonte, Stevie Wonder, BB King, Carlos Santana, Quincy Jones, Harry Connick Jr., André Benjamin, and Isaac Hayes redefine the word “priceless.” Recognition from such musical royalty would have warmed dad’s heart. I continue to marvel at Whoopi Goldberg’s profound and hilarious remarks coupled with the experiences shared by director Baz Luhrman and tasty anecdotes from family and friends.

Q: Why do you think his music continues to be so popular?

C. Cole: Perhaps there’s a smile and warmth in the very sound of a Nat King Cole vocal that strikes a personal chord with people. Perhaps the spirit of this chord and the way he phrases the lyric inside of a song resonates across cultural and generational lines. Or, perhaps his music contains the energy that remains unforgettably enchanting. Whatever it is, the name of Nat King Cole exists on that list of artists that stand the test of time.

Q: Were you aware growing up of the prejudice your father endured?

C. Cole: Yes, of course. Not only was I aware of the prejudice that was part of the landscape of our lives, I was aware that as a family, it was crucial for us to confront and challenge the various prejudices we encountered on a daily basis. Our lives went far beyond the obstacles associated with integrating the neighborhood we lived in or the schools we attended. We understood the significance of dad’s public image and our inherited visibility as a family representing black America. Following our parents’ lead, we were taught that prejudice and racism were the result of ignorance; and even though it was sometimes a difficult price to pay, we learned the value of teaching by example.

Q: If Nat King Cole came along today, do you think the music industry and public would embrace his music?

C. Cole: In spite of the enormous advances in technology and the complexities within the corporate structure of the recording industry, I believe Nat King Cole would be a major artistic force in the 21st century. As before, he would be a pioneer and innovator. He might be even more musically diverse and more politically active. Based on his additional interests in the twilight of his career, I suspect he would also be inclined to become a producer of new and emerging artists. In my view, dad’s instinctual connection to the public and his love for performing would certainly serve him well in any era, time, or space. 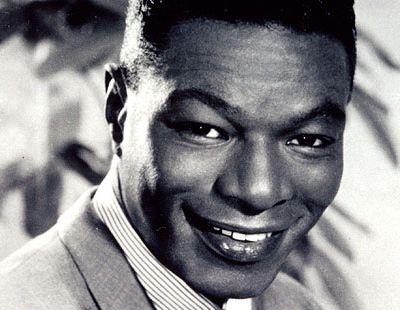 Clint Eastwood: Out of The Shadows
Pearl Jam Twenty
B.B. King: The Life of Riley
Sister Rosetta Tharpe: The Godmother of Rock & Roll
Lou Reed: Rock and Roll Heart
Lillian Gish: The Actor's Life for Me