The iconic anti-war song “Universal Soldier” was written with the question on Buffy Sainte-Marie’s mind: “Who’s responsible for war?” In Sainte-Marie’s frank answer, we all have an individual responsibility. 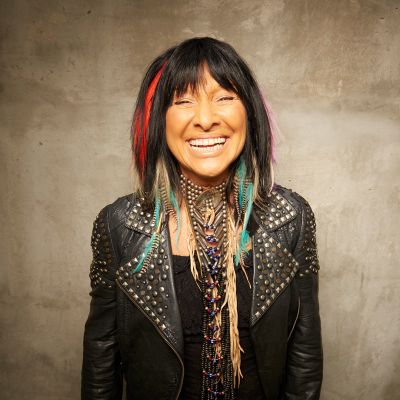 - I had to spend the night in San Francisco Airport because I was trying to get to Toronto.

And in the middle of the night, a group of medics came in and they were wheeling wounded soldiers.

And I got to talking to one of the medics and they explained to me that yes, indeed, there's a horrible war going on in Vietnam.

Because we were being told that there was no war.

(acoustic guitar music) And I just got to thinking who is it who's responsible for war?

♪ He's five-foot-two and he's six-feet-four ♪ Is it these poor, wounded soldiers who, you know, they're lying there?

And in a way there's some responsibility right there.

♪ He's all of 31 ♪ ♪ And he's only 17 ♪ ♪ He's been a soldier for 1,000 years ♪ Then I got to thinking about what about career military officers who spend their whole lives learning how to make war better.

♪ He says it's for the peace of all ♪ So there's some responsibility there, I'm thinking.

♪ Who's to live and who's to die ♪ ♪ And he never sees the writing on the wall ♪ But who is it who actually makes the phone call to actually start a war?

And now I thought I had it.

♪ But without him how would Hitler ♪ ♪ Have condemned him at Dachau ♪ ♪ Without him Caesar would've stood alone ♪ But in this world that we're living in in North America, who is it that elects the politicians?

It's about individual responsibility for the world we're living in.

(Buffy singing and talking) He's the Universal Soldier and really is to blame.

But his orders come from far away no more.

They come from him and you and me.

And brothers can't you see?

This is not the way we put an end to war.

Benny Goodman: Adventures in the Kingdom of Swing
Sam Cooke
Patsy Cline
John Cage: I have Nothing to Say and I'm Saying It
Billie Holiday: The Long Night of Lady Day
Cab Calloway: Sketches