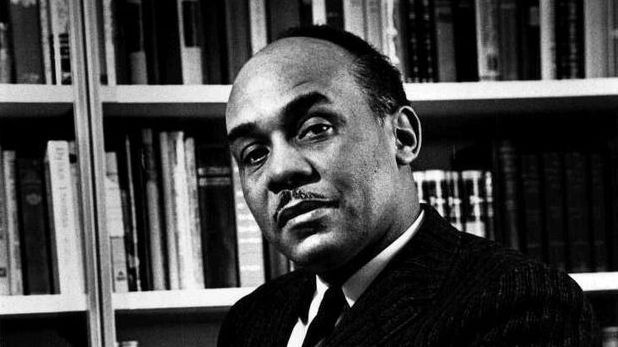 In writing INVISIBLE MAN in the late 1940s, Ralph Ellison brought onto the scene a new kind of black protagonist, one at odds with the characters of the leading black novelist at the time, Richard Wright. If Wright’s characters were angry, uneducated, and volatile — the consequences of a society that oppressed them — Ellison’s Invisible Man was educated, articulate, and acutely self-aware. Ellison’s view was that the African-American culture and sensibility was far from the downtrodden, unsophisticated picture presented by writers, sociologists and politicians at the time, both black and white. He posited instead that blacks had created their own traditions, rituals, and a history that formed a cohesive and complex culture that was the source of a full sense of identity. When the protagonist in INVISIBLE MAN comes upon a yam seller (named Petie Wheatstraw, after the black folklore figure) on the streets of Harlem and remembers his childhood in a flood of emotion, his proclamation “I yam what I yam!” is Ellison’s expression of embracing one’s culture as the way to freedom.

If Wright’s protest literature was a natural outcome of a brutal childhood spent in the deep South, Ellison’s more affirming approach was born of a very different background in Oklahoma.  A  “frontier” state unburdened by the brutal history of Southern slavery, Oklahoma was in Ellison’s words “a dream world,” where for a time Blacks were able to establish wholly self-determined, prosperous communities. Although a contemporary recalled that the Ellisons were “among the poorest” in Oklahoma City, Ralph still had the mobility to go to an excellent school, and the motivation to find mentors, both black and white, from among the most accomplished people in the city. His best friend’s father was a prominent physician who allowed Ralph free reign in his enormous library. First intending to become a musician, the teenage Ellison was first trumpet chair and student conductor in the Douglass High School orchestra, and took trumpet and composition lessons from the German born conductor of the Oklahoma City Junior Symphony Orchestra, in exchange for mowing his lawn. But at the same time the young Ellison was a fixture on “Deep Second” — Oklahoma City’s legendary jazz section where Count Basie, Duke Ellington, Louis Armstrong and other greats regularly passed through.

Ralph Ellison’s life-long receptivity to the variegated culture that surrounded him, beginning in Oklahoma City, served him well in creating a new take on literary modernism in INVISIBLE MAN. The novel references African-American folktales, songs, the blues, jazz, and black traditions like playing the dozens — much as T.S. Eliot and James Joyce had referenced classical Western and Eastern civilization in THE WASTELAND and ULYSSES. In his book Ellison absorbs and extends the techniques and innovations of literary modernism, but with the added difference that for Ellison, his modernist narrative was a vehicle for inscribing his own and the black identity — as well as a roadmap for anyone experiencing themselves as “invisible,” unseen. Time magazine essayist Roger Rosenblatt would say: “Ralph Ellison taught me what it is to be an American.”

INVISIBLE MAN won the National Book Award for fiction in 1952 — the first book by an African American to do so — winning out over the giants Hemingway and Steinbeck.  In his acceptance speech Ellison said: “I was to dream of a prose which was flexible, and swift as American change is swift, confronting the inequalities and brutalities of our society forthrightly, but yet thrusting forth its images of hope, human fraternity, and individual self-realization.”

Unlike the protest writers and later black separatists, to Ralph Ellison America did offer a context for discovering authentic personal identity; it also created a space for African-Americans to invent their own culture. And in Ellison’s view, black and white culture were inextricably linked, with almost every facet of American life influenced and impacted by the African-American presence — including music, language, dance, folk mythology, clothing styles and sports. Moreover, he felt that the task of the writer is to “tell us about the unity of American experience beyond all considerations of class, of race, of religion.” In this Ellison was ahead of his time and out of step with the literary and political climates of both black and white America; his views would not gain full currency until the 1980s.

In his own life, Ellison’s interests were as far ranging as his “integrative” imagination. He was expert at fishing, hunting, repairing car engines, and assembling radios and stereo systems. His haberdasher in New York said that he “knew more about textiles than anyone I’ve ever met,” and his friend Saul Bellow called him a “thoroughgoing expert on the raising of African violets.” He was also an accomplished musician, photographer, and sculptor. The scope of Ellison’s mind and vision may have contributed to the growing unwieldiness of his much-awaited second novel, which he toiled over for forty years. He planned it as three books, a saga that would encompass the entire American experience. The book was still unfinished when Ellison died in New York in 1994 at the age of eighty.

INVISIBLE MAN and the essays in SHADOW AND ACT and GOING TO THE TERRITORY — along with the final novel, JUNETEENTH, which was published posthumously in 1999 — were transformative in our thinking about race, identity, and what it means to be American. On the power of four books, Ellison both accelerated America’s literary project and helped define and clarify arguments about race in this country.  Ellison’s outlook was universal: he saw the predicament of blacks in America as a metaphor for the universal human challenge of finding a viable identity in a chaotic, sometimes indifferent, often hostile world. The universality and accomplishment of Ellison’s writing can be seen in the breadth of his influence on other writers, from Toni Morrison and August Wilson to Kurt Vonnegut and Joseph Heller. Now more than half a century after the publishing of INVISIBLE MAN, Ralph Ellison’s voice continues to speak to us all.

Novels and Essays by Ralph Ellison

A DVD of “Ralph Ellison: An American Journey”, containing an additional hour of video commentary and analysis can be purchased from California Newsreel. 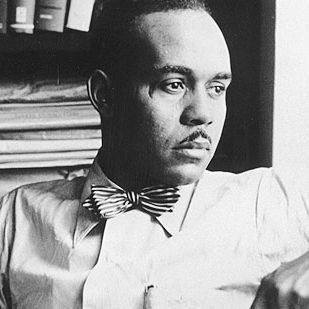