Known primarily for his role as the host of television’s THE TWILIGHT ZONE, Rod Serling had one of the most exceptional and varied careers in television. 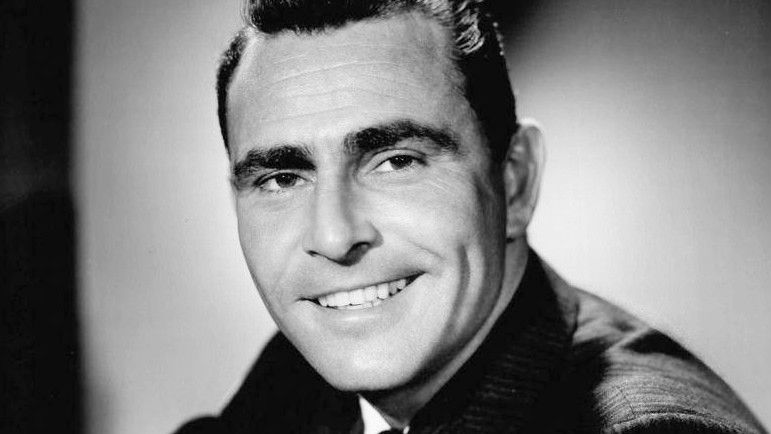 Known primarily for his role as the host of television’s THE TWILIGHT ZONE, Rod Serling had one of the most exceptional and varied careers in television. As a writer, a producer, and for many years a teacher, Serling challenged the medium of television to reach for loftier artistic goals. The winner of more Emmy Awards for dramatic writing than anyone in history, Serling expressed a deep social conscience in nearly everything he did.

Born in Syracuse, New York in 1924, Rod Serling grew up in the small upstate city of Binghamton. The son of a butcher, he joined the army after graduating from high school in 1942. His experiences of the working-class life of New York, and the horrors of World War II enlivened in him a profound concern for a moral society. After returning from the service, Serling enrolled as a physical education student at Antioch College, but before long realized that he was destined for more creative endeavors.

Changing his major to English literature and drama, Serling began to try his hand at writing. As a senior, after marrying his college sweetheart, Carolyn Kramer, he won an award for a television script he had written. Encouraged by the award, Serling started writing for radio and television. Beginning in Cincinnati, he soon found a home for his unique style of realistic psychological dramas at CBS. By the early 1950s he was writing full-time and had moved his family closer to Manhattan.

Serling had his first big break with a television drama for NBC, called PATTERNS. Dealing with the fast-paced lives and ruthless people within the business world, PATTERNS was so popular it became the first television show to ever be broadcast a second time due to popularity. Throughout the 1950s he continued to write probing investigative dramas about serious issues. He was often hounded by the conservative censors for his uncompromising attention to issues such as lynching, union organizing, and racism. Television dramas including REQUIEM FOR A HEAVYWEIGHT and A TOWN HAS TURNED TO DUST, are still considered some of the best writing ever done for television.

Fed up with the difficulties of writing about serious issues on the conservative networks, Serling turned to science fiction and fantasy. Through an ingenious mixture of morality fable and fantasy writing, he was able to circumvent the timidity and conservatism of the television networks and sponsors. Self-producing a series of vignettes that placed average people in extraordinary situations, Serling could investigate the moral and political questions of his time. He found that he could address controversial subjects if they were cloaked in a veil of fantasy, saying “I found that it was all right to have Martians saying things Democrats and Republicans could never say.”

The series was called THE TWILIGHT ZONE and was incredibly popular, winning Serling three Emmy Awards. As the host and narrator of the show, he became a household name and his voice seemed always a creepy reminder of a world beyond our control. The show lasted for five seasons, and during that time Serling wrote more than half of the one hundred and fifty-one episodes. But for Serling, television was an inherently problematic medium—requiring the concessions of commercials and time restrictions.

For much of the 1960s and into the 1970s Serling turned to the big screen, writing films that included a remake of REQUIEM FOR A HEAVYWEIGHT (1962), THE YELLOW CANARY (1963), and ASSAULT ON A QUEEN (1966). His most famous, however, was the classic PLANET OF THE APES (1968), co-written with Michael Wilson. Similar to his early work on THE TWILIGHT ZONE, THE PLANET OF THE APES was a moralistic tale of contemporary life told through a science-fiction fantasy in which Apes have taken over the world. Dealing with question of how we act as a society and how we view ourselves as moral beings, PLANET OF THE APES was a culmination of Serling’s career-long interests as a writer.

By the early 1970s, he found a job teaching in Ithaca, New York. Continuing to write for television, he sought to impart a sense of moral responsibility and artistic integrity to the new generation of television writers. In June of 1975, he died of a heart attack. Today, more than twenty-five years after his death, Serling’s legacy continues to grow. His television and cinematic works have reached cult status—enlivening a new interest in one of the great early writers of American television. 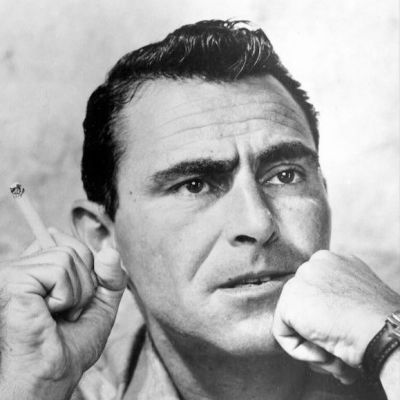