In honor of the centennial of Baseball Hall of Famer Ted Williams, American Masters presents a new biography of the Boston Red Sox player who may have been the greatest hitter who ever lived.

During his remarkable career with the Boston Red Sox, Ted Williams earned many nicknames – The Kid, The Splendid Splinter and Teddy Ballgame, but the only nickname that he wanted was “the greatest hitter who ever lived.” In that pursuit, he combined his preternatural gifts with a fierce work ethic to become widely regarded as one of the greatest ever to play the game of baseball and in the process elevated the science of hitting in ways still emulated today.

The documentary explores not only the Baseball Hall of Famer’s remarkable on-field accomplishments but also his complicated relationships with his family, teammates, press, fans and himself.

Through never-before-seen archival footage and in-depth interviews with those who knew and studied Williams, including his daughter Claudia Williams, author/journalist Ben Bradlee, Jr., veteran baseball writer Roger Angell and award-winning broadcasters Bob Costas and the late Dick Enberg, the documentary demonstrates the power of the heroic myth-making culture in which Williams flourished. Lesser-known topics explored in the film include Williams’ Mexican-American background, his experiences serving during World War II and the Korean War, and his deep rage over his mother’s virtual abandonment of him and his younger brother.

Narrated by Emmy- and Golden Globe-winning actor Jon Hamm, Ted Williams: “The Greatest Hitter Who Ever Lived” also looks at the legendary player’s impact on the game of baseball and his relevance in the almost 60 years since his retirement, highlighted by Williams’ iconic achievement — he is the last player to hit over .400, finishing the 1941 season batting .406. Former players including Baseball Hall of Famers Willie McCovey and Wade Boggs, three-time All-Star Jim Kaat, and current Cincinnati Reds first baseman and former National League MVP Joey Votto share how Williams’ philosophy, commitment to greatness and approach to hitting influenced them in the film.

“Ted Williams was a fascinating, complicated man and this film really covers all the issues he was dealing with on top of baseball,” said David Ortiz, the recently retired Boston Red Sox 10-time All-Star and executive producer for Big Papi Productions. “Mr. Williams is such a part of baseball and Boston even today. This is a great project that really looked at his whole life and I’m proud to be a part of it.” 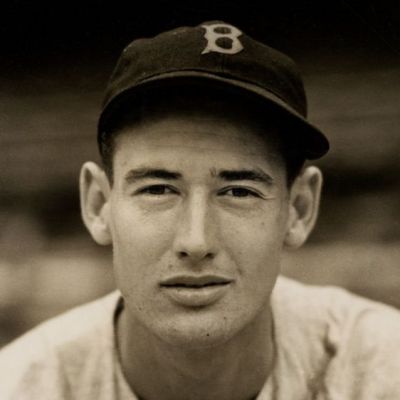 About Major League Baseball
Major League Baseball (MLB) is the most historic professional sports league in the United States and consists of 30 member clubs in the U.S. and Canada, representing the highest level of professional baseball. Major League Baseball is the best-attended sport in North America, and since 2004, MLB has enjoyed its best-attended seasons in the history of the game, with each regular season eclipsing the 73 million mark. Now led by Commissioner Robert D. Manfred, Jr., MLB currently features record levels of labor peace, competitive balance and industry revenues, as well as the most comprehensive drug-testing program in American professional sports. MLB remains committed to making an impact in the communities of the U.S., Canada and throughout the world, perpetuating the sport’s larger role in society and permeating every facet of baseball’s business, marketing and community relations endeavors. With the continued success of MLB Advanced Media and MLB Network, MLB continues to find innovative ways for its fans to enjoy America’s National Pastime and a truly global game. For more information on Major League Baseball, visit www.MLB.com.

About Albert M. Tapper Productions
Producer of the Peabody Award-winning documentary “Broadway Musicals: A Jewish Legacy” as well as the hit documentary film, “Broadway…The Golden Age,” which played in theaters across the country, Al Tapper is a successful author, composer, lyricist, television producer and entrepreneur. Tapper has written five off-Broadway musicals. His show, “An Evening at the Carlyle,” which played at the Algonquin Theater in New York City, was chosen by United Press International as “the hit of the season.” Tapper has authored five books including “A Guy Goes Into a Bar,” and the novella “Conversations with Max.” Outside of the entertainment field, Al has made venture capital investments in financial institutions, medical and sports products.

Support for Ted Williams: “The Greatest Hitter Who Ever Lived” is provided by Harvey and Andrea Rosenthal and the Michael and Helen Schaffer Foundation.

He was a beauty to watch.

His swing was a work of art.

His bat being the brush and Fenway Park is the canvas.

He was obsessed with hitting.

He was so focused and when you're that focused you can't really be a great husband.

When you're that focused you're not really a great father.

He actively concealed that he was Mexican-American.

Ted Williams parents who never saw him play a single game of major league baseball He had a boiling anger.

The world hates me. Everybody's against me.

And I'm gonna show them.

He said in order to hit 400 he says you gotta be loose.

When he walked in the room even if you didn't know one thing about baseball you'd say, 'That's somebody. Who's that?'

Any sport, anything really whether it be tying a fly, he wanted to be the best.

I got down to low and I got hit with small ground fire.

The plane was on fire.

I said well if there''s a goddam Christ, this is the time ol'' Teddy Ballgame needs ya.

I said, you are John Wayne. And he goes, yeah, I know it.

It is really, really difficult to be the queen on the chessboard.

When people criticized him, he lashed out at them I think he was lonely. I think that he had a difficulty making attachments.

There was not that big a crowd that day, only about 10,000 but they were all standing and you knew what they wanted and can you deliver in that situation?

And his hands were bleeding.

Everything about him is interesting in this gnarled, difficult way.

What's the matter with him? You constantly ask about that. What's wrong with this guy?

What a weirdo. What a great hitter. Ha.